Home Planet Earth Alien hunters claim to have ‘100 percent evidence’ of a UFO on... 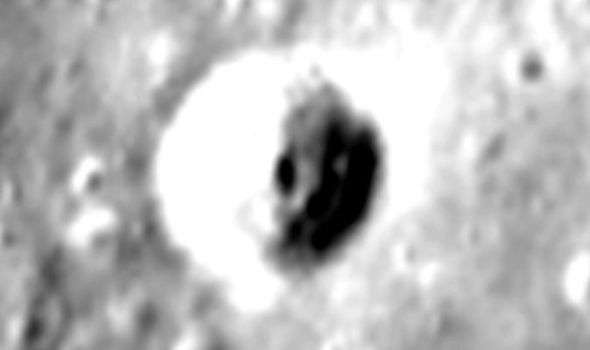 ALIEN hunters believe they have “100 percent proof of alien life” after spotting what they claim to be a UFO on the Moon.

A UFO which is at least 50 miles long has been spotted on the Moon, according to conspiracy theorists. Alien enthusiasts analysing images of the Moon saw what they claim is a UFO, complete with a visible cockpit and anchoring arms. However, the person who made the finding, Scott C Waring, claims many untrained people will be unable to see it.

Mr Waring wrote on his blog ET Database: “Here is something that may be hard to see for some people. I believe about 25 percent may not see what is there.

“Our eyes need time to get used to black and white, so if you cant see the structure in the crater, don’t worry, come back tomorrow and try again.

“The Google ruler says its 50 miles across. There is a long black structure in this crater. The top has a huge black window cockpit area. There are three small arms coming out the back of the craft.

“It looks like the arms are anchoring onto the side of the crater. Absolute proof of alien life on our moon. 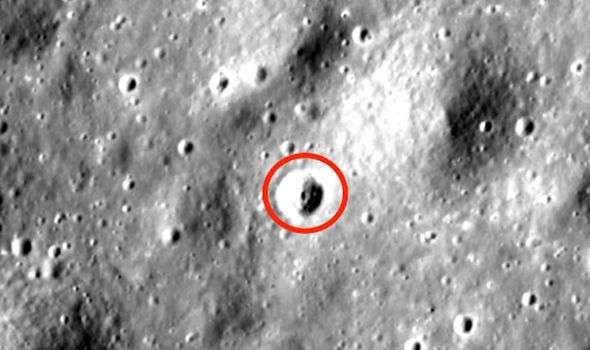 “It always seems impossible until it’s been done. So… there you go.” 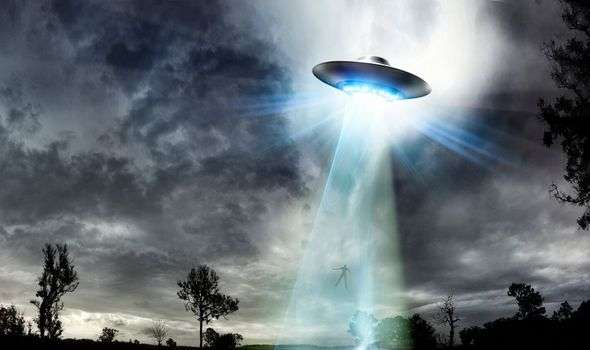