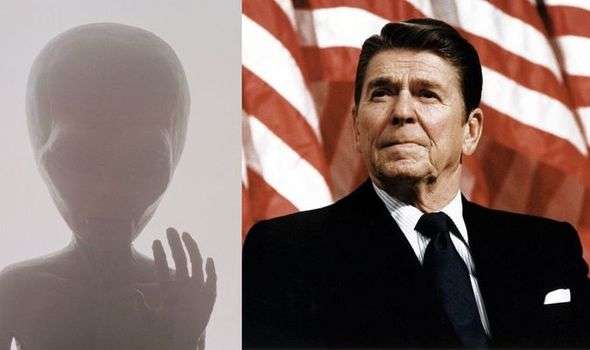 PRESIDENT Ronald Reagan subtly attempted to declassify the existence of aliens, a conspiracy theorist has claimed.

Ronald Reagan, who served as the 40th president of the United States from 1981 to 1989, attempted to warn the public about the existence of aliens, according to a new claim. During the decades-long Cold War between Russia and the US, President Reagan attempted to calm the tension between the two powerhouses by stating there is not much difference between them.

In doing so, the president asked the United Nations to imagine how quickly humanity would come together if it was confronted by an extraterrestrial civilisation.

In one speech to the UN, President Reagan said: “What if all of us in the world were threatened by an outer power, from outer space, from another planet.

“We would all of a sudden find out that we didn’t have any differences at all.”

In another, he said: “Perhaps we need some outside, universal threat to make us recognize this common bond. 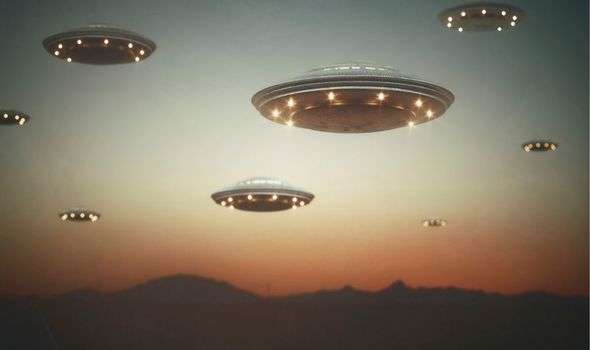 “I occasionally think how quickly our differences worldwide would vanish if we were facing an alien threat from outside this world.”

While most people saw this as an attempt to defuse simmering tensions between the US and the then Soviet Union, one person believes President Reagan was trying to subtly warn the public of aliens.

Prominent conspiracy theorist Scott C Waring wrote on his blog ET Database: “He really tried hard to inform the public, even when he knew it was against national security to do so.

“On Sept 16, 1983, US President Ronald Reagan gave a memorable speech in front of the United Nations. In it, he subtly suggests that aliens exist and that all of humanity could be lost if they decide to attack. 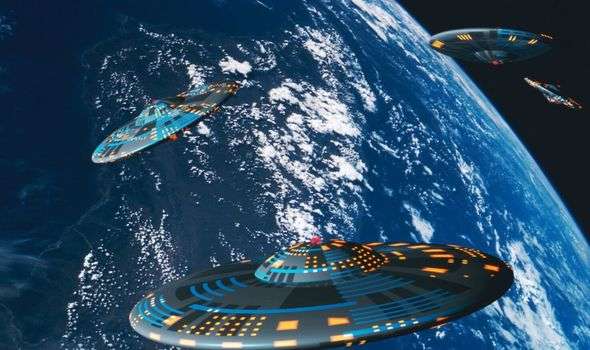 “Of course President Reagan had inside information from the CIA and NASA and was told that aliens do exist.

“But he couldn’t just come out and say so without breaking national security rules.

“So instead, he subtly hinted to the rest of the world leaders about what he had learned from the CIA and NASA. He also knows that a small percentage of the other presidents at the United Nations meeting also knew about the existence of aliens.

“Now pondering about world peace is nice, but I feel that President Reagan felt a weight on his shoulders, a burden of carrying this knowledge of the existence of aliens.

“Remember its was the 1980s and back they the technology was very inferior to today tech marvels. It must have been very frightening for him to know that aliens existed, but to have so few people he could sit down and talk about this subject openly.”