AMELIA EARHART’S disappearance during her round the world flight in 1937 became an enduring mystery. Now a controversial UFO hunter believes he has discovered Earhart’s doomed plane on a remote island via Google Maps.

On May 20, 1937, Amelia Earhart and navigator Fred Noonan left Oakland, California on the first leg of their historic round-the-world flight. They disappeared 43 days later while trying to locate tiny Howland Island in the vast Pacific Ocean. In her last in-flight radio message heard by Itasca, Earhart reported flying along the 157°/337° line.

Now an an alien life conspiracy theorist claims to have solved the Amelia Earhart mystery after following the plane’s trajectory on Google Maps.

Scott Waring took to his etdatabase.com site to elaborate on his claims.

He said: “I found the legendary Lockheed Model 10-E Electra on the island of Palmyra, considered part of Hawaii.

“The island is just a few hundred miles away from where she was last seen.”

A blurry aerial image of triangular shape at the atoll’s edge can be seen surrounded by foliage at the end of a runway. 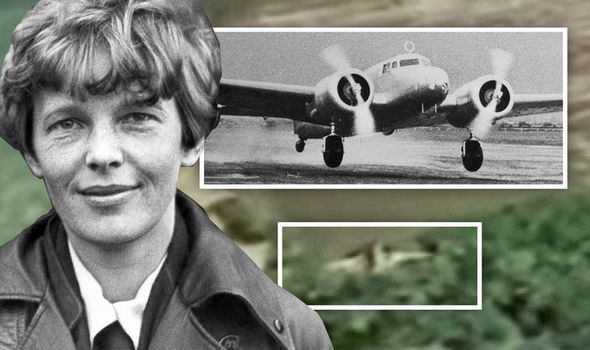 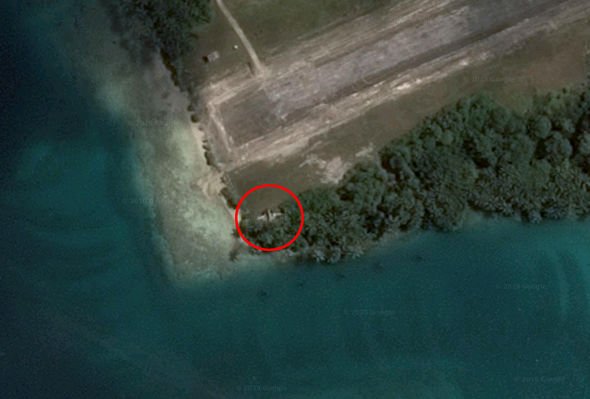 But Waring claims this runway did not exist until several years after Amelia Earhart’s disappearance.

He proceeds to use sophisticated photo editing software to measure the Google Maps anomaly.

Waring said: “This plane on Palmyra is missing its tail or perhaps its buried in the bushes behind it.

“However, its two engines are still visible as well as its in tack three blade propellers and cockpit.

“However, the plane was last seen with two bladed propellers, but she may have changed them on the trip or her last stop in New Guinea.

“Three bladed propellers may have caused a crash, as she was not supposed to use to them.”

“This all points to this being the Lockheed Electra Amelia Earhart was flying. 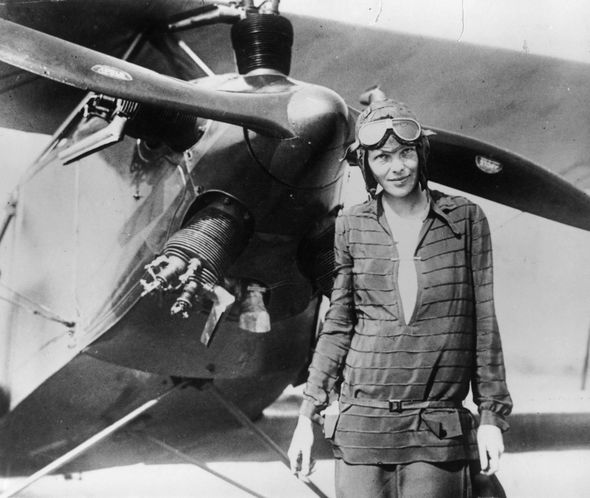 “The front part of the nose cone of the crashed plane is missing, but most of it is still intact.

“This is 100 percent proof that Amelia Earhart landed her plane on Palmyra island.”

He said: “They say the CIA was having Amelia photograph some military activity over some islands.

“Palmyra island may be the one the CIA was concerned with, because about five years later they built the runway and a US base there.

“But was she forced to land and taken prisoner by the Japanese Navy which was reported in that region?

“Also there is a report on the island of someone finding a old can with a woman skull in it and a woman’s watch in it, which just might be Amelia’s.”

However outlandish announcement was made all the more unlikely after it emerged other images of a crashed plane on Palmyra show it is different to Amelia Earhart’s. 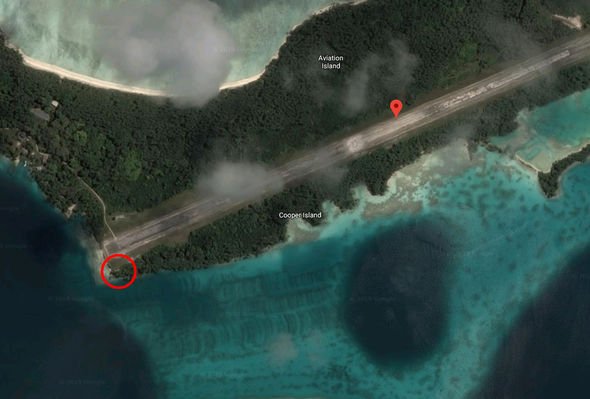 The dubious claims made by Waring quickly attracted many comments on YouTube.

Nick Brown noted the difference between the crashed plane and the one Ms Earhart was flying, commenting: “Aren’t there three propellers on the found plane? Amelia had two.”

And Arnoldskit was also unconvinced, adding: “The number of props are different Scott. How’d you miss that?

“Besides, if it were her plane, they would have connected the dots when it was first found and solved the mystery.”