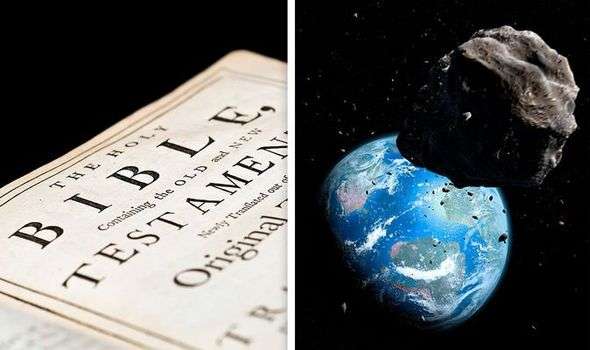 AN ASTEROID deemed safe by the world’s leading astronomers is going to strike Earth, according to a doomsday preacher’s outrageous claims – but does the Bible really predict a deep impact from space?

Asteroid Apophis will come exceptionally close to our planet on April 13, 2029, giving astronomers a chance to study it in great detail. Although scientists have ruled-out any odds of impact, some Christians evangelists believe the 1,200ft-wide (370m) space rock is a biblical harbinger of doom.

According to Christian writer Thomas Horn, a cataclysmic impact from space was foretold by the Bible’s Book of Revelation.

The Book of Revelation contains the final chapters of the Bible and describes the end of the world as envisioned by John the Apostle.

In an article for Charisma News, Mr Horn said: “Revelation 8 and the first four trumpet judgments appear to describe the different stages of a singular event – a large asteroid impact on planet Earth, which I predict is coming in 2029 in the form of the Asteroid Apophis.”

However, according to Professor Tom Meyer, a college professor who has memorised more than 20 books from the Bible, it is unlikely the Bible has warned of a literal asteroid hitting Earth in Revelation 8. 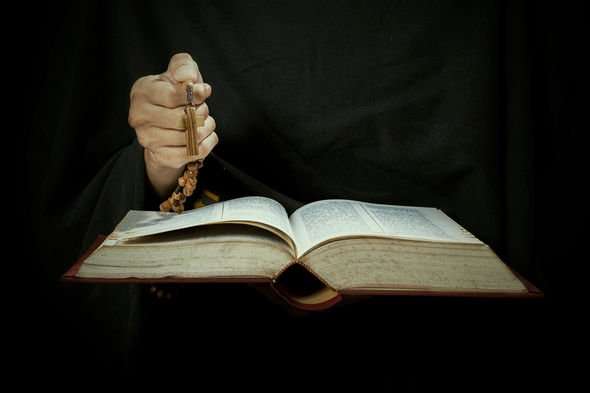 Speaking to Express.co.uk, Professor Meyer, who is popularly known as The Bible Memory Man, shared his interpretation of scripture in the Book of Revelation.

He said: “In regards to the second verse you mentioned, it likely has nothing to do with a literal asteroid.

“John the author is quoting or alluding to the Old Testament at least 700 times in Revelation.

“John is referencing here the mountain like burning figure mentioned in the Old Testament book of Jeremiah: ‘I am against thee, o destroying mountain, saith the LORD, which destroyeth all the earth… and will make thee a burnt mountain’.

“Jeremiah is predicting the destruction of the ‘mountain’ which is representative of the literal ancient city of Babylon, the icon of all ungodliness.

It likely has nothing to do with a literal asteroid

“In like manner the ‘huge mountain… thrown into the sea’ has nothing to do with a literal asteroid but to the destruction of ‘Babylon’ in Revelation 18.”

Professor Meyer did, however, say the Bible could be alluding to an asteroid threat in an earlier verse of Revelation.

Revelation 8:7 speaks of an angel sounding his trumpet and a hail of blood and fire descending upon the Earth.

DON’T MISS
Is coronavirus punishment for Christian persecution? [INSIGHT]
Coronavirus app could diagnose COVID-19 by your VOICE [INSIGHT]
Was coronavirus prophesied in the Book of Revelation? [ANALYSIS] 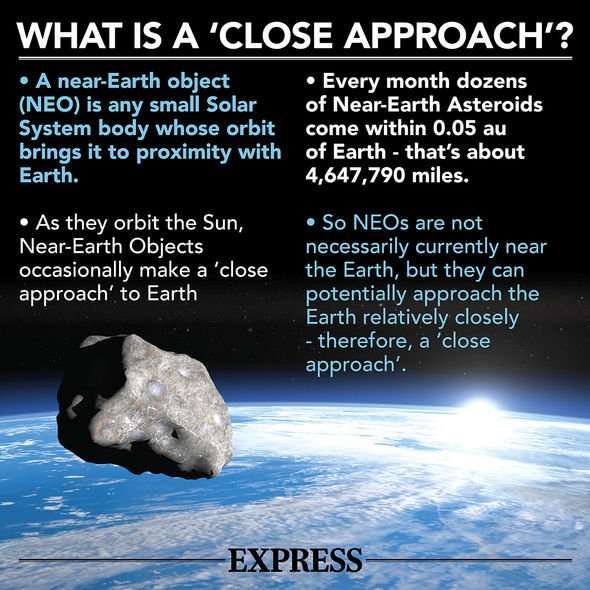 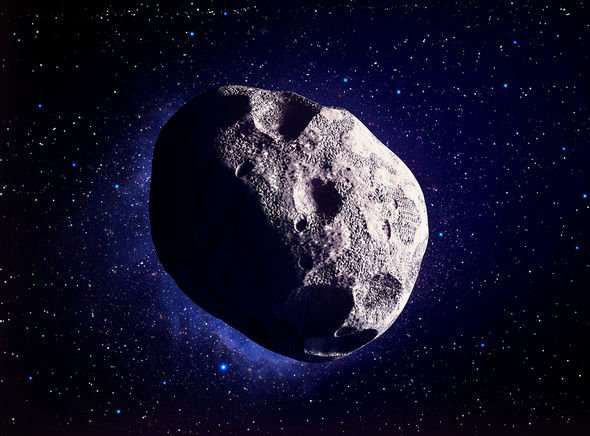 Professor Meyer said: “The first trumpet could be an asteroid, but the emphasis is not on the asteroid wiping out humanity, but destroying a third of the agricultural economy in ‘Babylon’.

“Now who or what Babylon is in the book of Revelation is a different question.”

Whatever the case may be, astronomers are certain Asteroid Apophis poses no threat to the planet whatsoever.

The near-miss will mark the closest passage of an asteroid this big.

Asteroid Apophis is estimated to measure about 1,200ft-wide (370m) across.

Don Yeomans from NASA’s Near Earth Object Program Office said: “The impact odds as they stand now are less than one in a million, which makes us comfortable saying we can effectively rule out an Earth impact in 2036.

“Our interest in asteroid Apophis will essentially be for its scientific interest for the foreseeable future.”

The US space agency knows of no asteroid or comet that threatens Earth’s safety for the next few hundred years.