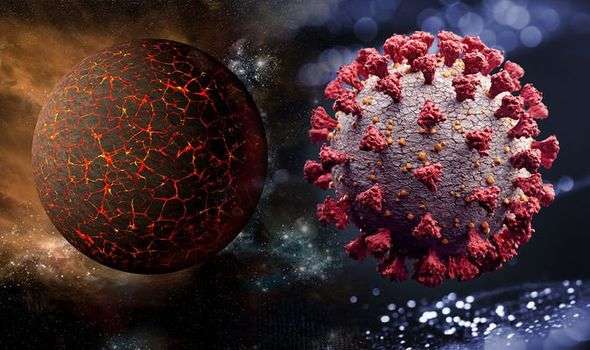 NIBIRU, the wayward Planet X, has made a comeback as conspiracy theorists online draw connections between the hoax planet Wormwood and the COVID-19 pandemic.

Nibiru was once believed to signal the end of the world, with doomsday preachers hailing its arrival on numerous occasions in 2012, 2017, 2018 and 2019. Although the world’s leading astronomers have debunked the Nibiru story many times in the past, the wayward planet has made a comeback on social media thanks to the coronavirus pandemic.

Nibiru, also known as Wormwood or Planet X, is believed to be a mystery planet or dwarf star system orbiting the Sun once every 3,600 years.

Nibiru’s arrival in Earth’s corner of space is meant to bring about death and the destruction of the human race.

Some have said Niburu was foretold by the ancient Sumerians and others have said Nibiru would hit Earth in September 2017.

Conspiracy theorists have also outrageously claimed proof of the Nibiru doomsday can be found in the Bible.

Many are now saying Nibiru is somehow tied to the coronavirus disease (COVID-19) and the clock is ticking for humanity. One person said on Twitter: “Nibiru arrive, to be here soon.

Another person said: “I think this corona virus s*** is a cover for Nibiru incoming.

A third Twitter user said: “World/America! Nibiru/Planet X will pass soon, the Poles will shift, and y’all will be bombarded with Hundreds of millions of meteorites, y’all government is lying/deceiving y’all deliberately.

“I have given y’all ample evidence! The Corona virus is man-made, and created by US!”

There is no evidence whatsoever for the existence of Nibiru

The Nibiru-Coronavirus hoax was also promoted by Marshall Masters of Your Own World USA.

In an article titled The Coronavirus-Planet X Connection, he claimed Nibiru is already visible from Earth and the world’s governments are trying to hide it from us.

He said: “All of the dancing about chairs is about power.

DON’T MISS
Is coronavirus punishment for Christian persecution? [INSIGHT]
Live map allows you to TRACK spread of coronavirus [MAP]
Was coronavirus prophesied in the Book of Revelation? [ANALYSIS] 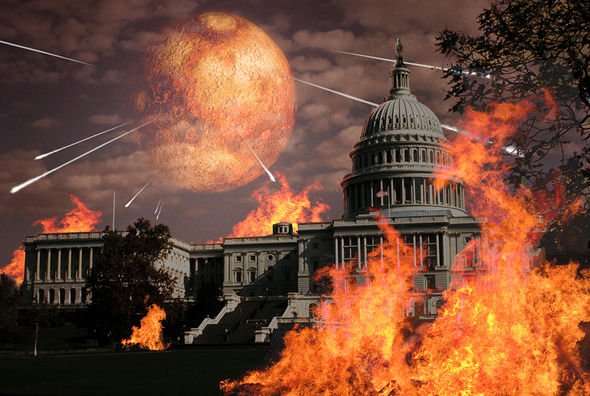 “Whoever is in power when Planet X transits our system will be in power afterwards.

“It is a winner-take-all contest, and if you do not have a chair picked out when the music stops, so do you.”

But there is no Planet X and there has never been one.

Scientists have been battling the Nibiru hoax since the 90s, with a top NASA scientist issuing a stern breakdown of why the wayward planet is physically impossible.

“There is no such planet, there never has been, and presumably there never will be – but it keeps popping up over and over.”

“The simplest thing to say is there is no evidence whatsoever for the existence of Nibiru.”

NASA also issued a statement, saying: “Nibiru and other stories about wayward planets are an internet hoax. There is no factual basis for these claims.”