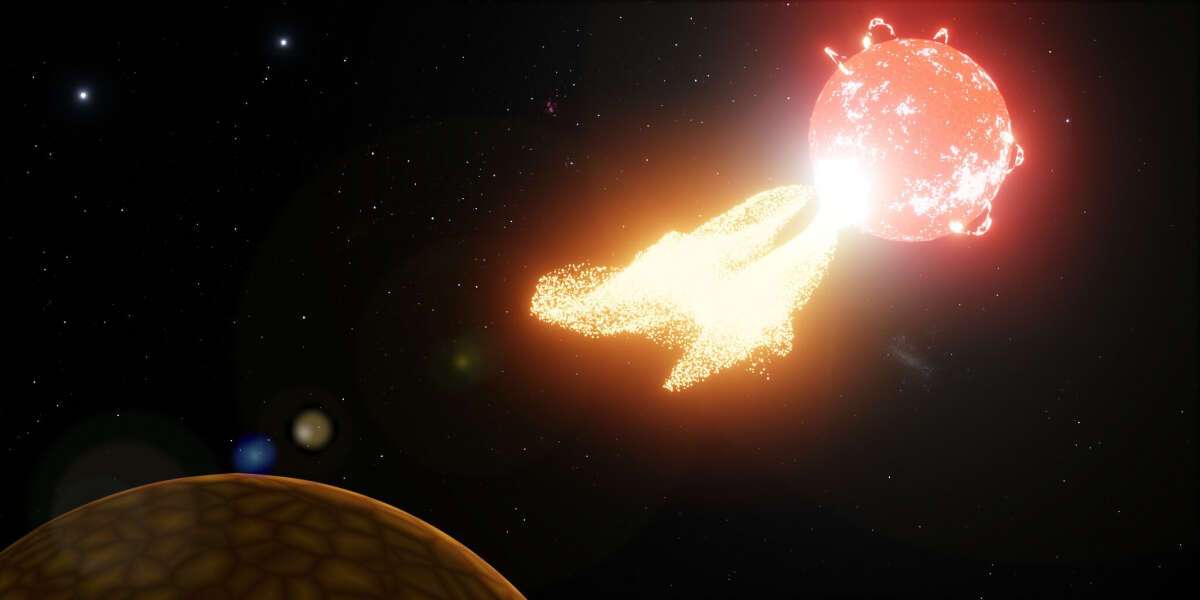 «Recently, astronomers discovered two Earth-type planets orbiting Proxima Centauri, one of which lies within the» habitable zone, «that is, water in liquid form can exist on its surface,» said Andrew Zic of the University of Sydney, Australia.

Proxima Centauri is about 4.2 light years from Earth and is the closest known star system to us.

«However, given the fact that Proxima Centauri is a cold, small red dwarf, this means that the inhabited zone is located very close to the star; much closer than Mercury to the Sun, «he added.

In his work, which is part of a doctoral dissertation prepared for defense at the University of Sydney Astronomy Institute, Zeke shows a close relationship between stellar flashes similar to those in our Sun and a characteristic radio signal that is recorded, for example, using the Australian Square Kilometre Array Pathfinder (ASKap

«The probability that the observed stellar flash and the received radio signal from our stellar neighbor are not related is less than 1/128,000.»

This study shows that planets in the Proxima Centauri system can experience intense atmospheric erosion, as a result of which they remain exposed to very intense X-ray and ultraviolet radiation from the parent star.

But can these planets be protected by a magnetic field, just like our Earth?

To date, scientists have not been able to find a reliable way to register the magnetic field of the exoplanet. Zeke believes that such a method should be based on observations of the glow of the planet’s atmosphere, similar to the polar lights on Earth resulting from the interaction of solar radiation with the Earth’s magnetosphere.

Life after death: Man’s experience of leaving world in his ‘spirit...