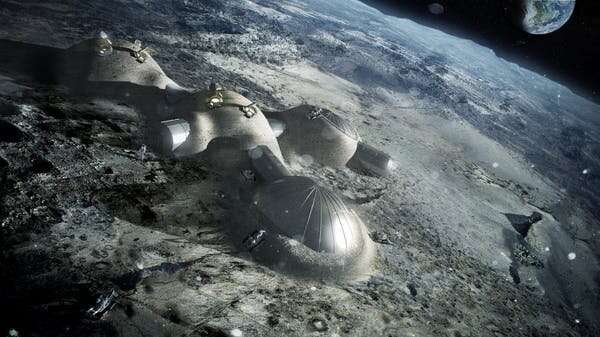 When it comes to the moon, everyone wants the same thing. Not in the sense of general high scientific goals, but in the sense of commercially profitable objects – places rich in resources. In a new study, a group of astronomers led by Martin Elvis of the Harvard-Smithsonian Astrophysical Center, USA, analyzes the presence of such places on the surface of the moon, their possible impact on relations between key players and ways to prevent potential conflicts.

Important places for science on the surface of the Moon are also of great importance for the construction of infrastructure by state space agencies or commercial firms. Such places include “zones of eternal light” (areas almost constantly illuminated by sunlight, which gives access to energy) and craters in the eternal shadow of the circumpolar regions in which water ice is found. The number of objects of each of these two species on the Moon can be counted on the fingers, and even fewer objects are found that combine these two advantages – narrow forever illuminated ring shafts of craters inside which there is water ice. For these resources, the most real battles will unfold in the near future, the authors say.

In addition, Elvis and his team note the presence of other important resources on the moon. Thorium and uranium, which are important as the basis of radioactive fuel, are found together in 34 regions, which are zones smaller than 80 kilometers each. Iron occupies more extensive areas, 30-300 kilometers in size, but there are only 20 such areas on the moon.

And another important lunar resource is the helium-3, well-known to us from science fiction films, which can act as a fuel for thermonuclear reactors. Formed by solar radiation in the rocks of the lunar surface, it currently occupies vast territories, but the highest concentrations of helium-3 are characteristic of only 8 main regions, the size of each of which does not exceed 50 kilometers.

According to the authors, key players on the moon should agree on joint programs, and in the future implement regulation, depriving possible violators of the rules for participating in such joint programs.

The study is published in the journal Philosophical Transactions of the Royal Society A.

A Man Caught a Spider Eating His Pet Goldfish and, Well,...