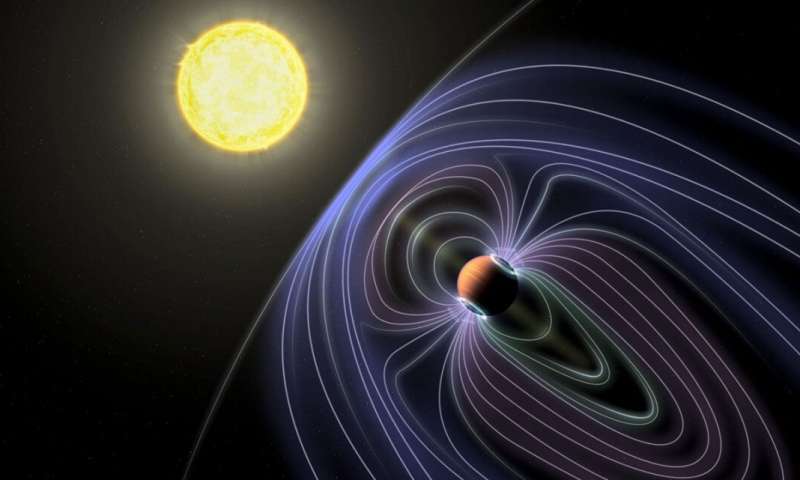 Observing space using a radio telescope, an international team of scientists led by Cornell University discovered radio bursts emanating from the constellation Boete. This signal may be the first radio emission collected from a planet outside our solar system.

A team of scientists led by Cornell postdoctoral researcher Jake D. Turner, Philippe Zarka of the Observatory Paris and Jean-Matthias Grissmeier of the University of Orleans published their findings in an upcoming research section of the journal Astronomy & Astrophysics.

“We represent one of the first hints to detect an exoplanet by radiating them,” Turner said. Based on the strength and polarization of the radio signal and the magnetic field of the planet, it is compatible with theoretical predictions. “

Among the co-authors: Turner’s postdoc consultant Ray Jayavardhan, dean of the Harold Tanner College of Arts and Sciences in Cornell and professor of astronomy.

“If this is confirmed by subsequent observations,” Jayavardhana said, “this radar detection will help us in the future to detect exoplanets that are tens of light-years away from us, much faster than we knew before.”

Using a low-frequency array (LOFAR), a radio telescope in the Netherlands, Turner and his colleagues discovered bursts of radiation from a star system containing the so-called hot Jupiter, a gaseous giant planet that is very close to its own sun. The group also observed other potential candidates for exoplanetary radio emission in the 55 Cancri (in the constellation Cancer) and Upsilon Andromedae systems. Only the Tau-Boete exoplanet system, approximately 51 light-years away, has detected significant radio bursts.

Observing the magnetic field of the exoplanet helps astronomers decipher the internal and atmospheric properties of the planet, as well as the physics of the interaction of stars and planets, said Turner, a member of the Cornell Karl Sagan Institute.

Two years ago, Turner and colleagues examined Jupiter’s radio emission signature and scaled it to mimic possible signatures of a distant Jupiter-like exoplanet. These results became a model for the search for radio emission of exoplanets located at a distance of 40 to 100 light years.