THE Bermuda Triangle enigma “may finally be close to being solved” after a scientist identified an anomaly that lies deep below the Earth’s crust – but it’s not necessarily good news for the future.

Also known as the Devil’s Triangle, this loosely defined region in the North Atlantic Ocean can be attributed to numerous aircraft and ships disappearing. The vicinity of this so-called triangle is among the most heavily travelled shipping lanes in the world, with vessels frequently crossing through it for ports in the Americas, Europe and the Caribbean islands. Popular culture has attributed various disappearances to the paranormal or even some kind of colossal sea monster, but scientist Dr Justin Revenaugh has a more rational explanation.

His theory was revealed during History’s ‘In Search Of’ series, where presenter Zachary Quinto outlined how the Earth’s magnetic field may be playing a role.

He said in 2019: “The mystery of the Bermuda Triangle may finally be close to being solved.

“Experts have theorised that the area’s high concentration of magnetite could be causing interference with the Earth’s magnetic field, leading to weather anomalies, dangerous algae growth and problems with navigation.

“If that’s the case, then the issue lies much deeper than the ocean floor, it lies at the very core of our planet and according to geophysics professor Dr Justin Revenaugh, a potentially catastrophic magnetic shift is happening right now. 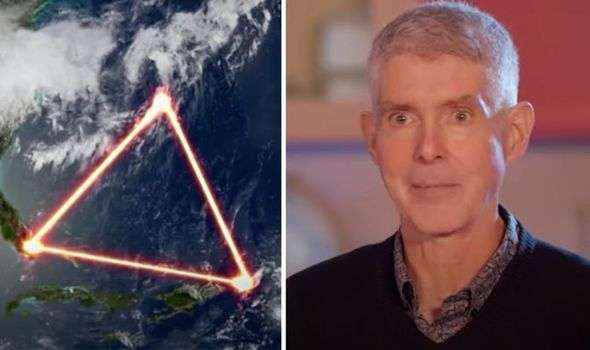 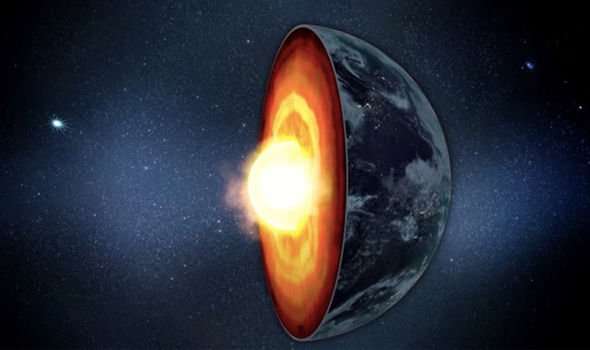 “The magnetic field is moving and it might be taking the Bermuda Triangle along with it.”

Dr Revenaugh explained how the Earth’s magnetic field has shifted over time, possibly impacting travel through the area.

He said: “My interest in the Earth’s magnetic field began when I was in college because of a big solar storm, the Northern Lights moved further down from the poles than usual.

“I thought it was amazing and, as a result, I’ve kept tabs on the magnetic field through the rest of my life and what it is doing right now is unusual.

“So we’re looking down on the North Pole of the planet, geographic north lies right there, but shown in the coloured dots are the positions of magnetic north over time. 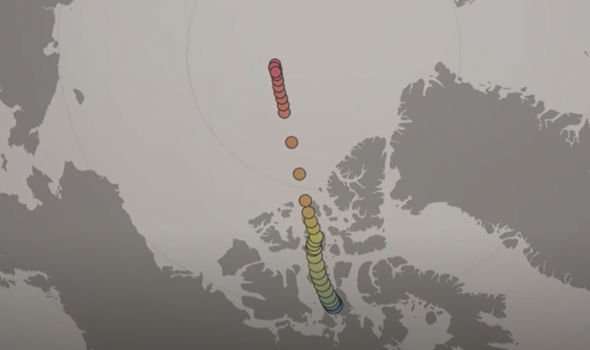 “We start down here in 1900, moving steadily northward slowly, until about 1990, at which point, it started moving much more quickly.

“At the present day, it’s moving at a rate of 35 miles per year to the northwest and if that motion continues it’ll cross the Arctic Ocean and work its way into Russia.

“If the Bermuda Triangle features a deadly magnetic anomaly it could be impacted by the planet’s magnetic shift.”

But, Dr Revenaugh said the breakthrough may not be such good news, as he fears the magnetic shift could soon cause havoc in other areas across the ocean.

He added: “The average person has no idea that magnetic north is moving, why should they? 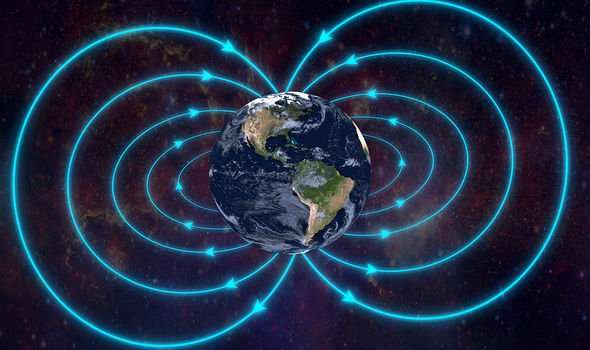 “But it affects the navigation of ships and aircrafts.

“These changes are requiring us to update maps and software to accommodate the shifts in the poles that are necessary to make sure that GPS and compass-based navigation continues to be accurate.

“If they reach the Earth in full numbers, it could shut down electrical grids, gas and oil pipelines, cellular and satellite communication, televisions, aircraft flights and other things.

“It won’t happen overnight, but we are seeing signs that it could happen rather soon.”