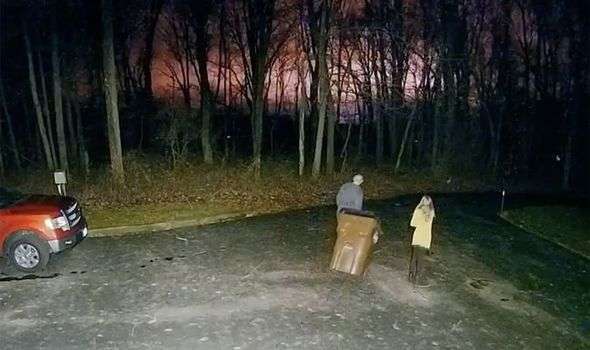 BIZARRE red-orange flashes of light has sparked widespread panic in the US, after police officials and scientists were left puzzled by the sighting.

Terrifying footage of mysterious orange and red flashes that lit up the midnight sky in Ohio has sparked widespread alarm. Hundreds of people witnessed the bizarre flashes of light, and called up the police out of fear. However, experts have still struggled to explain the phenomenon that took place last Sunday, as one witness suspects the US military were involved.

In one video, captured by a Ring CCTV camera, a dad and daughter can be seen walking out their bin at their home in Bethel, Ohio when the flashes appear above them.

The pair immediately stop and stare at the lights covering the entire sky.

Later speaking to Fox19, the dad, Tim Walker said: “I didn’t notice it at first, but we started walking, she was like, ‘Dad! Look at the light in the sky! What is that?’

“And if you actually see the video, I stop and actually set the trashcan down, and I’m like, ‘What is that?’” 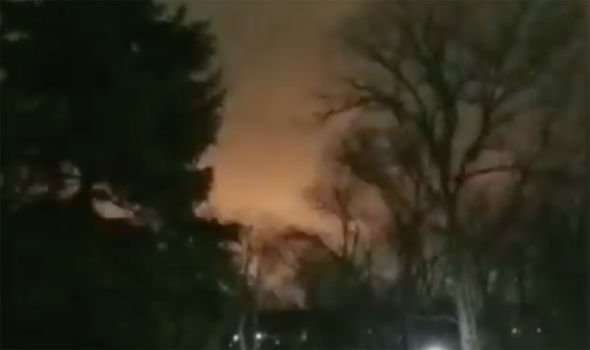 Wilwerth can be heard saying: “I have never seen anything like this before. What is that?”

Witnesses report that the bright lights were not accompanied by any sound.

Mr Walker added: “In the video, you’ll see it slowly, slowly, and then it gets really bright like dusk or a firework or lightning in the background. 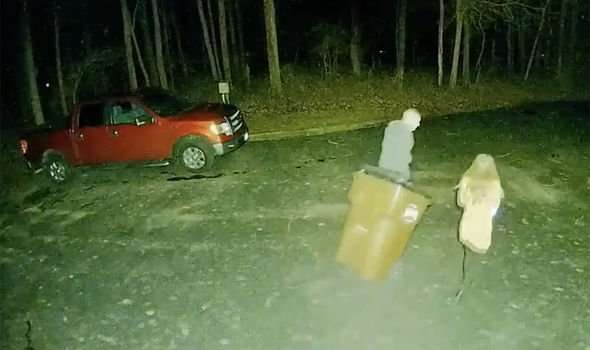 “You see something like that, it kind of takes you back a little bit.

His daughter Carolyn said: “I was scared. I thought it was an explosion when I first saw it, so it made me really nervous.”

Mr Walker later tweeted that he had wondered if the flashes were lightning, but that the temperature was only 40F and there was no sound of thunder.

Clermont County Emergency Management and Bethel Police each confirmed they had received multiple reports of the flashes, but neither knew what had caused them.

Duke Energy confirmed to Fox19 that 584 customer had lost power for two minutes just before 7pm on Sunday, but no issues were uncovered by inspections the following day.

The nearest lightning strike was hundreds of miles away at the time while a meteor would flash above the clouds rather than below.