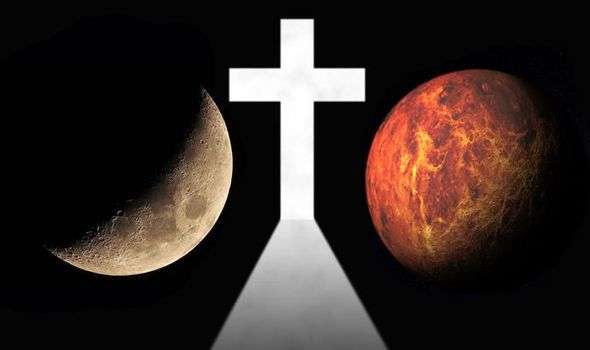 THE MOON has eclipsed the planet Mars, sparking outrageous claims of biblical prophecy and heavenly signs from God unfolding in the night skies.

The unusual eclipse has been dubbed the Occult Moon by popular Christian evangelist Paul Begley. The West Lafayette in Indiana, US, preacher claimed the eclipse was a sign from the heavens during an online sermon.

On Tuesday, February 18, the Moon and the Red Planet crossed paths in the night skies above Earth.

Although astronomers knew well in advance of the Martian eclipse, Pastor Begley told his followers the Occult Moon was arranged by God himself.

Pastor Begley said: “I’m gonna say that God sets all the signs. God put the Sun, the Moon, the stars. 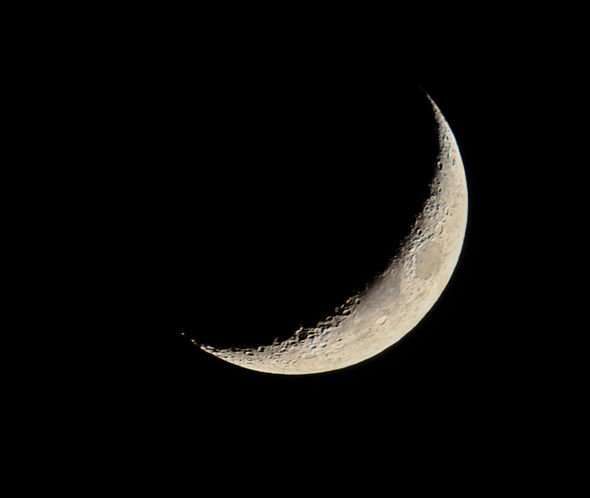 “We’re going to have a sign actually tomorrow night, where the Moon is going to cross in front of Mars.

“It’s called an Occult Moon where you won’t be able to see Mars, and I hate to use that word occult because the pagans are claiming it.

However, in popular astronomy, an Occult Moon is one that occults a planet or a star when viewed from Earth.

Occultation is the process by which one celestial body passes in front of another celestial object.

Although the term is most commonly used in astronomy, occultation happens whenever something is hidden from our line of sight.

I’m gonna say that God sets all the signs

According to maritime astronomer Bruce McClure of EarthSky.org, the Martian eclipse or occultation was visible all over the globe last night.

And the astronomer revealed the Moon will cross paths with two more planets this week.

He said: “Few, if any, people will see the lunar occultation of Jupiter on February 19, because it happens in Antarctica and the southern tip of South America.

DON’T MISS
Coronavirus: The one thing that can help prevent infections revealed [INSIGHT]
Is coronavirus slowing down? Iceberg not as big as feared [COMMENT]
‘Spectacular’ ancient Neanderthal found in ‘burial site’ [INSIGHT] 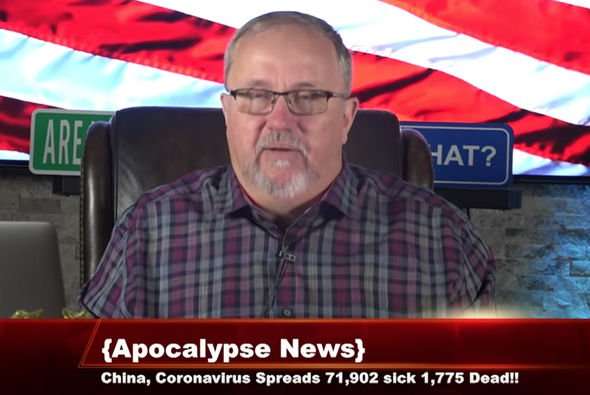 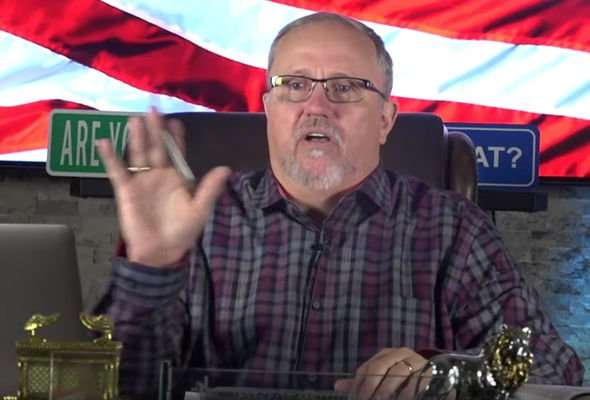 “But no matter where you live worldwide, watch for the waning crescent moon to sweep by the three morning planets: Mars, Jupiter and Saturn.”

Pastor Begley, however, is a firm believer in biblical prophecies of the end times and the arrival of signs in the heavens and on the Earth.

The firebrand preachers famously called a Blood Moon lunar eclipse in 2019 a harbinger of doom, foretold by several passages in the Bible.

Pastor Begley has now claimed God is sending signs, including the coronavirus epidemic, urging mankind to prepare for the return of Jesus Christ and the end of the world.

During his online broadcast, the preacher read out reports of lenticular cloud appearing over the US, which he called another “sign from the heavens”.

Pastor Begley said: “I’m nervous about the signs for a couple of reasons.

“I’m not terrified by strange signs or fearful sights in the heavens like Jesus said were going to happen in the last days, but guys California – I just want to prepare you – because the coronavirus – and we’re praying against this and we’re pleading the blood of Jesus – but also know that there are prophecies out there.

“Prophetically, God shows us things and this coronavirus is now starting to peel over into other cultures.“