Home Planet Earth End of the world: Pope’s ‘life about to change’ admission revealed as... 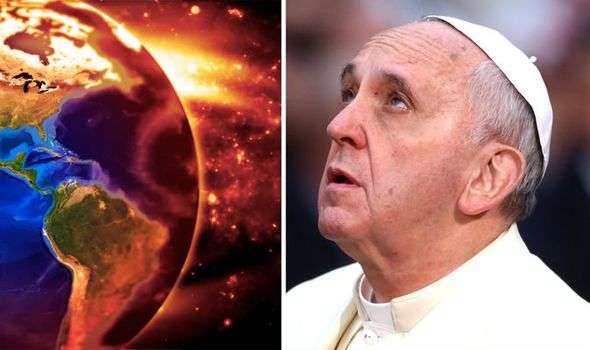 THE END OF THE WORLD will see “life turn upside down” according to the Pope, who may just be the final part of the jigsaw if a bizarre 900-year-old prophecy is right.

The Prophecy of the Popes was a prediction made by Saint Malachy, the Archbishop of Armagh, in the 12th century, when he reportedly received a strange vision about the future, including the names of 112 future Popes. His prediction for the 112th and current Pope – Francis – is rather shocking, it reads: “In the final persecution of the Holy Roman Church there will reign Peter the Roman, who will feed his flock amid many tribulations, after which the seven-hilled city will be destroyed and the dreadful Judge will judge the people. The End.” The father of the current Pope was Pietro, or Peter, and was from Italy, even though the family moved to Argentina and Francis took over in 2013 following the resignation of Pope Benedict XVI in February 2013, leading many to claim the 900-year-old prophecy had been fulfilled, marking the end of the world when the pontiff dies or steps down.

While it may seem farfetched, Pope Francis himself made a surprising reference to the possibility in an address to St Peter’s Square.

He said in November 2016: “The Lord tells us what will happen in the end times.

“Jesus says: ‘In those days before the flood, they were eating, drinking, marrying and giving up in marriage, up to the day that Noah entered the ark.

“‘They did not know until the flood came and carried them all away.’ 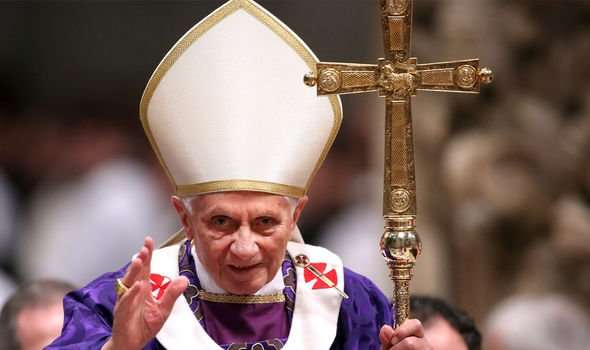 Life is about to be turned upside down

“This is what Jesus says and it’s always striking to think about the time before a great disaster.

“Everyone is at peace, going about their usual business, not realising that life is about to be turned upside down.”

The Pope went on to detail his thoughts on the Second Coming.

He added: “The Gospel certainly does not want to scare us, but to widen our gaze to another, larger perspective.

“On the one hand this relativises everyday things, but at the same time makes them precious and meaningful. 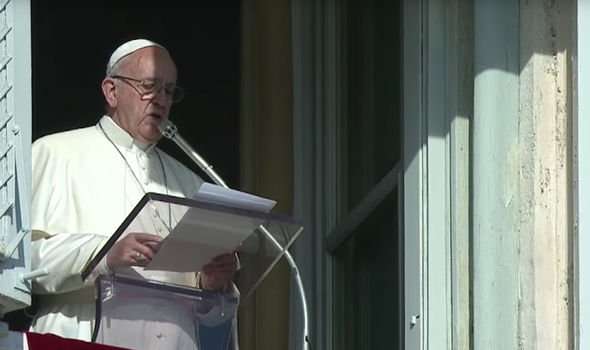 “From this point of view, it is also a call to sobriety, not to be governed by the things of this world, by material things, but rather to govern them.

“If, however, we allow ourselves to be conditioned and overwhelmed by them, we cannot perceive what’s very important – our ultimate encounter with the Lord.

“This is the most important thing.”

But, that day may have to wait a while longer, as there have been questions over the authenticity of Malachy’s predictions.

The Prophecy of the Popes was first published by Benedictine monk Arnold Wion in 1595, attributing the claims to Malachy. 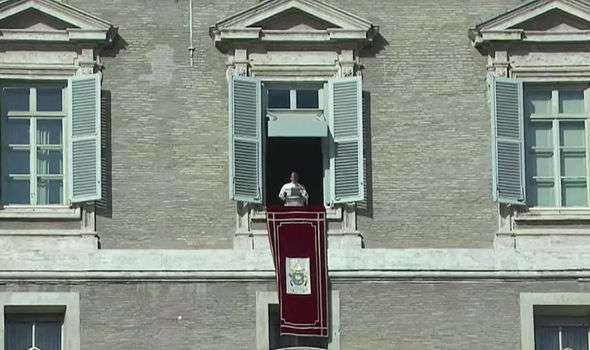 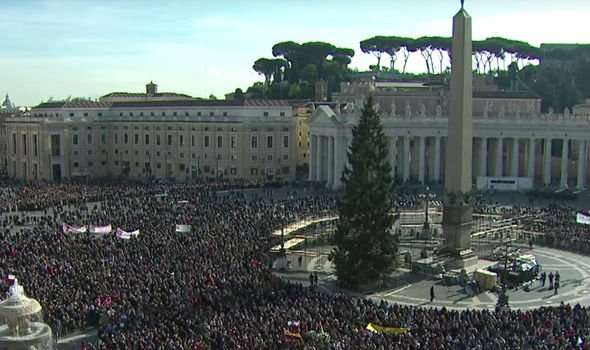 In the prophecy, the pope following Urban VII is given the description “Ex Antiquae Urbis” or ”from the old city”, and Simoncelli was from Orvieto, which in Latin is Urbevetanum, the old city.