THE ISS was at the centre of controversy after a NASA astronaut snapped a photo from the cosmos that appeared to show an anomaly “watching” the space station.

Last night, in a monumental step for US space exploration, NASA and SpaceX successfully launched the Crew Dragon spaceship into orbit, separating from the Falcon 9 rocket after blasting off from the Kennedy Space Station for the first time in nine years. The successful lift-off, which had Elon Musk “overcome with emotion”, will carry veteran NASA astronauts Doug Hurley and Bob Behnken to the International Space Station, where they are expected to dock at 2.29pm today. Eagled-eyed space enthusiasts will be following the crew’s progress on SpaceX’s YouTube live stream – with more than 120,000 people already locked in – but they are unlikely to spot anything quite as bizarre as what astronaut Scott Kelly snapped.

In 2015, the former NASA employee travelled to the space station on Russia’s Soyuz TMA-16M in what marked the beginning of a year in space, detailing his journey on social media.

However, once he arrived, a photo he posted received more attention than he planned.

On November 15, Mr Kelly tweeted a photo of India from outer space, captioned: “Day 233. Once upon a #star over Southern India #GoodNight from @space_station! #YearInSpace.”

At first glance, the snap appeared to simply show the South Asian country lit up during the night, but some were quick to notice a small, white object in the top right of the photo, that they claimed appeared out of place. 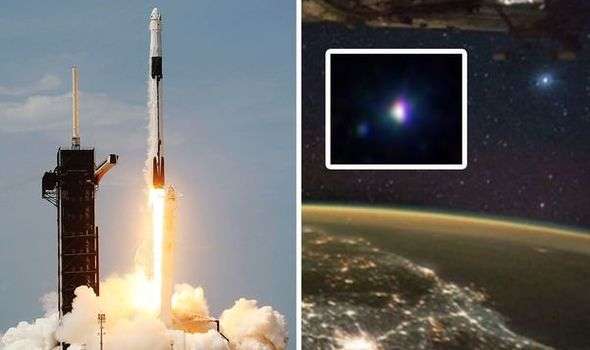 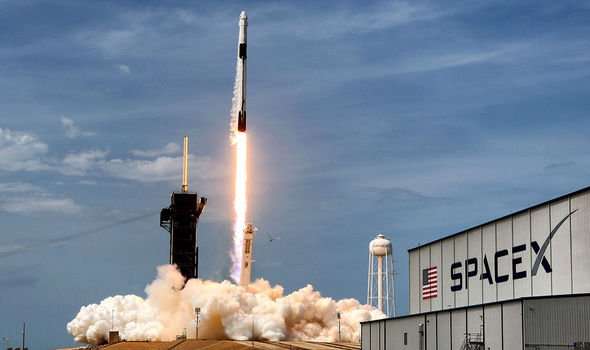 One reply read: “What is that in the upper right corner?”

Another added: “Is that a UFO on the top of the frame?”

A third questioned: “What is that in the top right-hand corner?!”

And a four flat-out claimed: “Great shot of a UFO Scott.”

However, these theories were quickly debunked, with some revealing the “UFO” was actually part of the space station. 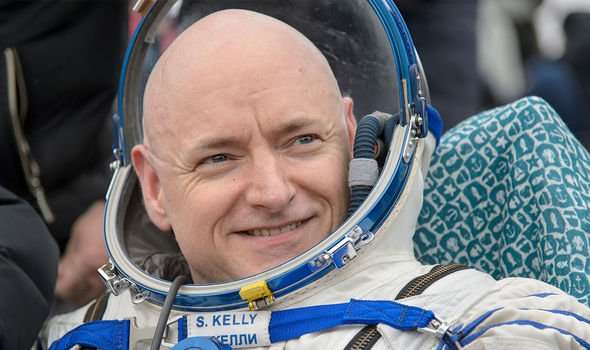 The High Definition Earth-Viewing System, mounted on the exterior of the European Space Agency’s Columbus module and resembles a similar shape to that in the photo.

Mr Behnken and Mr Hurley’s journey to the space station will take them 19 hours before their capsule makes its rendezvous with the space station, where they will stay between six and 16 weeks.

The test flight is the last major milestone for SpaceX under NASA’s Commercial Crew Programme, which was designed to foster partnerships between the agency and private companies to develop new spacecraft for routine trips to the space station. 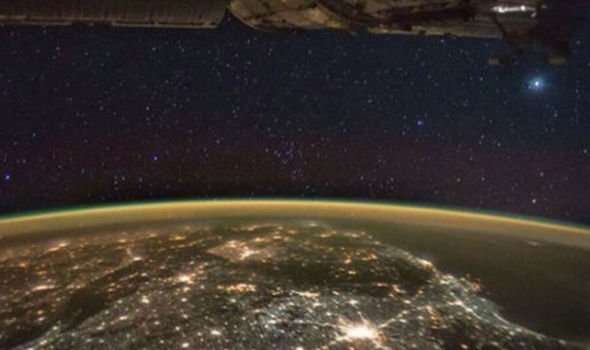 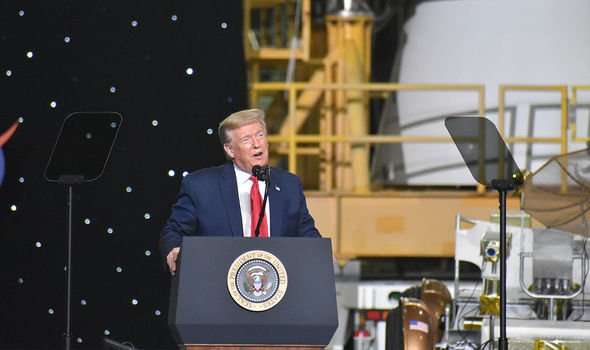 For the last nine years, NASA has been hitching rides to the ISS aboard Russian capsules and rockets.

Although the public was urged to watch yesterday’s launch remotely because of coronavirus restrictions, Donald Trump his wife Melania, and Vice-President Mike Pence, attended in person.

Mr Trump has made space a priority through the foundation of Space Force as a branch of the US military, independent of Nasa, and the unveiling of his America First National Space Strategy.

He has also directed NASA to land humans on the moon by 2024, for the first time since the final Apollo mission in 1972, although the agency’s deep-space Artemis program is many months behind schedule and over budget.