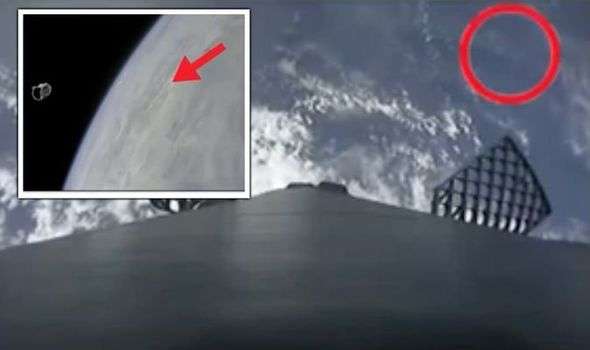 MULTIPLE mysterious UFOs were spotted during the historic SpaceX launch of two NASA astronauts to the International Space Station (ISS).

The UFO sightings came during the successful highly-anticipated SpaceX launch of NASA astronauts into orbit.

Elon Musk, Donald Trump and Mike Pence all watched on in Florida to mark the first time since 2011 that humans had blasted off into orbit from US soil.

The two astronauts Bob Behnken and Doug Hurley on board the Dragon spacecraft were sent to the ISS.

However, during the live video feed streamed from the rocket itself, several bizarre flying objects were spotted hovering above Earth. 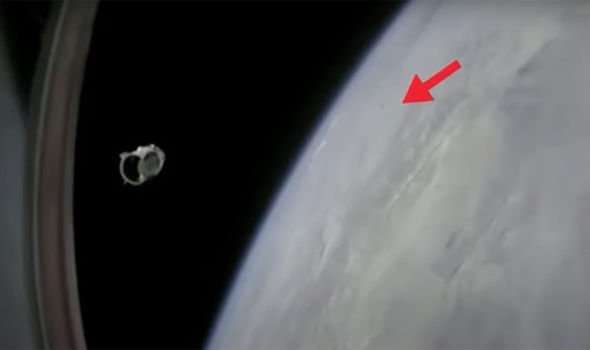 Viewers remarked that there were «several moving objects» seen while watching the live stream.

One viewer questioned: «How are they going to explain all of these now?»

Another said: «I saw two events similar to this one when I saw it live, that seemed even more conspicuous than this example. Glad others noticed it too.»

In one video, a bizarre orb can be seen beneath the rocket moving across Earth at a rapid pace. 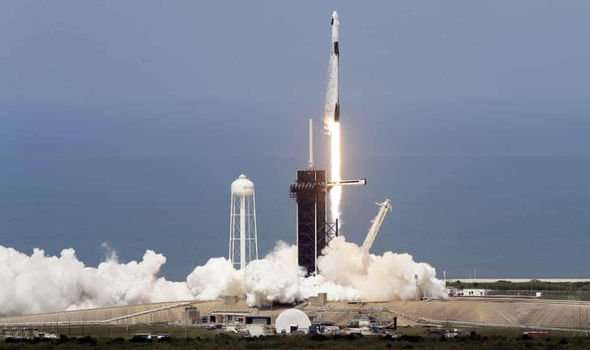 In another clip, a strange UFO was recorded seeming to leave Earth and move deeper into space before vanishing.

A third viewer said: «After the launch of Spacex’s Falcon 9 Crew Demo, an object from Earth to space is rapidly launched in the 14th minute of the stream. Is this a UFO, a space junk or a rocket-owned piece?»

However, sceptics dimissed the UFO frenzy, claiming that all of the flying objects may have been debris from the rocket or space junk. 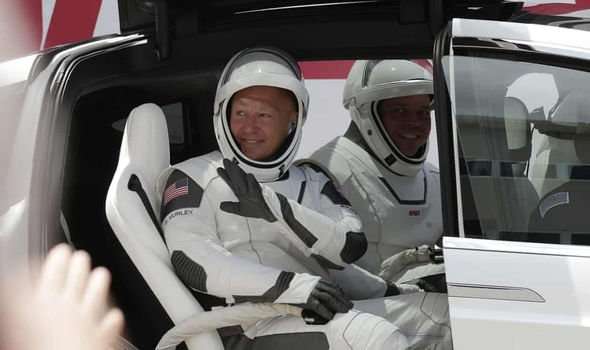 The successful launch comes after the first attempt was cancelled on Wednesday just minutes before blast-off.

Following the launch, SpaceX founder Elon Musk said he was «overcome with emotion» after his company successfully launched astronauts to space for the first time.

He said «I’m really quite overcome with emotion on this day, so it’s kind of hard to talk, frankly.

«It’s been 18 years working towards this goal, so it’s hard to believe that it’s happened.»

The successful launch came just hours after one of SpaceX’s Starship prototype rockets dramatically exploded into a fireball at the company’s test site in Texas.

The huge rocket, which is designed to carry humans and 100 tons of cargo to moon and Mars, was undergoing tests when the explosion took place.

Men are spending thousands on ‘limb-lengthening surgery’ to add inches to...

‘Witch bottle’ found in Virginia dates to the Civil War