COMEDIAN Trevor Noah triggered the trending of the Twitter hashtag “Don’t Deport Melania” after claiming in an outrageous joke theory that US President Donald Trump is trying to deport his own wife, Melania.

Trevor Noah made the explosive joke on The Daily Show, a US news satire programme. The host laid out the comedy conspiracy theory on Wednesday, pointing towards Donald Trump’s new immigration policy, announced this week. Mr Noah explained on the tongue-in-cheek show: “Now the reason I’ve been thinking about Melania lately is because in the wake of Trump’s recent immigration crackdown, I’ve started to notice something that’s got me really concerned.

“I think Donald Trump is trying to deport Melania. And you might be asking ‘why would he want to deport his wife?’ I don’t know, I don’t know. But things haven’t exactly been perfect between them.

“When he tried to hold her hand in public, she tried to slap it away.

“And who knows, it may have even created some tension between them and then the whole country found out about it.

“Anyway, you know, normal relationship issues, and I know it sounds crazy. Donald Trump wants to deport his wife? 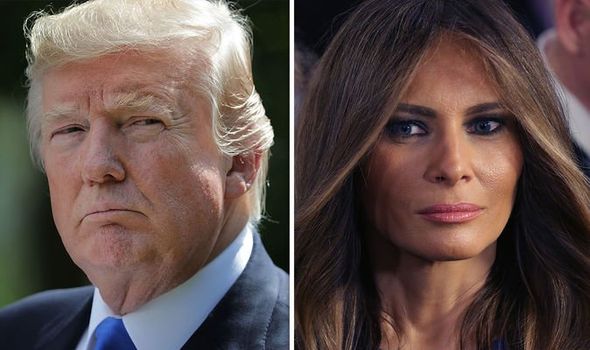 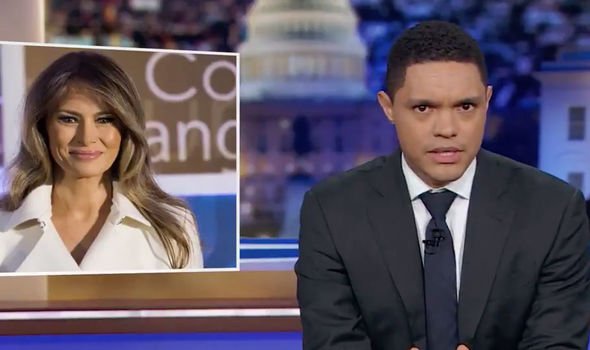 “But if you look at all of Trump’s immigration policies, a lot of people think that he just hates immigrants, but when you put them all together, you start to notice a pattern.

“All of his policies seem to be aimed at his wife.”

Mr Noah then used clips from Fox News and President Trump’s own comments to help connect the dots of his farcical conspiracy theory.

However there is absolutely no suggestion any of what the US entertainer has said is true, as Melania and Donald Trump are happily married with no verified strains in their relationship, leaving Mr Noah’s extraordinary theory in tatters. 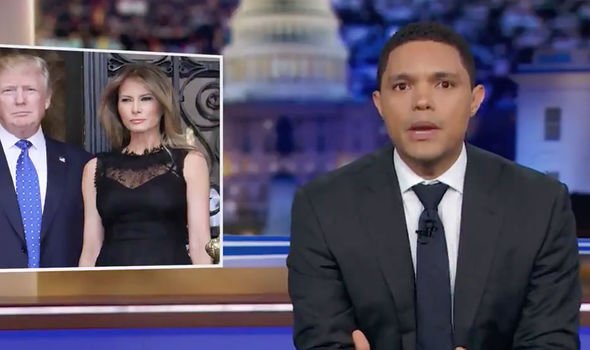 Despite all the evidence to the contrary, Mr Noah continued to spout his ludicrous ideas.

He then said: “And as if this wasn’t enough evidence that Donald Trump is trying to deport his wife then how do you explain the new policy his administration announced this week?

“Saying that immigrants who receive assistance from the Government may not be allowed to stay in the US.

“Well guess who lives in a free house, provided by the United States.”

Although the outlandish theory was clearly made in jest, the segment triggered the trending of #DontDeportMelania on Twitter overnight, as users jokingly joined in with the theory, with Mr Noah himself posting: “Don’t do it Donald, #DontDeportMelania.”

Another user said: “This is hilarious #dontdeportmelania has to be one the best trending yet today.”

A third wrote: “Welp, Trevor Noah now owns the internet and we all have to pay him rent. #DontDeportMelania”.

The wild theory follows the Trump administration’s latest ruling, which would make it easier to reject green card and visa applications.

Acting US Citizenship and Immigration Services Director Ken Cuccinelli said it will encourage “self-reliance and self-sufficiency for those seeking to come to or stay in the United States.”

He added: ”We certainly expect people of any income to be able to stand on their own two feet,.

“So if people are not able to be self-sufficient, then this negative factor is going to bear very heavily against them in a decision about whether they’ll be able to become a legal permanent resident.”