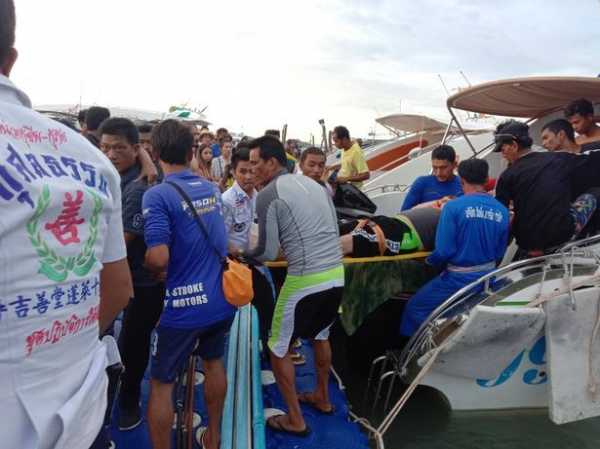 Twelve tourists including Brits were injured in a horror speedboat crash that killed the captain in southern Thailand.

The vessel, named Choksupasarn, had 49 people on board including 45 tourists from different countries.

They left the pier in Phuket around 10am on Wednesday for a tour of Koh Khai Nok in Phang Nga province.

The speedboat crashed into a luxury Russian motor yacht Stella, which was on its way back near Koh Khai Nok.

Tour boat captain Surat Mat-osod was killed in the collision and dozens of panicked tourists were injured after being flung into the choppy seas.

Pictures show the bloodied and battered tourists being carried to hospital on stretchers.

Twelve of 45 tourists were reportedly injured after the crash
(Image: ViralPress)

The injured holidaymakers are reportedly from Russia, Pakistan, Estonia, Iran, England and Egypt.

They are being treated at Thalang Hospital in Phuket.

Rescue workers were today searching for one of the missing crew, Manoon Samanbut, who was flung into the water. 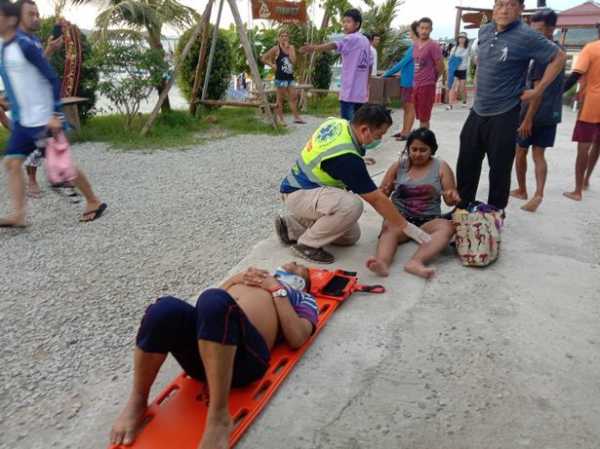 Rescuers treated the injured while others continued to search for a missing crewman
(Image: ViralPress)

Police Colonel Prasert Srikhunnarat, superintendent of marine police sub-division 8, said several vessels had been dispatched around the area of the crash.

He added: "Police divers are also searching for the missing crew member and the operation will continue until we can find him.

"There is a chance he is still alive. There are 12 divers involved with the search."

Kittipong Samanbut, the worried father of the missing crewman, said his son had only been working on the vessel for one month.

According to Bangkok Post, the speedboat captain was involved in a fatal crash at sea in 2014.

The speedboat collided with a fishing trawler off Krabi, killing two South Korean tourists and leaving a dozen injured.

What can the coronavirus outbreak teach us about bringing Mars samples...