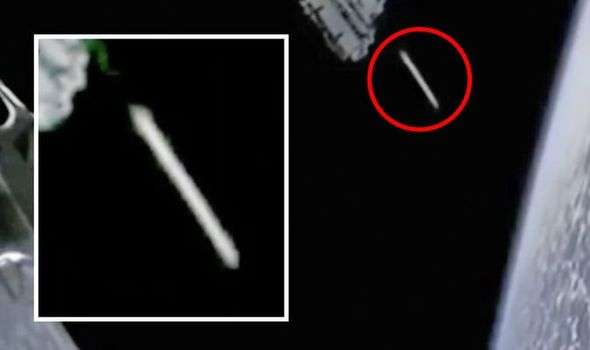 A MYSTERIOUS object spotted in a SpaceX and NASA live stream was “edited out” of the official footage according to online space observers, who were left baffled by bizarre cigar-shaped UFO.

A bizarre and huge cigar-shaped UFO was spotted during the live video feed of a SpaceX satellite launch – but later cut out of the official video. The mysterious moment took place during last month’s launch of the SpaceX Starlink satellites from NASA’s Kennedy Space Centre in Florida on 19 March. Observers recorded the moment a mysterious cigar-shaped object appeared, with SpaceX understood to have abruptly cut the live stream seconds after it came into view.

The Starlink satellites headed up by Elon Musk’s SpaceX company are part of a planned network of pioneering internet-providing equipment.

The launch in March sent a batch of 60 satellites into low Earth orbit (LEO).

In the video, the bizarre object appears to pop up near the rocket, Falcon 9, soon after the deployment of the satellites.

The UFO appears to become brighter and bigger as it hovers in space.

JUST IN: Alien invasion over Europe? No, it’s just SpaceX 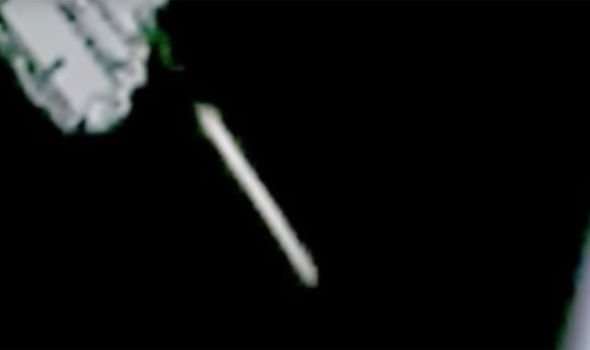 Alien enthusiast David, from the YouTube channel UFOmania, shared a slow-motion clip of the original launch footage to get a better view of what happened.

David pointed out what he believed was a mysterious object in the slow-motion clip and asked his viewers: “What is this?”

Observers remarked: “They cut the launch feed a few times today as objects were being seen in the video feed.” 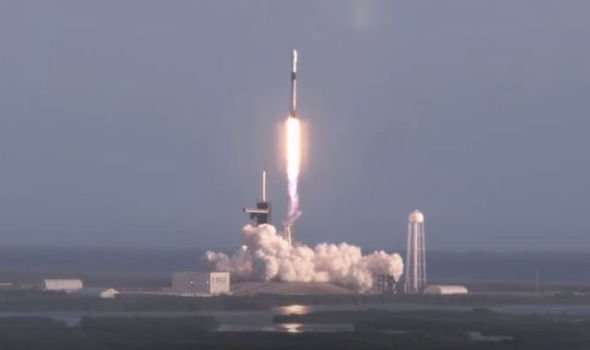 One said: “SpaceX just offically posted the whole launch event, but there is literally nothing at 16:14 launch time, as y’all saw in this clip.

“I think they edited out that part of the launch and showed nothing really happened, Just put both the clip side by side, y’all see the difference, something is going on up there!”

Another posted: “It seems like that object whatever it is turned off its cloaking device allowing itself to be visible. Very interesting.”

A third viewer added: “No idea what’s going on here though, if it is a UFO, possibly showing an interest in all the activity going on with satellite launches.”

Several expressed hope that “the video doesn’t get deleted”.

Others suggested that the object could be “the first stage” of the rocket or even a common weather baloon.

The Starlink satellites os part of an accelerating campaign to deploy a globe-spanning network of internet relay satellites.

SpaceX developed the Starlink concept to deliver internet to remote areas of the planet that currently aren’t served.

Starlink hopes to roll out the service in the US and Canada by the end of 2020.

Coronavirus in Bible: Preacher warns of ‘apocalyptic signs’ as ‘end of...