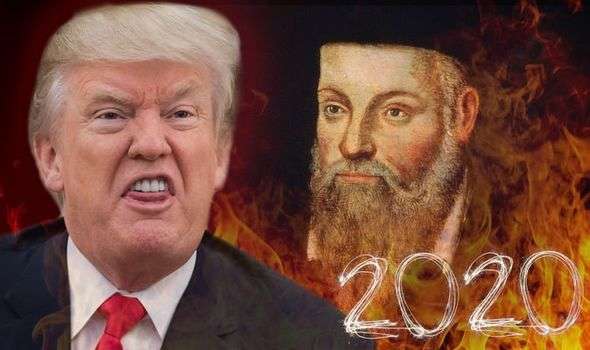 NOSTRADAMUS’ 16th-century prophecies are said to have predicted the rise of Adolf Hitler, the threat of global war and even the end of the world. Here are some of Nostradamus’ prophecies for 2020 paired with a leading psychic’s own predictions for the new year.

Michel de Nostredame, or Nostradamus, was a 16th-century writer and apothecary believed by many to be the world’s foremost authority on prophecies. Nostradamus’ fervent followers credit the French mystic with predicting many of the world’s biggest events, penne in cryptic passages dubbed quatrains.

Nostradamus is famously said to have predicted the rise of Adolf Hitler in 1933 and the Great Fire of London in 1666.

Nostradamus penned his supposed predictions of the future in his magnum opus, the 1555 book Les Propheties.

And if Nostradamus’ followers are to be believed this time around, the world could be headed for a rough year marked by political unrest, war and the threat of climate change.

British psychic and medium Craig Hamilton-Parker from Psychics.co.uk also shared with Express.co.uk some of his predictions for 2020, revealing bizarre overlaps between his predictions and Nostradamus’. 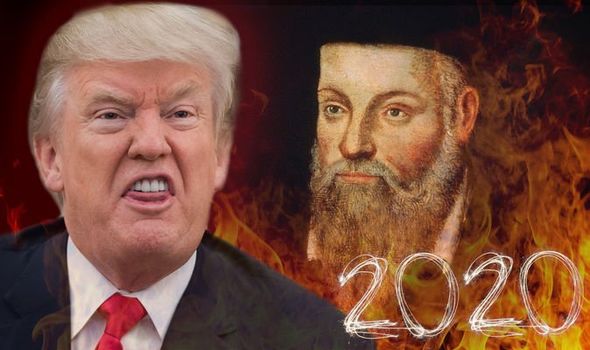 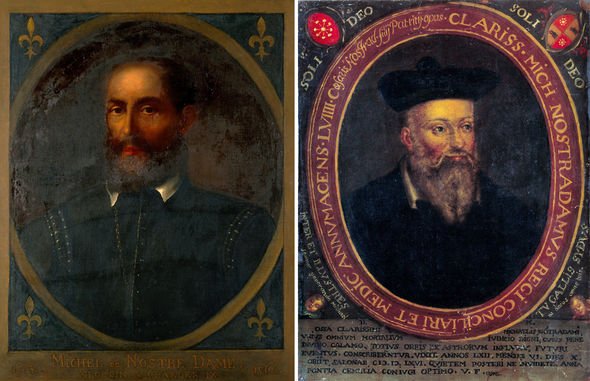 Did Nostradamus predict war will break out in 2020? READ MORE

Nostradamus is believed by many to have predicted the outbreak of World War Three and 2020 could be the year it finally happens.

With rising tensions between the western world and the eastern world, conflict in the Middle East and domestic unrest in China, the world is teetering on the brink of chaos.

One Nostradamus passage, in particular, could forewarn of a global conflict unfolding next year.

The Nostradamus prophecy reads: “Twice put up and twice cast down, the East will also weaken the West.

“Its adversary after several battles chased by sea will fail at time of need.”

“The great man will be struck down in the day by a thunderbolt. An evil deed, foretold by the bearer of a petition.”

Impeachment will empower Trump. He claims a deep-state Coup d’état

Based on his own predictions for the next year, Mr Hamilton-Parker said there is a strong possibility a war will break out.

However, the psychic foresaw a devastating conflict unfolding in the Middle East, rather than globally, which he said will last from 2020 until 2021.

The conflict will involve “riots in Iran” and an all-out war between Saudi Arabia and Iran.

Off the back of the conflict, Mr Hamilton-Parker said: “Putin and Trump enforce a peace deal.”

What did Nostradamus predict for Donald Trump in 2020? READ MORE

Nostradamus is believed to have directly referenced the US President Donald Trump in his Century 1, Quatrain 40.

The passage reads: “The false trumpet concealing madness, will cause Byzantium to change its laws.

“From Egypt there will go forth a man who wants, the edict withdrawn, changing money and standards.”

In 2018, Mr Hamilton-Parker predicted President Trump will face an attempt on his life as well as a second term in office.

To date, there has been no assassination attempt on the US President but Mr Trump now faces being impeached from the White House. 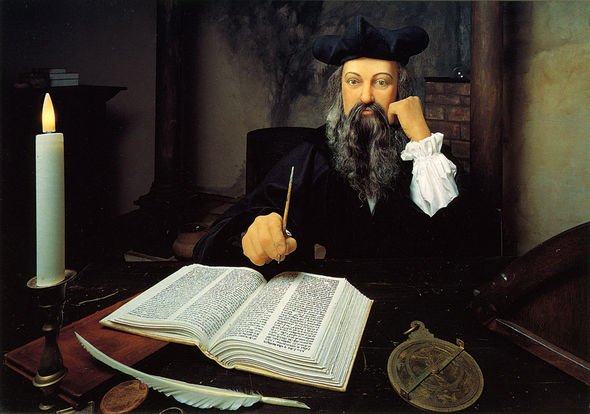 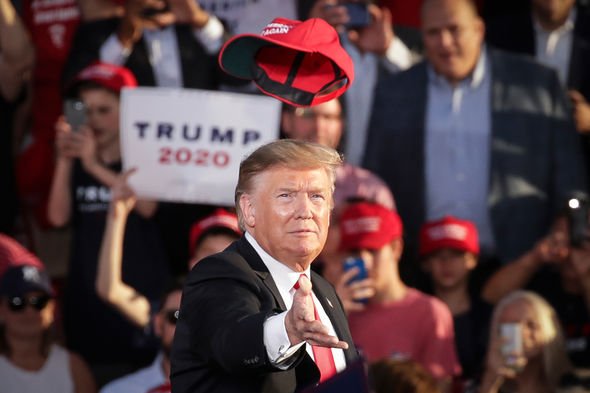 In his predictions for 2020, Mr Hamilton-Parker said: “Trump will not be removed from office.

“One of his closest allies betrays him – Rudy Giuliani perhaps?

“Impeachment will empower Trump. He claims a deep-state Coup d’état.”

Elizabeth Warren will also be announced the Democrat Presidential Contender in the 2020 US presidential race.

However, Mr Hamilton-Parker said: “Donald Trump will be reelected taking unexpected states such as Florida.

“The trade war with China will escalate as riots sweep China.”

What did Nostradamus predict about climate change in 2020?

Some of Nostradamus’ writings have been interpreted to suggest climate change will cause the sea levels to dangerously rise.

Nostradamus wrote: “On the hilltops of Bailly and the Bresle, the proud one of Grenoble will be hidden.

“Beyond Lyons and Vienne on them a very great hail, Lobster on the land not a third thereof will remain.”

According to Mr Hamilton-Parker’s predictions, there is a possibility natural disasters will ravage the planet in 2020.

He said: “2020 will see many earthquakes. In particular, Japan and India will see major quakes that may cause disruption to the Summer Olympics.

“The USA will also experience earthquakes.”

The psychic also predicts Miami will be “badly damaged” by a hurricane and a volcano will erupt on a small island, although he could not specify where.

Can Nostradamus’ predictions be trusted?

Nostradamus may have a cult following around the world but critics of the 16th-century mystic do not believe he had powers of foresight.

Brian Dunning the author of the Skeptoid podcast called out people claiming prophecies out of Nostradamus’ cryptic quatrains.

Mum-of-five dies of coronavirus after seven weeks in hospital that ‘aged...