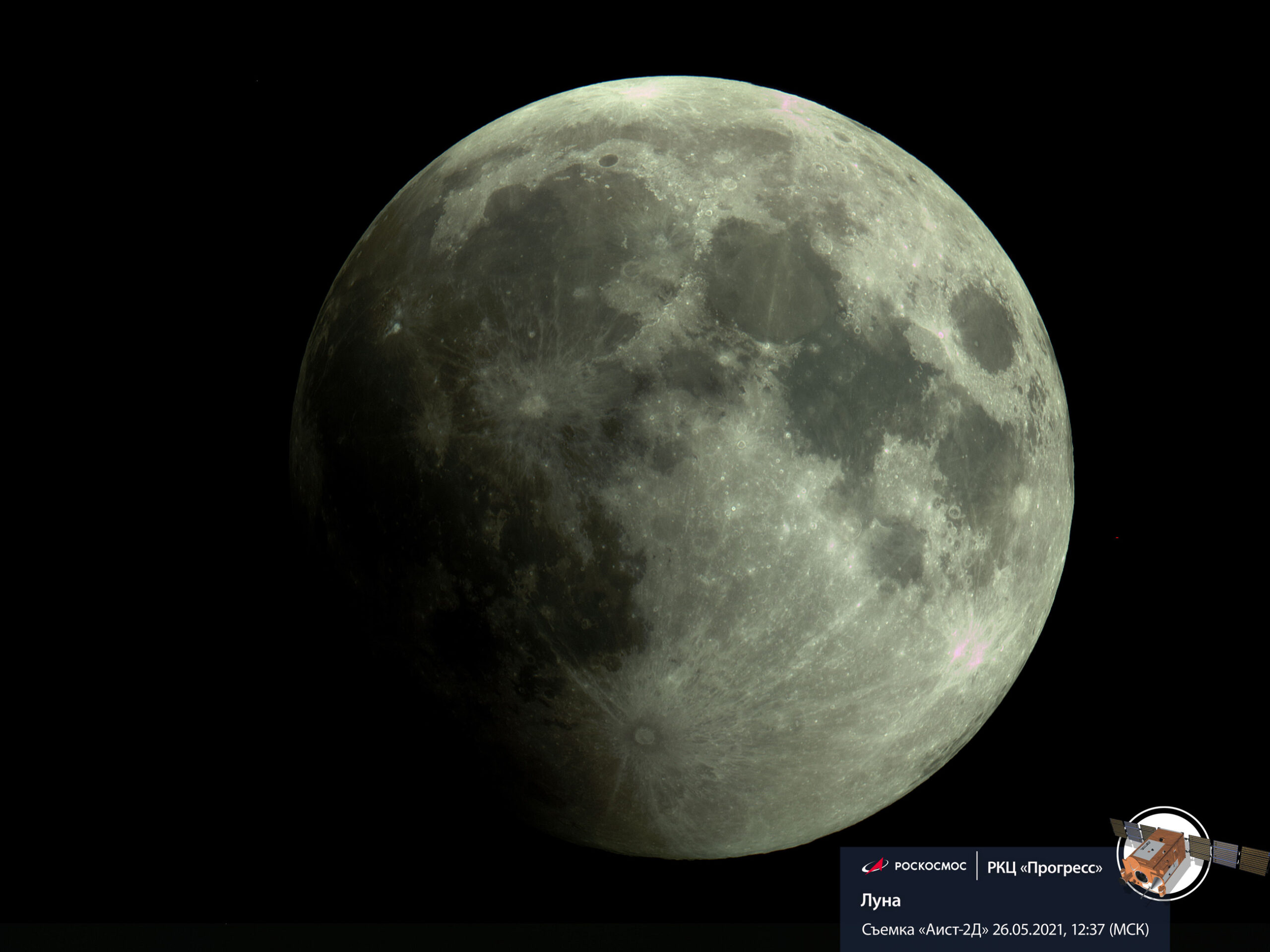 The Moon appeared about 4.51 billion years ago, slightly later than the Earth. The most popular hypothesis is that the Moon was formed from fragments left behind after the “giant collision” between Earth and Teia, a planet similar in size to Mars.

The Moon is the only extraterrestrial astronomical object that man has visited.

On May 26, residents of Australia, Asia and North and South America were able to see a total lunar eclipse. Additional interest to this phenomenon was added by the fact that it coincided with a super full moon. This is the name given to the moon’s passing of the perigee of its orbit, when it is at its minimum distance from our planet. Such a combination of events occurs about once every 12 years.

In addition to earthlings, some spacecraft also observed the eclipse. Among them is the Stork-2D satellite. On May 26, it took several pictures of the moon. They allow you to imagine how the eclipse looked from space. At the moment of shooting, the Moon was 357 000 km away from the surface of our planet.

“Stork-2D” was launched in April 2016. The 534-kilogram apparatus is designed for remote sensing of the Earth and the study of near-Earth space. The satellite is currently in a 490-kilometer orbit.