Home Planet Earth The asteroid Apophis changed its trajectory. Could it fall to Earth? 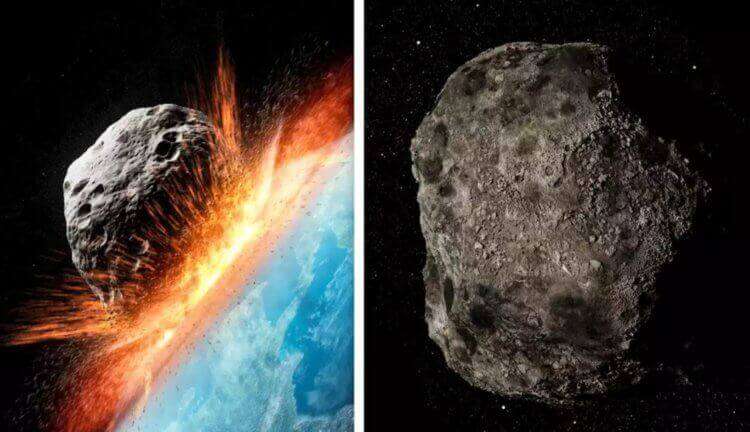 There are dozens of potentially dangerous asteroids flying around the planet, which could fall and cause a terrible catastrophe. One of them is the asteroid Apophis, discovered in 2004, which is comparable in size to the height of the world’s largest skyscrapers. This asteroid approached our planet back in 2013, at which time scientists were relatively calm. According to their calculations, the asteroid’s orbit does not cross our planet and collisions cannot occur. But recently the Japanese Subaru telescope showed that the asteroid had changed its orbit. This discovery came as a big surprise to scientists. It is believed that the next encounter with the asteroid in 2029 will not be a big deal. But another convergence is expected in 2068 – what will happen then?

The discovery of the asteroid Apophis

The asteroid Apophis was discovered in 2004 by a group of scientists in the U.S. state of Hawaii. They learned that the orbit of this space object is very close to Earth. This information turned out to be very interesting, so they decided to find out all the possible changes in the asteroid’s orbit. The fact is that the motion of space objects is strongly affected by the attraction of other celestial bodies. Fortunately, there were no objects along the asteroid that could strongly affect its motion. But the researchers didn’t consider that other phenomena could also affect its trajectory.

The same Hawaiian scientists, led by astronomer Dave Tolen, studied the asteroid Apophis with the Subaru Earth 8.2-meter telescope. In their work, they realized that the Yarkovsky effect could affect the object’s trajectory. This is because the sun’s rays can heat the asteroid’s surface and give an extra boost to the heated side. The heated side of the asteroids emits energy in the form of infrared waves, acting like a jet engine beam. Scientists estimate that the asteroid Apophis deviates from its direction by about 170 meters every year. It is possible that the motion of the celestial body will change so much that it will eventually collide with Earth.

The asteroid is falling on Earth.

But it won’t happen anytime soon. The closest approach of the asteroid to Earth is expected on April 13, 2029. It will fly 29 470 kilometers from the surface of our planet. Artificial satellites of the Earth are equidistant. Scientists believe that the asteroid will be visible to us with the naked eye, but the collision will definitely not happen. In 2036, a potentially dangerous object will fly past us. However, no one knows yet how things will go during the asteroid’s approach in 2068. Scientists are already looking for an answer to this question, and binocular observations will help.

The elongated space object is 450 meters long and 170 meters wide. The fall of such a large asteroid could have wiped out an entire country or even more of our planet. It all depends on the angle at which it falls. The greater the angle of impact, the more severe the damage to the planet. Hopefully, things will go as well as possible, and even if the risk is high, by then scientists have developed a powerful tool to destroy the asteroid. And who knows – maybe by 2068 we’ll be living on Mars?