Home Space and Ufo Where and how could arise life on Mars? 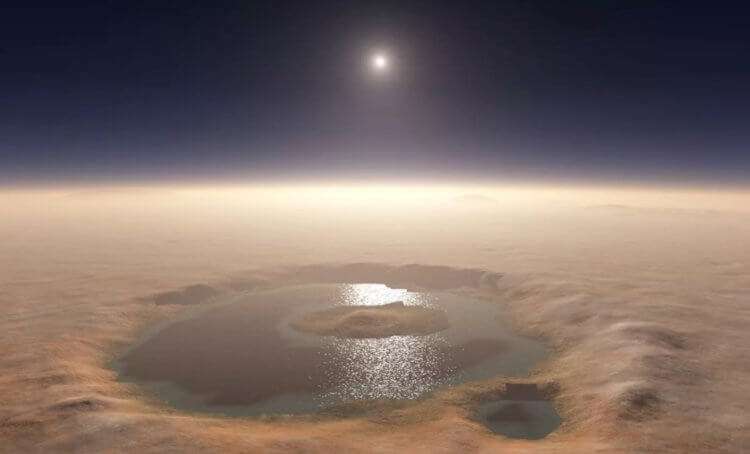 At first glance, Mars seems to be a lifeless and very inhospitable planet. This may be true, but it clearly was not always like this. Every year, scientists find more and more evidence that billions of years ago, there was water on Mars and there may well have been living creatures. After all, it is easy to see traces of rivers that once existed in photos of Mars! But how could there be life on a distant planet, if it is far away from the Sun and poorly heated? And yet, many years ago, the Sun was warming by 30% less. To find an answer to this question, scientists from the U.S. state of New Jersey have recently engaged. They suggested that the planet Mars warmed itself, thanks to the processes occurring inside.

How is Mars warmed?

The results of their scientific work were published in the scientific journal ScienceAlert. According to scientists’ calculations, life on Mars could have existed about 4 billion years ago. Except that many researchers doubt it. After all, Mars is located much farther from the Sun than the Earth. And warm conditions are very important for the formation of water and the emergence of life. By creating a computer model of ancient times, scientists have come to the conclusion that billions of years ago, the Red Planet could have been warmed far from the Sun. Most likely, the heat came from the interior of the planet.

According to planetary scientist Lujendra Ojha, this is indeed possible. Even our planet Earth is capable of warming itself from within. This is especially noticeable under the ice sheets at high latitudes. Somewhere in the depths of our planet right now, radioactive elements like uranium, potassium, and thorium are decaying. They produce some heat and thus heat up the Earth’s crust. The heat is not that intense, but the heat is enough to melt the ice. It is believed that these processes are the reason our planet has subglacial lakes.

How water comes on Mars?

Using computer simulations, scientists have found that if such processes took place in the bowels of Mars, the released heat would also be quite enough to melt the ice. And if you consider that meteorites sometimes fell on the planet, the conditions for melting ice would be even greater. Also, we should not forget the possibility of active volcanoes, from which hot lava poured out. If we consider that water on Mars could have fallen with asteroids, the conditions for the emergence of life could indeed have existed.

Except that life could hardly have existed on the surface billions of years ago. Considering that heat was released from the interior, the best conditions for the emergence and preservation of life were under the surface of the planet. There is a possibility that life on Mars originated somewhere below and only then began to appear on the surface. The presence of traces of rivers, after all, suggests that at some time liquid water existed on the surface of the planet, but then it disappeared somewhere. And if there was liquid water, it means that at least microscopic creatures could live in it.

However, it is not so important whether there is life on Mars or not. In the future, there should still be living creatures there, and by all appearances, they would be humans. It is planned to send people to Mars in the next decade, and scientists are carefully preparing for this moment. There is very little oxygen on the distant planet, but thanks to the Perseverance apparatus mentioned above, scientists want to develop technology for the artificial production of oxygen. 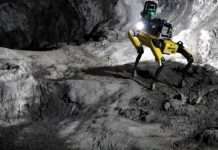 Brit collapses in agony after horror spider bite abroad — and...