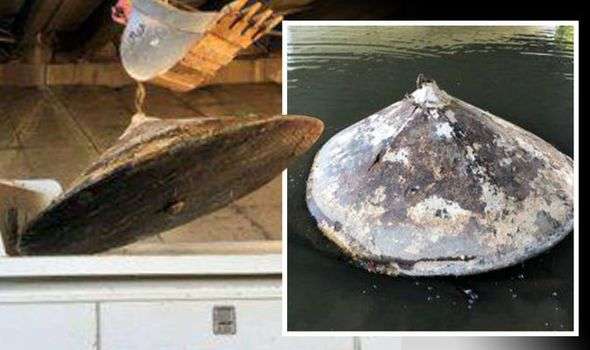 UFO enthusiasts think a flying saucer-shaped alien spaceship has been discovered at the bottom of a US river – but is all as it seems?

Alien life conspiracy theorists believe they have stumbled-across a miniature UFO after an odd-looking metal disk was dredged from the Delaware River on Monday, September 1. Controversial alien researcher Scott Waring claims he is convinced this is possible evidence extraterrestrials have visited Earth.

Waring took to his UFO Sightings Daily site to speculate about the discovery.

Hey @NASA if you’re missing an Apollo capsule, it overshot the ocean and splashed down in our Olentangy River

He said: “The object has perfect dimensions of being a self-contained disk.

“It is similar in size and appearance to may drone disks seen coming out of larger UFOs.”

However, Waring does concede locals in Delaware were joking about the metallic disc-shaped anomaly. 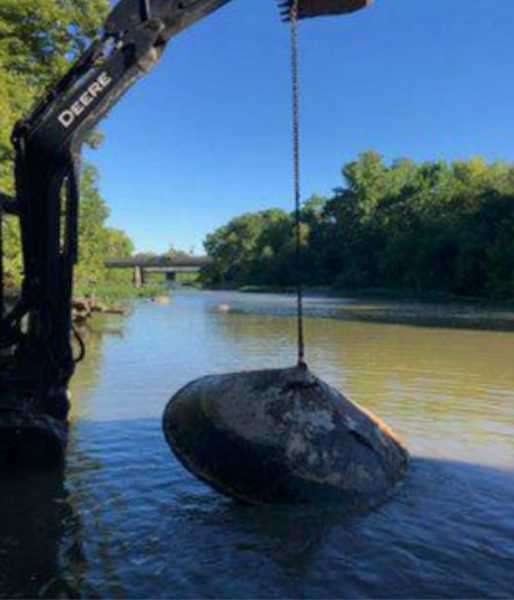 He then proceeds to contradict local media by claiming: “The object will soon be investigated by the US government and analysed by scientists to verify what it is.

“I do believe it is an authentic drone disk that either outlived its usefulness and it ditched itself in the water.

“Or a disk that was struck by lightning which would be too much for a little drone to handle.

“The disk may have been there for hundreds of years from the looks of it.” 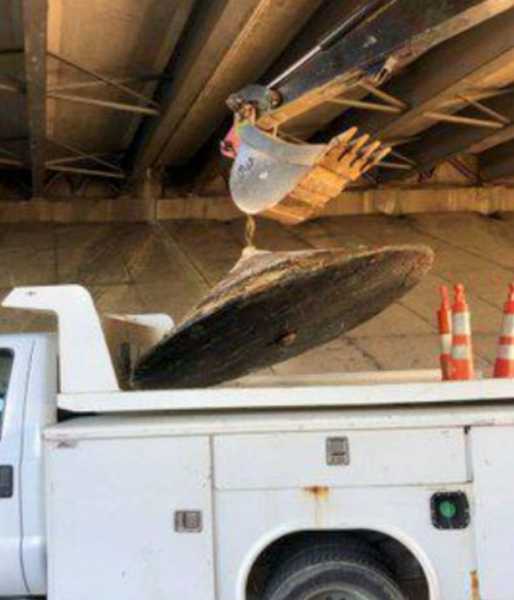 The Akron Beacon Journal offers a far more realistic explanation for the find.

The site reports the city sent a light-hearted tweet along with pictures of the operation.

The wrote: “Hey @NASA if you’re missing an Apollo capsule, it overshot the ocean and splashed down in our Olentangy River.”

And although the concave disk does bear a striking resemblance to a rocket’s heat shield, Lee Yoakum, city spokesman, said the likely explanation is more earthly.

Years ago, White Sands Campground had a water park and a small lake nearby.

Yoakum said: “It appears that might have been some kind of water feature that broke free of its moorings and sank.”

The paper added the disk was taken for ‘analysis’ and eventual salvaged at a local recycling centre, putting to bed any further thoughts the item was alien in any way. 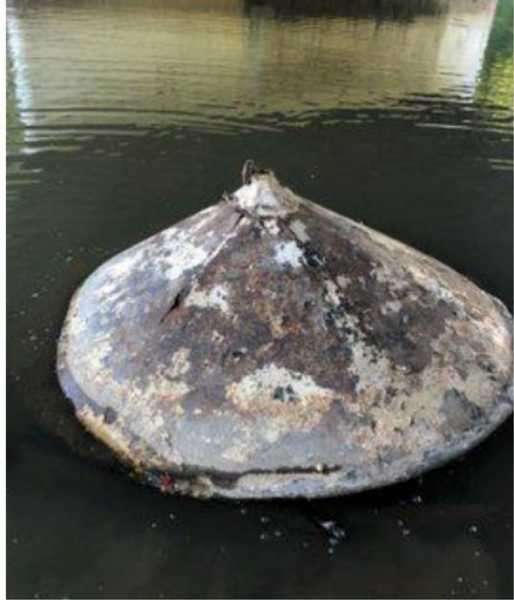 Sceptics and NASA say the so-called spacecraft and other similar findings could be explained by the term ‘pareidolia’.

This is a psychological phenomenon when the brain tricks people into seeing familiar objects or shapes where they do not exist.