Legendary NASA astronaut Buzz Aldrin gave an interview on C-Span seven years ago. In this, the iconic Apollo 11 crew member stated: “Visit the moon on Mars.

“There is a monolith there. A very unusual structure on this little potato-shaped object that goes around Mars once every seven hours.

There is a monolith on Phobos

“When people find out about that, they are going to say ‘who put that there?’

“‘Who put that there?’ Well, if you choose, the universe put it there.”

Alien life hunters have been scouring for this monolith the decorated NASA astronaut spoke of ever since. 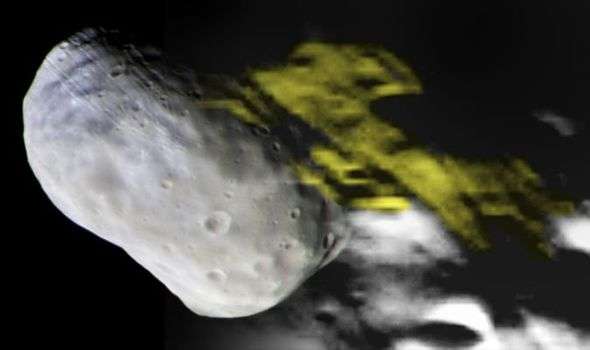 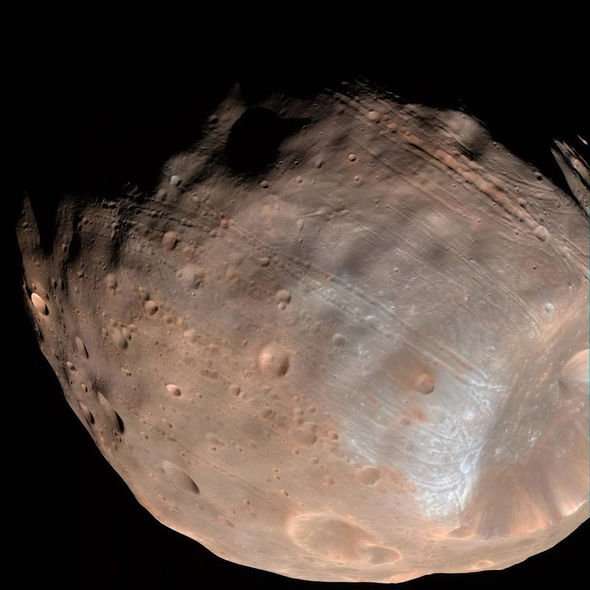 Now Waring believes he has found the legendary alien monolith on a verified European Space Agency (ESA) image of the Mars moon Phobos.

There was only 25 percent of the moon visible because there was a shadow over its other quarter.”

Waring said: “Low and behold, I made a huge discovery – the Buzz Aldrin alien monolith.” 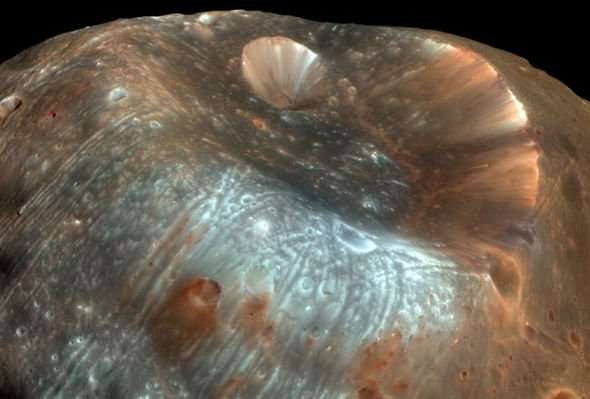 He believes his dubious discovery is actually adding to evidence the ESA and US space agency NASA are involved in a conspiracy to suppress knowledge of intelligent alien civilisations in our solar system.

He said: “The monolith is far larger than any of us thought.

“We all assumed the alien base was this tall rectangular structure discovered five years ago, but it wasn’t.

“That was nothing. This new structure is very big and must have been smudged-out using photoshop on most other Phobos photos in existence.

“ESA editors must have missed this one, because it is 100 percent evidence aliens constructed it and used the Mars moon as a space station.

“Aliens may be controlling the moon, its orbit and speed even today.

Waring proceeds to estimate the scale of the purported Mars moon base, using some simple maths.

“So if we use this full photo of Phobos and compare it to the structure, we find the

structure’s length is a fifth that of Phobos. 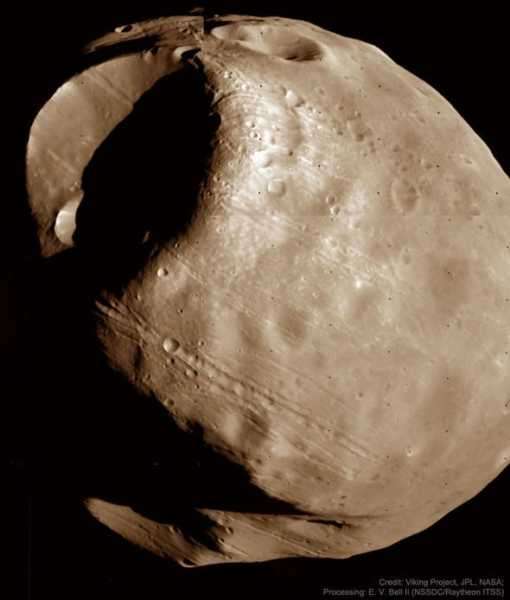 “This means the Mars moon structure or ship is approximately 1.4 miles long (2.2km).

The bizarre and blurry Mars image triggered many comments on the etdatabase YouTube channel.

Javier Cabral appeared convinced by Waring’s claims, commenting: “Thanks for showing what others hide from us.”

However, MajMat remained a little more sceptical about the ESA photo’s provenance, writing: “It looks very strange but it could be a natural formation, as there are lots of other straight lines on Phobos.”