UFO sightings in the UK will be disclosed this year as the Government could reveal its alien secrets.

The ‘British X-Files’ will be released on official government websites “some time within the first quarter of 2020”. The UFO sightings were recorded by the RAF over the years in a unit which was closed down in 2009 after concluding it had never received evidence of a potential threat in more than 50 years.

However, the most recent reports, which are now referred to local police force , will be placed online, according to the PA news agency.

A spokesman for the RAF said that “it had been assessed that it would be better to publish these records, rather than continue sending documents to the National Archives, and so they are looking to put them on to a dedicated gov.uk web page”.

The RAF added the files it keeps, which are being released in response to an FOI from PA, are “comprising entirely of correspondence with members of the public.”

It continued: “The MoD has no opinion on the existence or otherwise of extra terrestrial life and does not investigate UFO reports.” 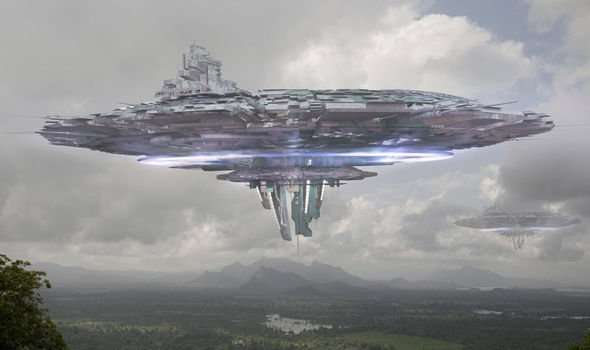 Several sightings of UFOs have made their way to the media in recent times.

Just last year, a man wrote to the Mutual UFO Network (MUFON) – a paranormal investigation team – to describe his experience with a UFO.

The recent case, which took place on the night of February 13, happened when a man was walking his dog in Boxford, West Berkshire. 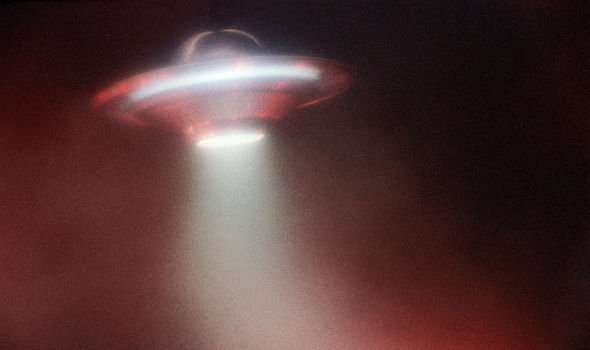 The craft was silent and flying around one kilometre in the sky, and it looked reminiscent of a football stadium light, the man claimed.

In his report to MUFON, the person wrote: “The two leading edges looked longer than the rear edge (60-40 percent.)

“The rear edge appeared to be a light strip looking a bit like a classic sci-fi light drive. A bit like football stadium lights but not as bright, a yellow/white colour.

“Flashing red and white lights at the tips. (White may have been constant, red was flashing.) No lights underneath. Body appeared to be satin/matte black. 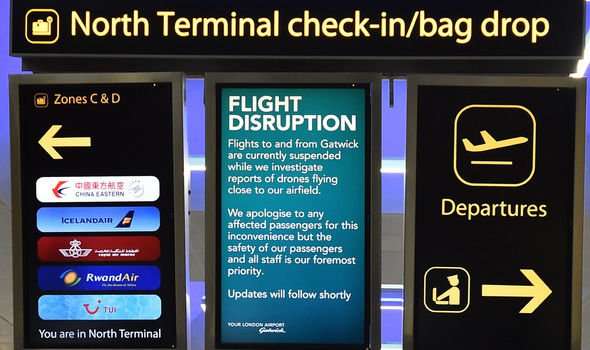 “Dog was disturbed and jumped around three or four times and made a squeaky disturbed dog noise. She’s never done this before when I’ve taken her out.”

Some even suggested the Gatwick drone incident of December 2018 was actually alien interference.

Prominent alien hunter Scott C Waring wrote on his website UFO Sightings Daily: “As I have suggested, the reports of drones may be fake reports by the airport to confuse the public and lead them away from the truth that this may be an alien craft that frequently visits the Gatwick Airport in London.”