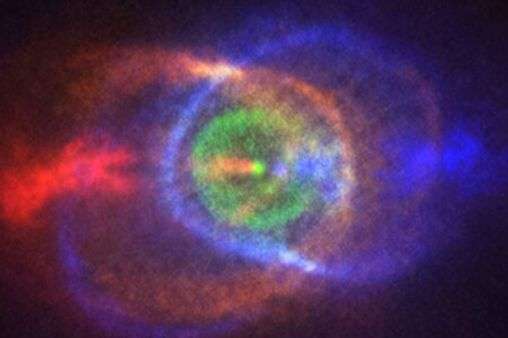 The mysterious rainbow cloud was spotted by researchers from Chalmers University of Technology, using the Atacama Large Millimeter/submillimeter Array (ALMA)

The ‘rainbow cloud’ was created by a battle between two stars (Image: eso.org)

Scientists have discovered a stunning ‘rainbow cloud’ in space, which they believe was created by a battle between two stars.

The mysterious gas cloud was spotted by researchers from Chalmers University of Technology, using the Atacama Large Millimeter/submillimeter Array (ALMA).

Their initial analysis suggests that the cloud formed when one star grew so large that it engulfed the other.

Hans Olofsson, who led the study, explained: “The star system HD101584 is special in the sense that this ‘death process’ was terminated prematurely and dramatically as a nearby low-mass companion star was engulfed by the giant.”

HD101584 is a double-star system, consisting of a main star, alongside a smaller second star. 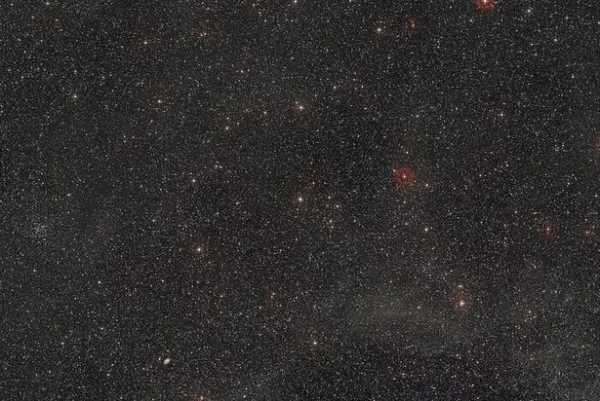 The region of the sky where HD101584 is located

The researchers believe that the main star puffed up, growing large enough to swallow the second star. In response, the smaller star then spiralled in towards the giant’s core, but didn’t collide with it.

Instead, this movement caused the larger star to burst, leaving a cloud of gas behind it.

The researchers hope that this stellar fight can help to shed light on the final evolution of stars like the Sun.

Sofia Ramstedt, co-author of the study, said: “Currently, we can describe the death processes common to many Sun-like stars, but we cannot explain why or exactly how they happen.

"HD101584 gives us important clues to solve this puzzle since it is currently in a short transitional phase between better studied evolutionary stages.

“With detailed images of the environment of HD101584 we can make the connection between the giant star it was before, and the stellar remnant it will soon become.”

Mum and three kids lost in jungle for 34 days are...