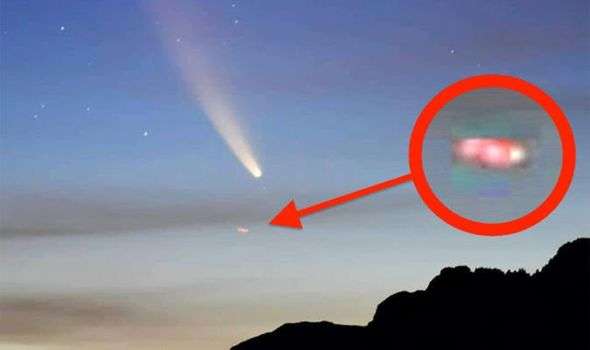 UFO hunters claim to have spotted an unidentified alien object while photographing the flyby of Comet NEOWISE.

The supposed UFO was snapped over Taiwan and shows a fuzzy red light below the tail of Comet NEOWISE. The comet, which is heading towards its closest flyby of Earth on July 23, is currently visible from the Northern Hemisphere. Self-titled UFO expert and conspiracy theorist Scott C Waring is convinced the fuzzy red light is an alien UFO.

The photo, which was taken by one of Mr Waring’s friends, was shared to his blog ET Data Base.

Mr Waring said: “The person woke up early to catch the famous comet NEOWISE as it was crossing the sky.

“Later when looking at the photos, a strange red glowing object was seen.

“The object looks like four balls flying two by two next to each other. 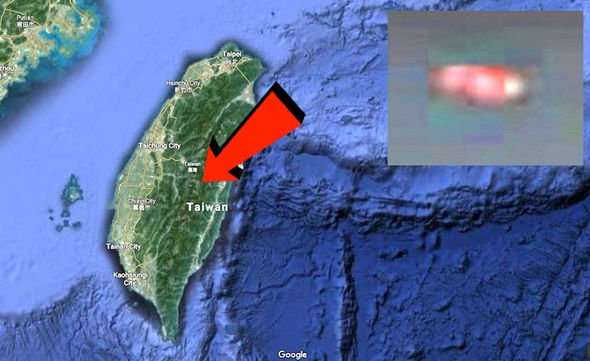 “The UFO looks huge. You can clearly see it in all three photos of the comet.”

The supposed UFO appeared over the Hehuan Mountain area where Mr Waring said are no street lights.

The person who originally saw the UFO near the comet took three pictures in total.

According to Mr Waring, one of them managed to capture the UFO in “high detail”.

He said: “So fortunately for us, the eyewitness got three decent photos, each with the UFO.

“The morning light seemed to cause the last photo to blur the UFO more.

“The UFO probably left the comet and was gone in 15 to 30 seconds. Awesome photos.

“Incredible evidence that Neowise is much more than we believed. 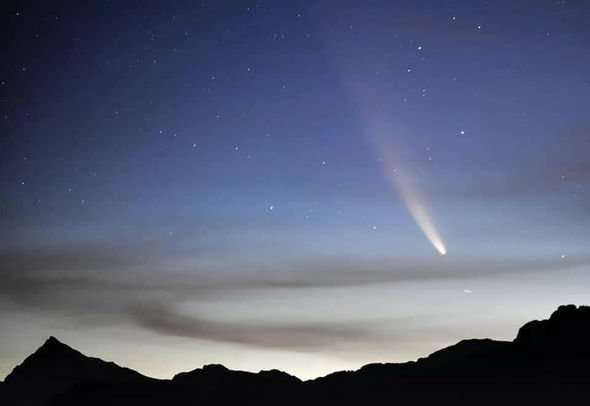 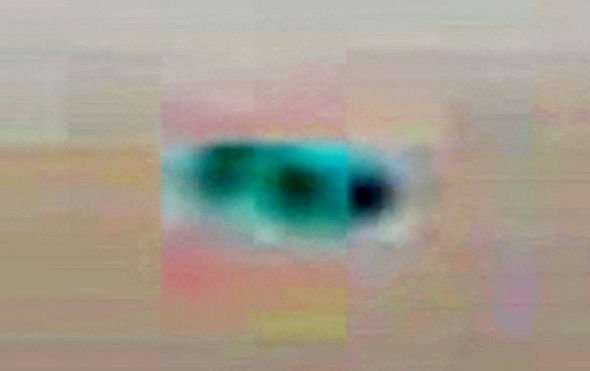 “Absolutely extraordinary and I believe this UFO came from NEOWISE itself.”

Mr Waring went on to claim the UFO flew over the ocean waters near Taiwan at 4am local time to escape attention.

He said: “But as luck would have it… aliens underestimated Taiwanese photographers.

“NEOWISE is not a comet but an alien ship making its rounds to transport and to patrol the aliens’ territories.”

Most experts will, however, agree the fuzzy red light is not a UFO but an effect of pareidolia.

Pareidolia is a bizarre psychological effect that causes the brain to see shapes and patterns where they do not exist.

The US space agency NASA said: “Pareidolia is the psychological phenomenon where people see recognizable shapes in clouds, rock formations, or otherwise unrelated objects or data.