A FLEET of UFOs have been spotted lurking in front of NASA satellites, conspiracy theorists have claimed, leading to theories that they are collecting information.

Using NASA observatory images, conspiracy theorists believe they have spotted a strange fleet of UFOs zooming through deep space. In the photos from the Solar and Heliospheric Observatory (SOHO) satellite, what appears to be a feel of spaceships can be spotted hovering in space. A series of images appear to show the strange bright lights hovering near to the camera of the SOHO satellite.

The footage of the alien sightings was initially uploaded by YouTube channel Streetcap1.

Streepcap1 states that there is enough evidence in the video to suggest that the bizarre encounter is indeed alien activity.

In the description of the video, Streetcap1 wrote: “They are flying in small group formation which might suggest military craft.

“I have seen too many ‘UFO fleets’ now to be in any doubt that this is a reality.” 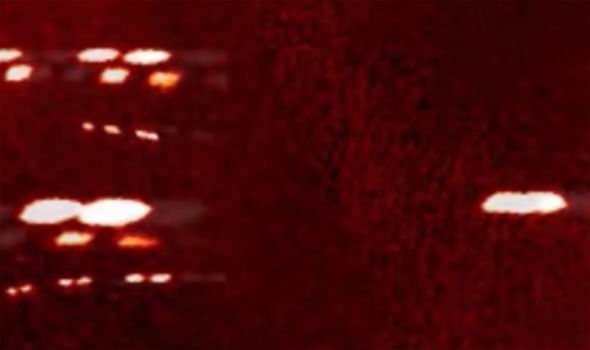 However, prominent conspiracy theorist Scott C Waring goes one step further and suggests that the UFOs are not spaceships – but living aliens.

Mr Waring wrote on his blog UFO Sightings Daily: “The objects always have a curved inward back area and a rounded outward front area. I believe these are living entities, not alien craft.

“The objects are usually together, that means it has a social instinct to gather for safety. This one flying past the SOHO satellite looks big, but its hard to tell exactly how big because it could be just meters from the lens of the satellite.

“However I believe these object to be several meters in size.” One YouTube user believes the ‘beings’ were even using the Sun.

Brendan Clarahan commented: “Looks like they use the sun for a wormhole.”

This is not the first time an alleged alien spaceship has been spotted near the Sun.

In September 2018, Maria Hill from Salem, Indiana, snapped images of the Sun, which she believes show a huge UFO followed by a massive fleet of smaller crafts passing behind. 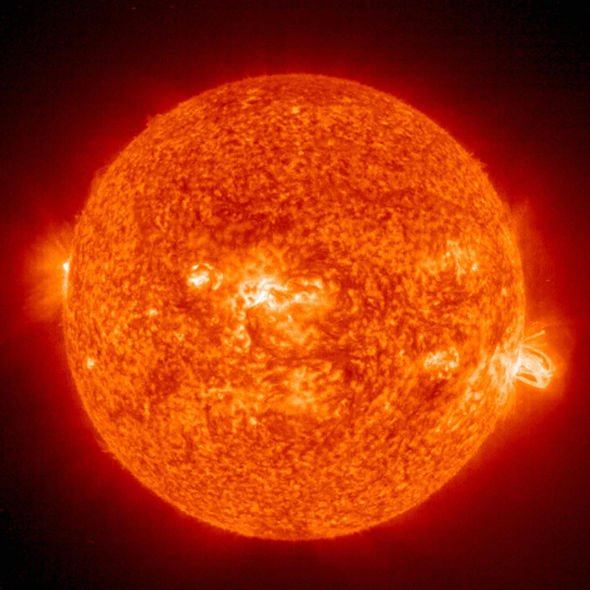 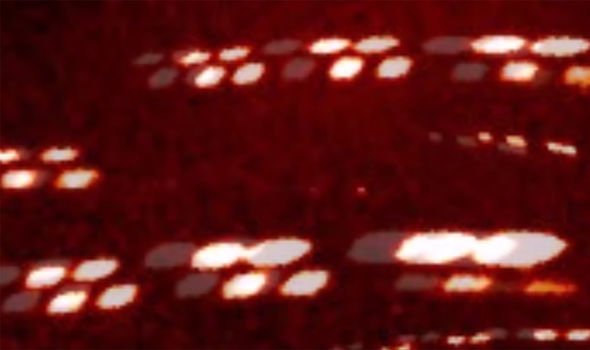 Ms Hill wrote on Facebook alongside the images: “This is what showed up in my camera after I took a picture of the sun in the eastern sky this morning. iPhone 8 with a camera lens adapter.

“A green circular door-like object is at the centre of the vortex/worm hole and a serpent snake at the top right above it, by a circular disc. I am sure this has a symbolic meaning with the snake and the disc.”

However, while alien enthusiasts would be keen to point at these sightings as evidence of intergalactic beings, there are some more plausible explanations.

NASA says sightings like this are often “space dandruff” – specks of rocks and satellite debris which can interfere with cameras. 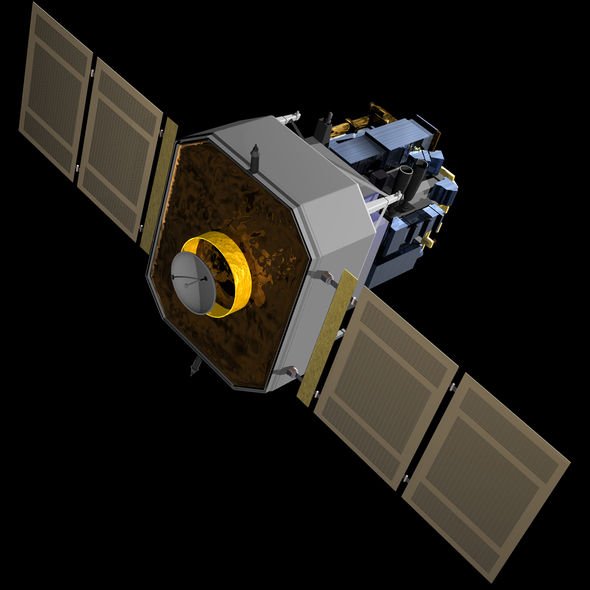 According to former NASA engineer James Oberg said these specks of dandruff can be anything from bits of chipped paint drifting aimlessly in zero gravity, flakes of ice or a bit of dirt on the camera.

Another explanation is likely to be that the sightings are merely a glitch on the camera.

A burst of gravitational waves hit our planet. Astronomers have no...