NASA is concealing the presence of an alien UFO base on Jupiter’s moon Europa, an alien life conspiracy theorist has outrageously announced.

Self-styled alien expert Scott C Waring took to his etdatabase.com blog to speculate about the blurred black and white image found on worldwidetelescope.org. He said: “I just found something absolutely mind-blowing on the moon Europa. “It has some remarkable right angles, a huge fuselage-like body and large openings at its centre, perhaps for docking alien ships.

I just found something absolutely mind-blowing on the moon Europa

“And that is just mind-blowing to me.”

Waring proceeded to accuse revered US space agency NASA of attempting to cover-up of the purported alien UFO base’s existence.

He said: “Black and white is harder for people to see than colour. 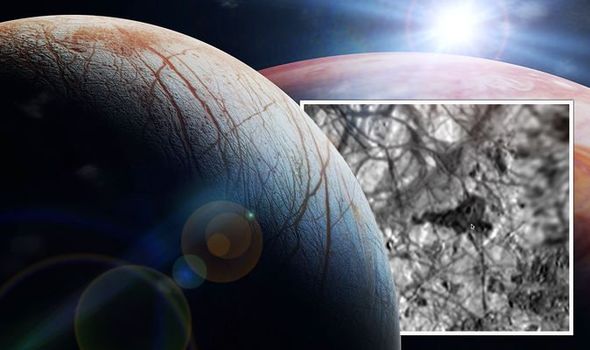 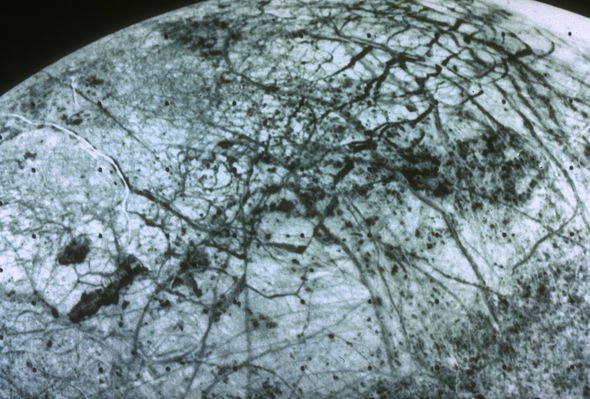 “Maybe NASA is using this psychology to hide this.”

“Jupiter’s moon is supposed to have this icy surface above a giant salty ocean.

“And there are many other anomalies on Europa, such as huge ravines which are maybe tunnels above the ground.

“It is hard to tell with this photo as it is a little bit blurry.

“But as you can see Europa is more visible in certain areas.

“NASA does this on purpose, as it blurs-out the places with the most buildings.”

Europa is one of 79 Moons orbiting Jupiter and Waring claims they could house be numerous other alien bases.

Waring said: “There are a lot of other Moons we don’t have photographs of that we can’t look at because NASA doesn’t want to share with us. 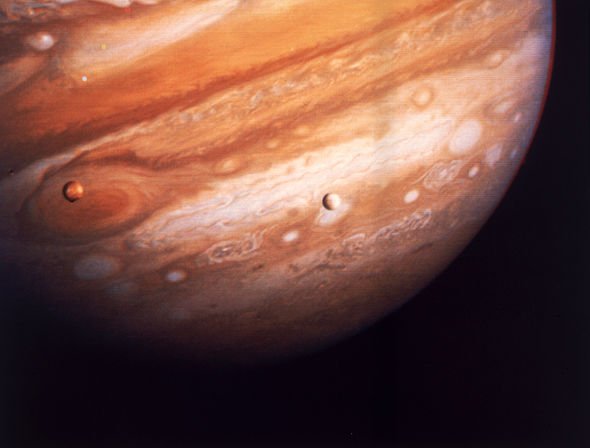 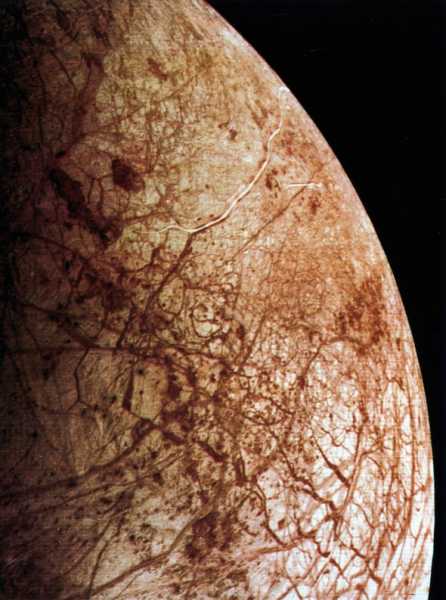 “I am pretty sure a lot of these moons have been photographed – at least half of them.

“But of course not everything will be shared with us, the public.

“It also looks like there is a building complex to the left of the structure, which we can’t see because it has been blurred-out.”

The bizarre blog post quickly garnered scores of comments on YouTube, with the majority less than impressed with the claims.

Eugene Grewing argued: “‘To me this looks like a structure’ THATS NOT EVIDENCE!”

Rodney Boyer agreed, commenting: “Not trying to be rude but it looks like 99 percent of the rest of the moon. sorry”

And Jeff the Rider added: “What a kook, the spot you think is some alien base is just like the others surrounding it.”