Home Planet Earth Where is the Ark of the Covenant: Location of holy relic could... 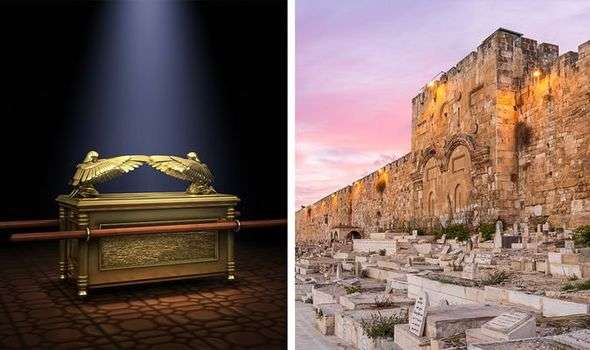 THE Ark of the Covenant has been lost for more than 2,000 years but one expert believes the holy relic could be lurking deep beneath Jerusalem.

The Ark of the Covenant is said to house the stone tablets Moses carried to the Israelites from Mount Sinai on their journey out of Egypt. On the stone tablets were the 10 Commandments, or the Decalogue, given to God’s chosen people to follow. The Ark was held in Solomon’s Temple in Jerusalem until the Babylonian siege of Jerusalem of 586 BC.

After the Temple was destroyed, the Ark seemingly vanished never to bee seen again.

However, Professor Tom Meyer, a public speaker and college lecturer, believes there are clues about the Ark’s secret whereabouts.

He told Express.co.uk: “It was common for temples in the Ancient Near East to have a designated space for sacred religious objects which were the property of the deity worshipped there.

“According to the Bible, the Temple in Jerusalem built by King Solomon had such designated storage areas hidden from the public eye in the bowels of the Temple Mount. 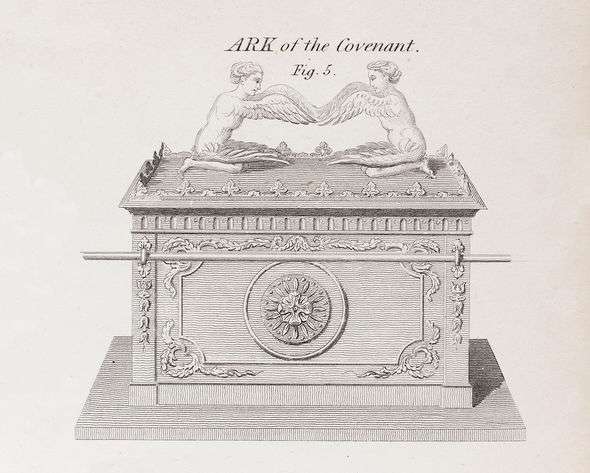 “It was in secret chambers like these, whose whereabouts were guarded by a select few, that the Ark of the Covenant could have been hidden before the final Babylonian invasion of Judah in 586 BC, which culminated with the destruction of Jerusalem and the Temple of Solomon.”

The Bible lists the many treasures plundered and carried to Babylon by the King Nebuchadnezzar.

But the biblical records do not mention the Ark of the Covenant, suggesting it may have never been stolen.

The plundered treasures were later sent back to Jerusalem on the order King Cyrus and were restored to the Second Jewish Temple.

In total, some 5,400 objects were returned to the Israelites – but there is no mention of the Ark among the relics.

Professor Meyer said: “Jewish sources in the Second Temple period tells us that after the Ark of the Covenant went missing, the Holy of Holies – the Ark’s former resting place – remained empty in the Second Temple period; all that remained in the holy spot was a stone jutting above the ground at the height of three fingers, this is where the Ark of the Covenant once stood and where the Muslim Dome of the Rock rests today.

“Based on over a millennium of Jewish tradition, Maimonides the famous 12th century AD Jewish sage stated that when Solomon built the first Jewish Temple, he was aware that it would ultimately be destroyed.

“Therefore, he constructed a chamber, in which the Ark of the Covenant could be hidden below the Temple surface in deep, maze-like vaults.”

There is also mention of the Israelite King Josiah hiding the Ark in a secret underground tunnel under Jerusalem’s Temple Mount, under an area known as the wood storage, in the seventh century BC.

DON’T MISS…
Coronavirus: The Bible forbids the eating of bats [INSIGHT]
Did the Bible warn us of a deadly asteroid impact? [INTERVIEW]
What the Bible said must happen before Second Coming of Christ [ANALYSIS] 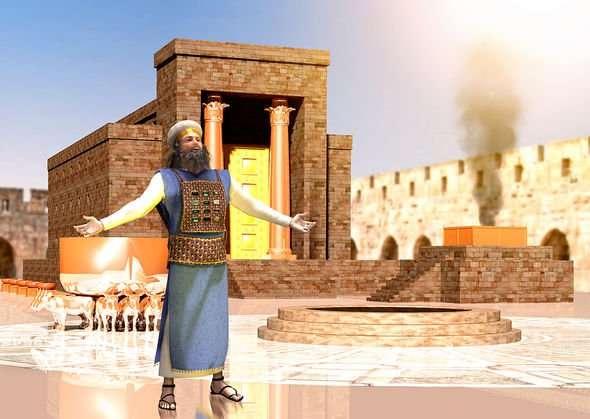 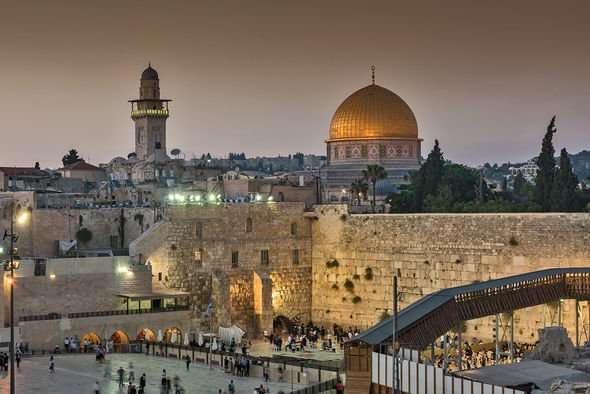 Professor Meyer said: “This wood storage area is perhaps located halfway between the site of the former holy of holies – where the Dome of the Rock now stands – and the modern-day Golden Gate.

“This underground vault is known as chamber #12. This chamber some 40 feet underground was last explored in 1865 by the English archaeologist Charles Wilson.

“He journaled the following about his explorations of chamber #12 ‘cut into the rock…is a low doorway that leads to a flight of steps. This…passage is covered by semicircular vaulting, and at the end are the remains of another doorway…blocked by earth.’

“The most famous archaeological object yet to be found could still be resting quietly in the subterranean chambers behind this dirt-sealed doorway just below the hustle and bustle of the thousands of pilgrims daily touring the Temple Mount.”

It remains to be seen whether the Ark of the Covenant will ever be discovered.

By some accounts, the Ark made its way to Ethiopia before the Babylonian invasion and is now hidden in the St Mary of Zion Cathedral in Aksum.

Church authorities, however, do not allow for the supposed relic to be studied for its authenticity.

Professor Meyer is a lecturer, public speaker and scripture expert who has memorised more than 20 books from the Bible.

Life after death: Chaplain reveals communication from beyond grave – ’Realm...