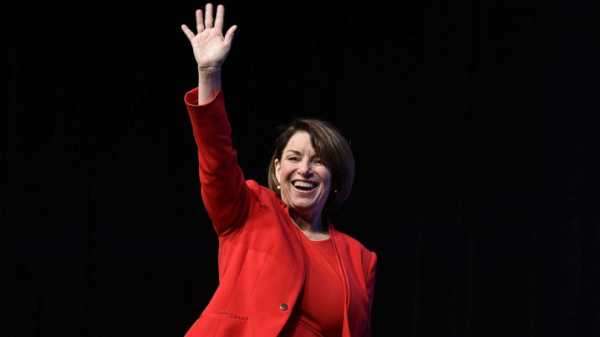 “I think what’s really important to the nation is that we hear the evidence and that it’s a fair trial,” she said on ABC’s “This Week.”

(MORE: 2 weeks of impeachment hearings, 30 hours, 12 witnesses: What we learned )

In the past two weeks, the House Intelligence Committee heard more than 30 hours of public testimony from a dozen witnesses on Ukraine. Democrats are now preparing to advance their Ukraine impeachment inquiry in the coming weeks, a process that could culminate in a floor vote on multiple articles of impeachment before Christmas Day, according to lawmakers and aides.

“This is the global version of Watergate, where a president is trying to get dirt on a political opponent from a world leader,” Klobuchar said on Sunday. “That’s basically what happened here.”

She also said that James Madison thought “the impeachment articles should be included, the provisions in the Constitution, because he feared that an American president could betray the trust of the American people to a foreign power.”

“That’s what this really is about,” she told ABC News Chief Anchor George Stephanopoulos, “and that’s what you heard in the moving testimony of these career diplomats.” 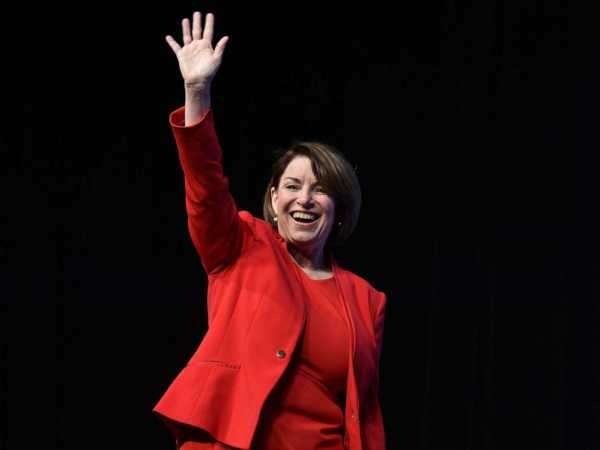 Senior White House officials met privately Thursday with a group of Republican senators to discuss an all-but-assured Senate impeachment trial, according to lawmakers and aides.

After that meeting, Sen. Lindsey Graham, R-S.C., said the group talked about “what happened in the House and what was the senators’ view of a trial.” Graham also said he wanted to make sure that the White House understood there are not enough votes to dismiss the case right out of the gate, making a trial a foregone conclusion.

Separately, Graham has made clear that he wants to hear from the whistleblower, but Klobuchar said on “This Week” that it would be a, “serious, serious mistake,” especially now that witnesses with first-hand knowledge have testified publicly.

Turning back to the politics of impeachment and how American voters saw the impeachment inquiry, she pointed to recent Democratic wins in Virginia and Kentucky.

“We better not screw this up, because we, right now, have with us a fired up base but also Independents and moderate Republicans,” she said.

(MORE: What’s next in the House Democrats’ impeachment probe?)

The Minnesota senator also discussed former New York Mayor Michael Bloomberg officially jumping into the presidential race and his record $37 million ad buy. While she welcomed Bloomberg to the race, she criticized him for the amount of money he was throwing into his run.

“Maybe the argument is, ‘hey I’ve got more money than the guy in the White House,'” Klobuchar told Stephanopoulos. “I don’t think (people are) going to buy that.”

At campaign stops over the weekend, Klobuchar did not hold back on criticizing the idea of another self-funded billionaire running for the White House, telling reporters after a campaign event in Lebanon, New Hampshire, that she wouldn’t be using money to sway voters.

“I compete by being here,” Klobuchar said on “This Week” Sunday. “I compete by talking to actual voters and not just going on the airwaves. And that’s how I’m gonna win.”