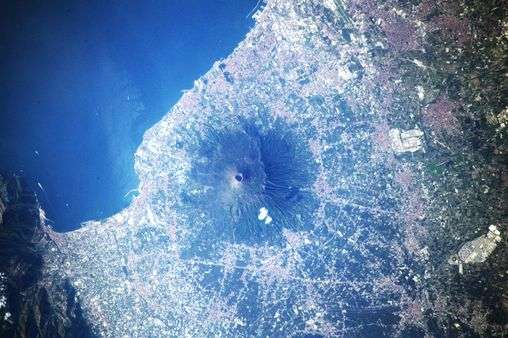 Luca Parmitano, an astronaut with the European Space Agency and the Commander of the space station, snapped the stunning photo of Mount Vesuvius Now, one astronaut on board the ISS has snapped a beautiful bird’s-eye-view photo of one of the most famous volcanoes on Earth – Mount Vesuvius.

Luca Parmitano, an astronaut with the European Space Agency and the Commander of the space station, tweeted the photo.

He wrote: “Millennia of history, and uncountable stories, surround one of the most famous volcanoes in the world, Mount Vesuvius. #MissionBeyond” 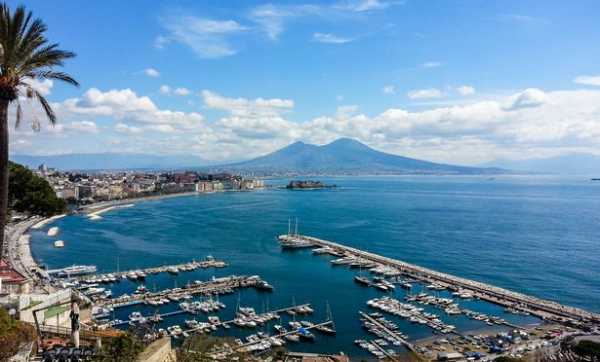 Mount Vesuvius is an active volcano in Italy that’s thought to have originated around 200,000 years ago.

It famously erupted in 79 AD, burying the cities of Pompeii and Herculaneum under ash and rubble, and killing more than 2,000 people.

Since then, Vesuvius has erupted about three dozen times, most recently in 1944. And worryingly, experts have warned that the volcano could ‘erupt at any time.’

Speaking in 2013, Professor Nakada Setsuya, a volcanologist at the University of Tokyo, said: “Vesuvius will erupt – that is certain, because it is an active volcano, even if we cannot predict when.”

If the volcano does erupt, authorities in Pompeii have discussed a new plan that will see people evacuated to Sardinia by boat.

Pietro Amitrano, the mayor of Pompeii, said: “We will start a detailed census of our population first and then discuss in which town in Sardinia our citizens will be transferred, hoping that this day will never come.”