Home Science and Technology China has created a quantum computer that solved the most difficult problem... 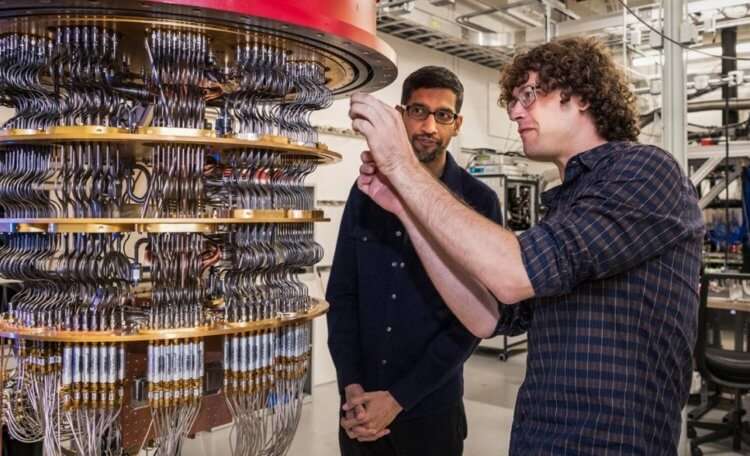 Chinese scientists have developed a quantum computer that was able to solve one of the most difficult problems in 200 seconds. Even the most powerful classic computer would spend about 2.5 billion years computing. The phenomenon in which a quantum computer turns out to be much more powerful than usual is commonly called a quantum advantage. Google first announced the achievement of quantum advantage in 2019, but their success was criticized. In the framework of this article, I suggest you briefly understand what a quantum computer is, what kind of task it was able to solve and how. And does this mean that in the near future our home computers will become thousands of times more powerful?
The invention of a quantum computer can change the life of mankind
What is a quantum computer?
In short, classic computers use bits to store information. And quantum computers use the so-called qubits, which contain much more data. That is why it is believed that quantum computers are potentially much more powerful than classical ones. But at the moment, scientists do not know how to control a large number of qubits and in quantum computers there are only a few dozen of them. But in ordinary computers, the amount of RAM is several gigabytes, that is, tens of billions (!) Of bits.
What is quantum advantage?
Quantum computers in the future can really replace ordinary ones, but at the moment they are far from perfect. However, even with only a few qubits, they solve some problems thousands of times faster than even the most powerful computers. Such achievements are called quantum advantage and in 2019 Google shared such success. The quantum computer Sycamore developed by her solved one difficult task in 3 minutes. And for the Summit supercomputer, this would take more than 10,000 years. But skeptics noted that with the correct configuration, the Summit computer coped with the task in a few days. So the fact that Google has achieved quantum superiority is still being questioned.
Chinese quantum computer
In 2020, Chinese scientists tried to achieve quantum superiority. To do this, they developed a computer designed to solve the problem of sampling bosons. In short, the system needed to calculate the passage of light particles (photons) through the optical device. This problem was formulated several years ago, but it is simply impossible to create a mathematical formula for solving it. According to the authors of scientific work, the supercomputer TaihuLight would take about 2.5 billion years to solve this problem. But the quantum computer coped with the task in just 200 seconds