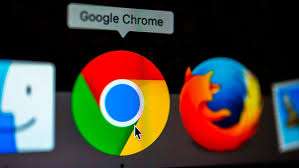 There is a massive campaign on the Internet to distribute malware, which is still in the active stage, reports Microsoft. According to the company, browsers such as Chrome, Firefox, Edge and Yandex.Browser are subject to attacks. Attackers download extensions into them to add ads to the results of search queries and earn money from clicks of users. In addition, these extensions can access user account data, making them vulnerable to other types of attacks. How fraudsters act and how to protect themselves — in the material «Gazeta.Ru.»
The Adrozek distribution campaign launched in May this year. In August, dangerous software was found on 30 thousand computers a day, researchers say.

The attack is aimed at four popular browsers: Chrome, Firefox, Edge and Yandex.Browser. The ultimate goal of the attack is to add ads to the results of search queries so that attackers can earn money from user clicks.

This type of cyber fraud is not new and is widespread online. It is the least threat compared to other forms of malware, as it does not harm the user.

However, according to Microsoft, Adrozek stands out against their background, as it can make changes to security settings, making the victim vulnerable to other attacks.

«Cybercriminals who abuse affiliate advertising programs are not news. Browser modifiers are one of the oldest threats. However, the fact that this campaign uses malware, which affects several browsers, indicates that this type of threat continues to become more sophisticated. In addition, malware… retrieves website account data, exposing devices to additional risks, «members of the Microsoft 365 Defender research group wrote on their blog.

End of the world: Doomsday preacher warns of Armageddon: ‘Not bizarre,...