Home Science and Technology Happy Winter Solstice 2019! Why we celebrate the UK’s shortest day of...

Today is the Winter Solstice 2019 – here’s everything you need to know including what it is, and how it’s celebrated around the world

If you're getting sick of how early it gets dark in the UK, you'll be happy to hear that we've finally reached the shortest day of the year – the winter solstice.

The solstice marks the moment the sun shines over the Tropic of Capricorn – its most southern point.

Thankfully, once the winter solstice has passed, the days will start getting longer again.

Here's everything you need to know about the winter solstice, including when it is, and how it's celebrated around the world.

When is the Winter Solstice?

The date of the winter solstice is different every year, but always falls between December 20th and 23rd.

This year, the solstice takes place on Sunday 22 December.

The solstice occurs at 04:19 GMT in the Northern Hemisphere.

What is the winter solstice?

The winter solstice marks the shortest day of the year.

To be precise, the solstice itself is the moment the sun is shining farthest to the south, directly over the Tropic of Capricorn.

In other words it's when the North Pole is tilted farthest away from the sun, giving us the fewest hours of sunlight.

The shortest day lasts 7 hours 49 minutes and 43 seconds in the UK – that's 8 hours, 49 minutes shorter than the June solstice!

What does 'solstice' mean?

The term solstice comes from the Latin word 'solstitium' meaning 'Sun standing still'. The Sun appears to stand still at the Tropic of Capricorn and then changes direction as it reaches the most southern point as seen from Earth.

Others use the word sunturn.

Is this the first day of winter?

This depends. There's the astronomical and meteorological winter.

Astronomical – begins December 22 and is determined by the Earth's orbit around the sun. 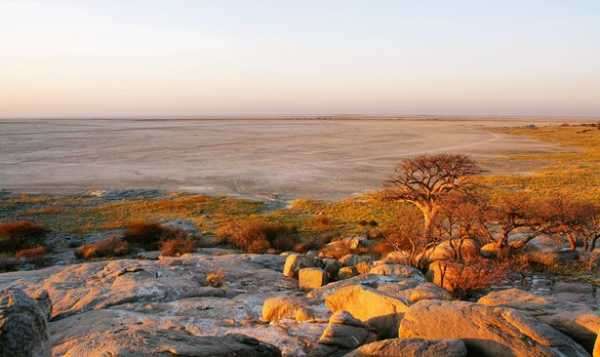 Pagans have celebrated the winter solstice for thousands of years.

There's an annual event at Stonehenge, where those celebrating go to watch the sunrise on the shortest day.

Many of the traditions we now think of as being part of Christmas – including Yule logs, mistletoe and Christmas trees – have their roots in the pagan celebrations of winter solstice.

The Druids – the priests of the ancient Celts – used evergreen trees , holly and mistletoe as symbols of everlasting life during winter solstice rituals. 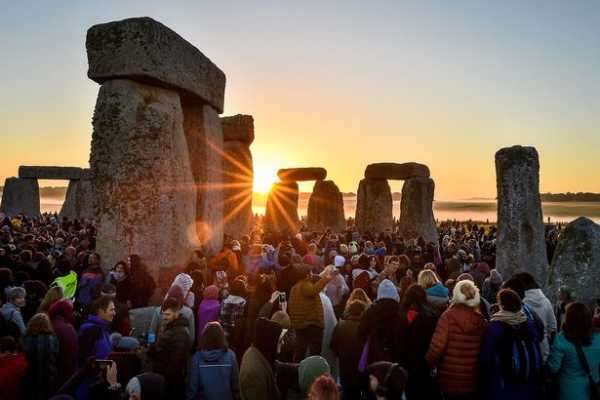 Cutting them down and putting them in their homes would have been too destructive to nature.

But when Saint Boniface, also known as Winfrith of Crediton, found a group of pagans worshipping an oak tree in 8th Century Germany, he cut the tree down.

Myth has it the converted pagans in the region returned the following year to decorate the fir tree.

Stonehenge and the Solstice

People arrive in their droves to the Wiltshire monument to mark the winter solstice, but why?

Stonehenge is aligned on a sight-line that points to the winter solstice sunset.

Archaeologists believe it was constructed from 3000 BC to 2000 BC. It's believed the people who made it put more importance on winter solstice than summer solstice. 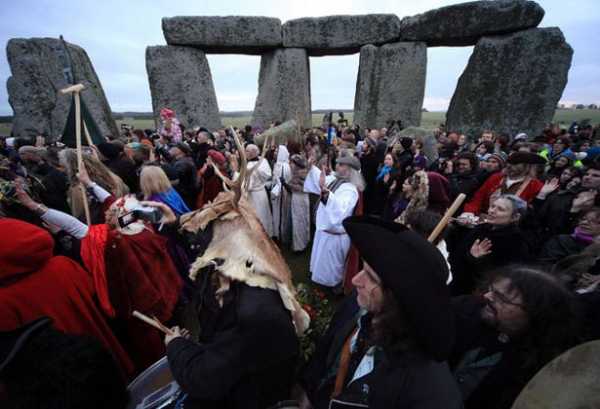 Winter solstice was when cattle were killed so they wouldn't have to be fed in winter and wine and beer was fermented too.

The other megalithic monuments that align with the sun are:

New Grange , in County Meath, Ireland, which points to the winter solstice sunrise

Goseck Circle aligns with both the sunrise and sunset.

Will the days start getting longer again?

Yes. After the solstice, the days will gradually get longer until the summer solstice on Saturday, 20 June 2020.

When is the summer solstice?

The summer solstice, also known as midsummer, will take place on 20 June 2020

On this day, the sun will shine directly over the Tropic of Cancer.