Home Science and Technology Take this test to see how lazy you are compared to the... 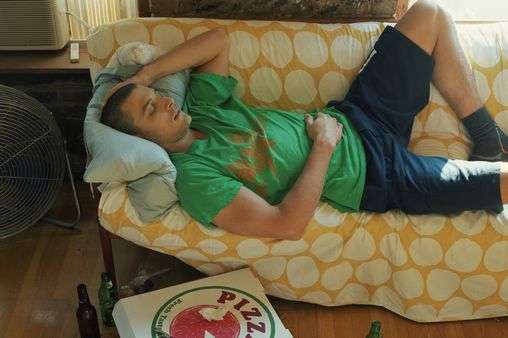 The Lazy Scale test was developed by Great Bean Bags, and shows you how lazy you are compared to the rest of the UK

If you’re still in a post-Christmas slump, it’s likely that a lazy day on the sofa rather than a day at the office sounds pretty appealing.

But how lazy are you for the rest of the year? A new test has been developed to tell you just that.

The Lazy Scale test was developed by Great Bean Bags, and shows you how lazy you are compared to the rest of the UK.

Patrick Tonks, creative director at Great Bean Bags, said: “We wanted to help people that might be putting New Year’s resolutions in place – we know how important it is to kick back and relax, but we have to eat healthy and do plenty of exercise as well, with moderation being key!

“Resolutions are difficult to stick to, so we thought something that offers people a score on their current habits can give them a goal to beat and something to aim for.”

The test asks you various questions, including how many hours you spend working and sleeping each week, as well as how many takeaways you order.

Claudia le Feuvre, a nutritional therapist, said: “We know takeaways aren’t healthy, but we perceive advantages that keep us trapped in the same cycle – in this case ‘secondary gain’ might be the convenience, speed or appeasing someone else by getting a takeaway.

“If you go for a fast food option, try to eat slowly and savour and enjoy every bite. After that, it won’t take long to realise why most people wolf down takeaways.

“When you really, properly chew them, they don’t taste so good and it becomes much easier to avoid the lure of the bliss point.”

At the end of the test, you’re given a score of one to ten, with one being the healthiest, and 10 the laziest. For comparison, the average UK score is six.

You can take the Lazy Scale test here .