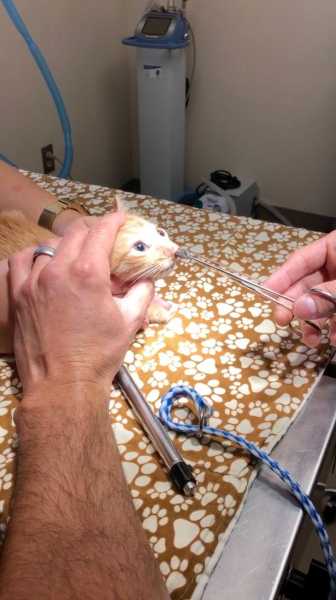 A gruesome video has emerged, showing the moment a vet pulled a huge pulsating parasite from a kitten’s nose

If you’re feeling squeamish this Friday morning, it may be wise to click onto a different story.

A gruesome video has emerged, showing the moment a vet pulled a huge pulsating parasite from a kitten ’s nose.

The kitten, in North Carolina, was just eight-weeks old when it started suffering from chronic nasal discharge.

Its owner took it to the Animal Care East veterinary hospital in Winterville, where a vet used forceps to study the cat’s nose.

Amazingly, the vet discovered that the nasal discharge was caused by a huge Cuterebra botfly larva, which was living in the kitten’s nostril.

Speaking to Newsflare, the filmer explained: “When the eight-week-old kitten presented to the clinic, it had a chronic history of sneezing and oculonasal discharge and had a grossly distended right nostrum.

"I decided to sedate the kitten and I would have never guessed there would be a gigantic botfly in there!

"Usually they are only roughly a centimeter or so in length and found burrowed into the skin – this was the largest one I have ever seen … and it was in the nose! 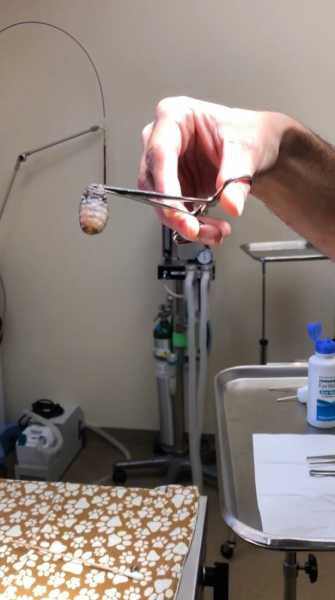 "The kitten is back to better now with no concerns reported by the owner; no more discharge, no more sneezing.

"This was such an awesome outcome for a great kitten and a great pet owner."

It remains unclear how the parasite got int he kitten's nose, but thankfully it was ok.