Home Science and Technology The new Redmi Note 9 was slightly weaker than the Redmi Note... 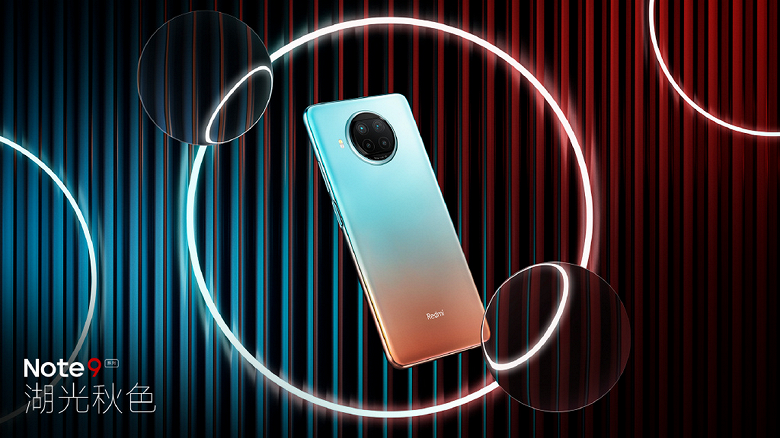 Smartphone 8 GB RAM and MediaTek Dimension 800U showed its capabilities in the benchmark
According to official information, Redmi is due to introduce new Redmi Note 9 smartphones in China this week. Now the Redmi Note 9 has appeared in the popular Geekbench test application.

The Geekbench database says that the Redmi Note 9 with model number M2007J22C is equipped with an octa-core single-chip system MediaTek Dimension 800U, which is supplemented by 8 GB of RAM. The tested device runs MIUI 12 based on Android 10.

The smartphone scored 598 points in a single-threaded test, and when using all cores, the result was 1793 points. It is worth adding that his older brother, the Redmi Note 9 Pro, which is based on Snapdragon 750G, scored 645 and 1963 points, respectively, being equipped with the same amount of RAM.
The standard version of Redmi Note 9 is expected to receive a 6.53-inch display with a resolution of 2400 x 1080 pixels with an opening for the front camera, which is located in the upper left corner. Her permission will be 13 MP. The main camera will have a resolution of 48 MPs. The smartphone will receive a 5000 mAh battery, which supports 22.5 W fast charging.

The presentation is expected on November 26, on the same day smartphones will go on sale. Lu Weibong, CEO of the Redmi brand and president of Xiaomi China, and Florist Show members will host a whole talk show dedicated to launching new smartphones. At the same event, the announcement of the Redmi Watch is expected, which can be released in the world under the name Xiaomi Mi Watch Lite.

Xiaomi smartphones recognized as the highest quality long-playing camerophones
Users were asked various questions that related to the camera, battery life, durability, and value for money
Xiaomi, a Chinese smartphone maker, has made huge strides in the Indian market. And despite the fact that in the last quarter Xiaomi lost the lead to Samsung, the Chinese manufacturer continues to not only increase deliveries, but also improve the quality of its smartphones.

Research company RedQuanta conducted a survey in more than 25 cities in India, the purpose of which was to establish the best smartphone brand. Users were asked various questions that related to the camera, battery life, durability, and value for money.

Falcon 9 launch vehicle successfully launched from a launch site in...