A deadlock between two Republicans was settled with a coin flip 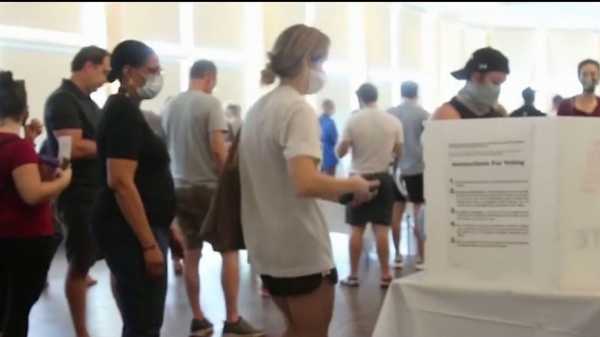 A messy primary in Georgia has many people concerned about the prospect of major problems in November; Peter Doocy reports.

The winner of a deadlocked Idaho race for precinct committeeman came down to heads vs. tails on Wednesday.

Idaho law has stipulated that tied votes in either primary or general county elections will be decided before the county clerk by “a toss of a coin.” The law dated back to 1970.

Davey called heads when given the option by Ada County Clerk Phil McGrane, but the flip came up tails, indicating a Frazier victory. 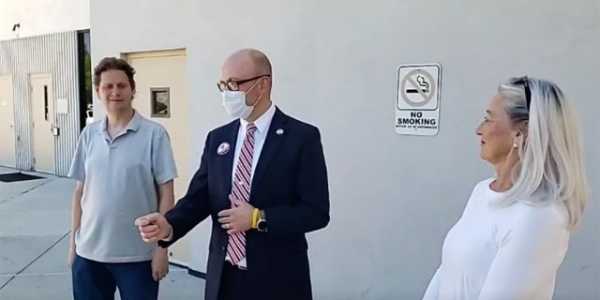 The race came down to a coin toss.
(Ada County Elections Facebook)

A Susan B. Anthony dollar was used for the event to commemorate the upcoming 100th anniversary of women’s suffrage and the passage of the 19th amendment.

The public was permitted to observe the coin toss, which also was posted to the county’s elections Facebook page.

A precinct committee chair is tasked with encouraging people to vote, typically providing a line of contact between voters and the political party in a local election.

Remarkably, it was not the first time an Ada County election has been determined by a coin toss.

Chelsea Carattini, a spokesperson for the Ada County elections office, told a local news outlet that races in 2012 and 2016 were also called this way. In fact, it was Frazier’s second coin toss election.

Ozone hole three times the size of Greenland opens over the...