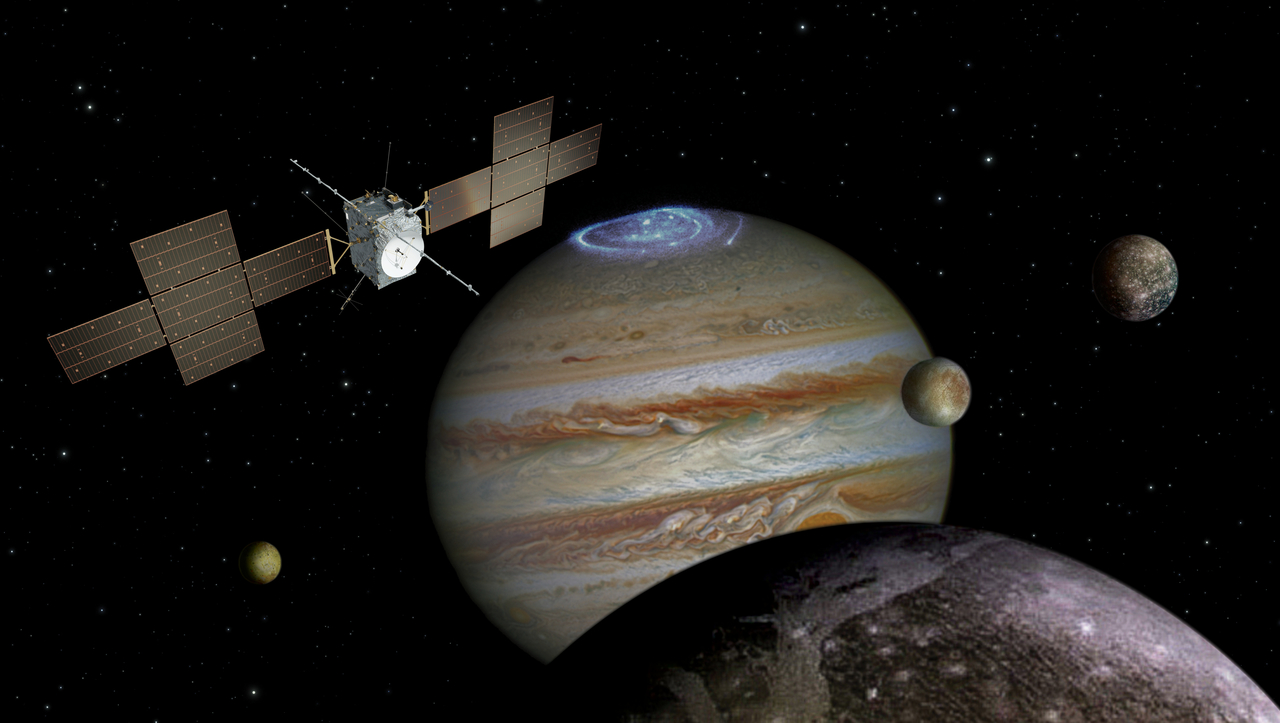 Airbus engineers have completed the assembly of the JUICE interplanetary vehicle. It has already left the assembly shop and is now heading to the ESTEC test center located in Nordwijk, the Netherlands. There, J U I C E will be subjected to various endurance tests for its stay in interplanetary space.

The test program lasts 12 months in total. This includes placing the vehicle in an ESTEC vacuum chamber for 31 days. At the end of this test, JUICE will be flown to Toulouse, where it will be put into flight configuration. This will be followed by a final series of tests, including electromagnetic compatibility tests of the onboard systems, as well as deployment tests of the various components.

JUICE will be launched in June 2022 from Kourou, French Guiana. The main goal of the mission is the three largest icy moons of Jupiter: Europa, Callisto and Ganymede. The apparatus will study them and assess their potential habitability. Particular attention will be paid to Ganymede, the only planet’s satellite in the solar system that has its own magnetic field. At the end of the mission JUICE will enter a permanent orbit around it and study how the magnetosphere of this body interacts with the magnetosphere of Jupiter.

Because the Ariane 5 launcher is not powerful enough to send JUICE directly to Jupiter, it will need to perform a series of gravitational maneuvers around Earth, Venus and Mars. These will ensure that the spacecraft arrives at its destination in October 2029.