A stick insect named Charlie has improperly shaped sex organs, which makes it unable to mate. And in order to study the insect in more detail, it will have to be killed.

During their recent study, experts from the Museum of Natural History in London have found an incredibly rare insect – a stick insect Diapherodes gigantea, which is nicknamed Charlie. Its main feature is that it is half female and half male. Charlie is the first example of an insect of this species to exhibit hinandromorphism, writes IFLS.

Charlie was kept as a pet by owner Lauren Garfield of Waldringfield, England. She noted that at first her pet was no different from other wandering animals. However, after the creature molted, she noticed an unusual coloring on it: one side of it was green, like females, and the other – brown, like males.

As a result, the woman decided to contact researchers from the Museum of Natural History, who were intrigued by this specimen and asked to see the specimen.

Entomologist Paul Brock confirmed that Charlie is the first recorded case of a Diapherodes gigantea stickworm showing both male and female characteristics.

“In fact, gynandromorphism occurs more often than many people think. We only notice it when the signs are really obvious, such as in species with sexual dimorphism, when there are differences in the appearance of adult males and females,” Brock added.

It’s worth noting that Charlie’s sex organs are misshapen, and as a result, he can’t mate. And in order to study the insect in more detail, it will have to be killed. Unfortunately, this is the only way out, otherwise the creature will lose color and shrivel up.

Recall that in January of this year, entomologists discovered a new species of small wasp Neuroterus valhalla, which was named after the pub Valhalla. Scientists had to spend 4 years to study the miniature insects in detail and isolate them into a separate species. 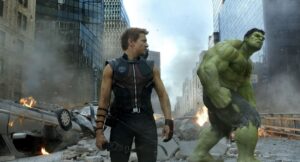