Home Space and Ufo Billionaire Hosts Girlfriend Contest for ‘First Woman to the Moon’ and (Shocker)... 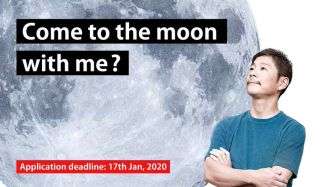 Japanese billionaire Yusaku Maezawa’s ad for his “girlfriend contest” that has sparked a ton of negative feedback.

Will the first woman to travel to the moon be the winner of a billionaire’s “girlfriend contest”? We really hope not.

On Sunday (Jan. 12), Japanese billionaire Yusaku Maezawa, founder of the Japanese online retailer Zozotown and an avid fine art collector, tweeted, “[WANTED!!!] Why not be the ‘first woman’ to travel to the moon? #MZ_looking_for_love,” alongside an image of him with the moon with the caption “come to the moon with me?”

In 2018, Maezawa announced that he and six to eight artists would become the first passengers on SpaceX’s Starship spacecraft, which would fly around the moon without landing. Now, it seems as though the 44-year-old father of two intends for one of those seats to go to the winner of his contest looking for women age 20 or older to apply to be his girlfriend and the “first woman to the moon.”

In a turn of events that is shocking to no one, this call for girlfriend applications has received immediate, intense backlash.

A large number of the responses on Maezawa’s tweet include expletives (and are therefore not included here). Overall, it seems as though most people have negative feelings about this contest.

One major criticism of the contest, which many have echoed on Twitter, is that the contest aims to fly the “first woman to the moon.” So, instead of one of the many women who have worked tirelessly to become astronauts, or who hope to one day become astronauts, making this historic journey, it would be a woman chosen by a billionaire solely for a romantic relationship.

So, not only would the woman chosen by Maezawa be a prop in a largely publicized spectacle, but this contest could set an example for younger generations of women that their willingness to engage in a romantic relationship could get them farther than hard work in a STEM (science, technology, engineering and math) field.

“‘Mom, who was the first woman to travel to the moon?’ ‘Well, she won a dating contest…'” is *not* the answer I would want to give my child. Not against the concept in general, but firsts are special. History remembers them. I need this one to be done right,” Emily Calandrelli, an Emmy-nominated science communicator and host of the “Xploration Outer Space” science TV show on Fox, said on Twitter in response to Maezawa’s contest.

“mom, who was the first woman to travel to the moon?””Well, she won a dating contest…”is *not* the answer I want to give. Not against the concept in general, but firsts are special. History remembers them. I need this one to be done right. https://t.co/Qz24hYnKqXJanuary 12, 2020

Naia Butler-Craig, an aerospace engineer and PhD student at Georgia Tech, added on Twitter, “Just cause I know this will probably get negative traction: No shade to the lady who accepts but my heart will hurt if in history books the first woman to go to the moon is only going to be known as a billionaires girlfriend. Not the message we want to send to future explorers.”

Just cause I know this will probably get negative traction: No shade to the lady who accepts but my heart will hurt if in history books the first woman to go to the moon is only going to be known as a billionaires girlfriend. Not the message we want to send to future explorers.January 13, 2020

The matchmaking fiasco, which is currently being turned into a documentary called “Full Moon Lovers” to be broadcast on a streaming service, is accepting applications until Jan. 17.

On the contest website that Maezawa links to in his tweet, he specifies even further what he’s looking for in a girlfriend. According to his specifications on the page, applicants must have a “bright personality and always positive,” be “interested in going into space and able to participate in the preparation for it,” “want to enjoy life to the fullest” and “be someone who wishes for world peace.”

In 2018, when Maezawa first started planning his moon journey, the Starship and Super Heavy launch vehicle — which were then collectively known as the BFR, or Big Falcon Rocket — were in the early stages of development.

In September 2019, SpaceX founder and chief executive Elon Musk unveiled the first completed Starship prototype, the Mk1, and he provided an update on SpaceX’s progress toward getting its new reusable spaceship and megarocket off the ground and, ultimately, to the moon. A couple of months later, in November, a prototype of the spacecraft suffered an anomaly during a pressure test.

SpaceX plans to launch the first test flight of its Starship prototype as early as October, with the first commercial launches beginning in 2021. The first Starship missions will launch satellites into low Earth orbit, but eventually SpaceX aims to use the spacecraft for human missions to the moon, Mars and potentially even other destinations in the solar system.

Maezawa’s mission, named #dearMoon, is currently on track to launch to the moon in 2023. Together with a group of six to eight artists (including, possibly, the winner of this contest), Maezawa will travel in a loop around the moon — without landing on it — in a flight lasting five days and 23 hours. 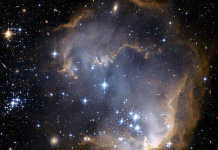 The north magnetic pole is leaving Canada for Siberia. These ‘blobs’...

A sorcerer who promised to sacrifice crocodiles appropriated money and fled.

Sphero’s RVR Programmable Coding Robot Car Is $50 Off for Black...