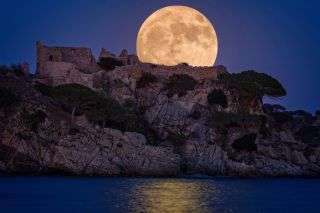 Friday’s full moon, also known as the strawberry moon, will light up the night sky in most of the Western Hemisphere (including North America), but that’s not the case the world over.

In much of the Eastern Hemisphere, the full moon on Friday (June 5) will showcase a penumbral lunar eclipse, meaning that the strawberry moon will appear dark and silvery.

The moon’s exact moment of fullness happens at 3:12 p.m. EDT (19:12 UTC) on Friday, according to NASA. However, because the moon won’t be visible in North America at the point, your best bet is to gaze skyward at moonrise, when the slightly-less-full moon will begin its ascent at 8:23 p.m. EDT (shortly before sunset at 8:31 p.m. EDT), according to Travel and Leisure.

The strawberry moon is named for the relatively short strawberry growing season in northeastern North America; it’s a name recognized by most Algonquin tribes, the now-defunct Maine Farmer’s Almanac reported in the 1930s, according to NASA.

In fact, June is prime strawberry growing time for most of the United States, according to the food site Epicurious, which also pointed out that strawberries are a favorite, ranking sixth as the country’s most popular fruit. If you have a sweet tooth, go for wild strawberries, which tend to have sweeter, tangier flavors than the more firm, waterier store-bought ones, Live Science previously reported.

Other names for this full moon include the mead moon, honey moon, rose moon and LRO moon (for the Lunar Reconnaissance Orbiter, which was launched toward the moon June 18, 2009), according to NASA. Whatever you call it, this will be the last full moon of spring, before the summer solstice on June 20.

Related: Glitzy photos of a supermoon

For the penumbral lunar eclipse this Friday, the strawberry moon is dipping 57% into the penumbra, or outer shadow, of Earth, Travel and Leisure reported. The lunar show begins at 1:45 p.m. EDT (17:45 UTC), but to catch the maximum eclipse, tune in at 3:24 p.m. EDT (19:24 UTC), according to timeanddate.com, which explained that “the moon is below the horizon during this eclipse, so it is not possible to view it in New York.” The penumbral eclipse ends 3 hours and 18 minutes later at 5:04 p.m. EDT (21:04 UTC).

To watch a live stream of the eclipse, tune into the Virtual Telescope, which will get a peek at part of the penumbral lunar eclipse as it rises over Rome.

The celestial show doesn’t end there. According to timeanddate.com, “a solar eclipse always occurs about two weeks before or after a lunar eclipse.” In this case, the solar eclipse — when the moon is directly between the sun and Earth — will happen on June 21. But, just like the strawberry moon’s penumbral lunar eclipse, this eclipse won’t be visible in North America. 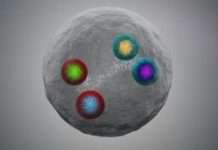 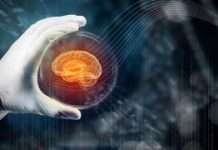 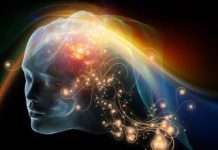 British woman, 89, dies and husband hurt in gas explosion in...