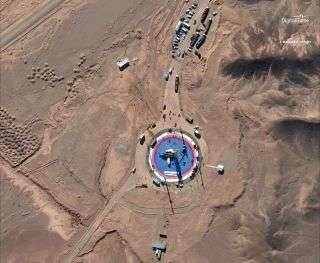 This photo by a satellite operated by DigitalGlobe, a subsidiary of Maxar Technologies, shows Iran’s Imam Khomeini Space Center on Feb. 5, 2019, shortly before a Safir rocket launch that was later determined to be a failure.

The nation launched a communications satellite called Zafar 1 atop a Simorgh rocket at 10:45 a.m. EST Sunday (1545 GMT; 7:15 p.m. local time) from Imam Khomeini Space Center in northern Iran, the Associated Press reported. But Zafar 1 didn’t make it all the way to orbit.

“Stage-1 and stage-2 motors of the carrier functioned properly and the satellite was successfully detached from its carrier, but at the end of its path it did not reach the required speed for being put in the orbit,” Defense Ministry space program spokesman Ahmad Hosseini told Iranian state television, according to the AP.

The failure is not an isolated incident. Iran suffered a Simorgh launch failure in January 2019 and another one with a different rocket, the Safir, a month later. And, in August of last year, a rocket apparently exploded on the pad at Imam Khomeini Space Center, spawning smoke and wreckage that was spotted from space, by satellites operated by San Francisco-based company Planet.

Tensions between the United States and Iran have been higher than usual lately. A U.S. drone strike killed high-ranking Iranian general Qasem Soleimani in early January. A few days later, Iran retaliated with missile strikes on several sites in Iraq that housed American troops. Nobody was killed in those strikes, American officials have said, though dozens of service members suffered concussions from the blasts. 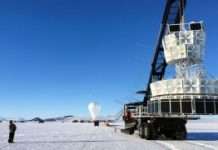 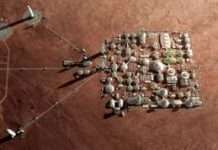