Home Space and Ufo Machine learning makes it possible to study the places in which stars... 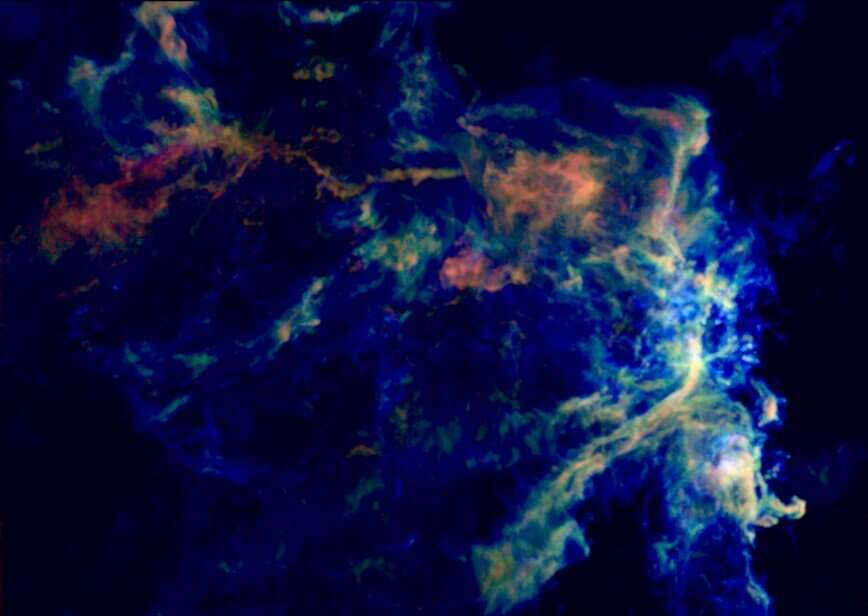 The gas clouds in which stars form and develop are vast areas, extremely rich in matter, and, therefore, in physical processes. All these processes are intertwined in different scales, times and sizes, which makes it almost impossible to study these areas, the so-called star nurseries. However, scientists from the ORION-B program said artificial intelligence could help break down barriers still in the way of their astrophysics research.

In order to provide the most detailed analysis of the molecular cloud of Orion, one of the closest star-forming regions to Earth, the ORION-B team included scientists specializing in massive data processing. This allowed them to develop new methods based on statistical learning and machine learning to study the Orion cloud, made at 240,000 frequencies of light.

Based on artificial intelligence algorithms, these tools allow you to extract new information from a large mass of data, such as data used in the ORION-B project. This allowed scientists to reveal a certain number of characteristics controlling Orion’s molecular cloud.

For example, they were able to detect the connection between the light emitted by certain molecules and information that was previously unavailable, namely the amount of hydrogen and free electrons in the cloud, which they were able to track with artificial intelligence. By analysing all the data at their disposal, the research team was also able to identify ways to further improve their observations by eliminating a certain amount of unwanted information.

Now ORION-B teams want to test this theoretical work by applying the estimates and recommendations obtained and checking them in real-world conditions. Another important theoretical task will be to study the velocity of molecules and therefore visualize the motion of matter to see how it moves inside the cloud to learn more about the formation of stars.