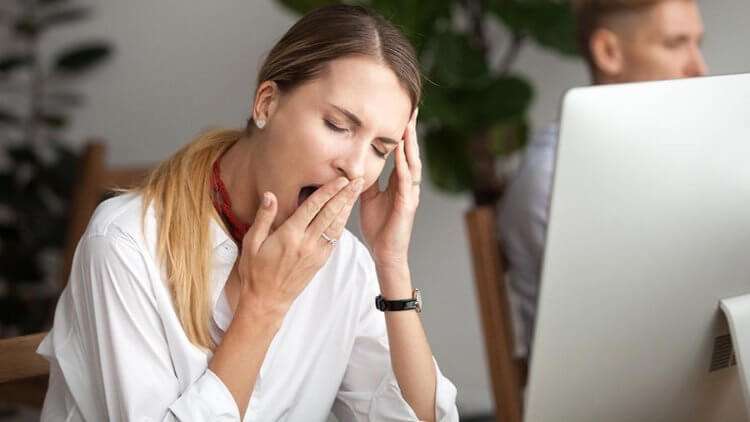 Everyone knows how much everyone needs a good, healthy sleep. During this physiological process, our body rests and gains strength, and our brain sorts out information from the day. When we don’t get enough of it, we feel broken, our capacity for work drops, apathy and bad moods arise. But these are only mild symptoms that quickly go away once we get a good night’s sleep. But what happens to the body when the lack of sleep goes into the chronic phase and lasts for a long time, for example, a year and a half? Recently, there is an opinion that five hours of sleep is even good, because that is how many famous people slept, for example, Napoleon, Churchill, Margaret Thatcher, as well as the living Donald Trump and Angela Merkel. In fact, this is one of the myths about sleep; four to five hours of sleep can do a lot of damage to the body. The exception is people who have such a peculiarity of the body that a short time is enough for them to sleep. One of the proofs of the devastating effect of lack of sleep was given by the University of California, Los Angeles. They found that it leads to accelerated aging.

How to determine the biological age of man

The scientists conducted a fairly simple study — they took DNA from 33 women and compared how it looked during pregnancy and after childbirth. First of all, they studied the end chromosomes, also commonly called telomeres, to determine the biological age of women by their length.

As a cell ages, telomeres become shorter. This is because when a cell divides, it also doubles its chromosomes, allowing its daughter cells to receive identical copies of them. However, the proteins that double the DNA are unable to copy the DNA strand all the way to the end. Accordingly, there is a part at the end of each strand that is not copied into the new DNA. As a result, the copy becomes slightly shorter than the original.

Fortunately, the end of the chromosome is not the genes that code for proteins, but the useless telomeres. Otherwise, the genes would be damaged or missing altogether. That is, telomeres are simply necessary so that cells can divide without harming the genome.

However, telomere length is not infinite. They shorten to a certain point, after which the cell can no longer divide. In fact, cells have their own division limit, which is determined by the telomere length. After that they can only die.

There is also a special enzyme in the body called telomerase. Its task is to lengthen telomeres. However, telomerase is only able to perform its task in stem cells and some cancer cells. Accordingly, if any cells have excessively short telomeres, it indicates that the body is using up cell resources faster.

It should be noted that cells that have run out of their fission limit pose some danger. The fact is that they do not die immediately, but live for some time, which increases the likelihood of chronic diseases or even cancer.

To make the results of the study more accurate, scientists additionally assessed the epigenetics of young mothers. Epigenetics are molecular mechanisms that can alter gene activity.

Epigenetic changes can result from a wide variety of events, including even things like stress or diet. Epigenetic changes in turn affect subsequent gene activity. As we age, what is known as the «pattern of old age» forms on our DNA, meaning that epigenetics does not allow genes to work the way they did when we were young. Scientists have no difficulty determining the age of not only a cell, but of the entire organism, by the «pattern of old age.

How lack of sleep affects women

The findings are published in Sleep Health. The article says that in some women, the biological «clock» has gone strongly forward, that is, the process of their biological aging is significantly accelerated. The reasons for this are related to sleep. It is difficult for mothers to get enough sleep when a baby is born, especially when there is no one to leave the baby with.

And the rate of aging is depressing. Those women who slept less than seven hours in a year are three to seven years older than women who get enough sleep. This is due to the fact that lack of sleep leads to disorder of biorhythms, on which literally everything depends in our body, starting with metabolism and ending with the work of the brain.

The results of a study at the University of California, Los Angeles, showed that stress from lack of sleep accumulates in the body, which leads to premature aging. The research was limited to women, but it is highly unlikely that the situation is any different for men. Of course, rapid aging is not the only negative manifestation of sleep deprivation. Scientists have found that people who lack sleep have a harder time getting rid of excess weight.