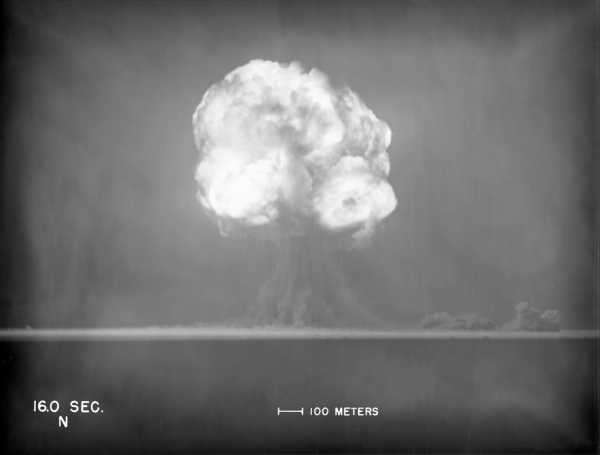 Explosions, both natural and man-made, have caused awe and terror for centuries. Here are 10 of the most powerful explosions the world has ever seen, with a surprise honorable mention at the end. 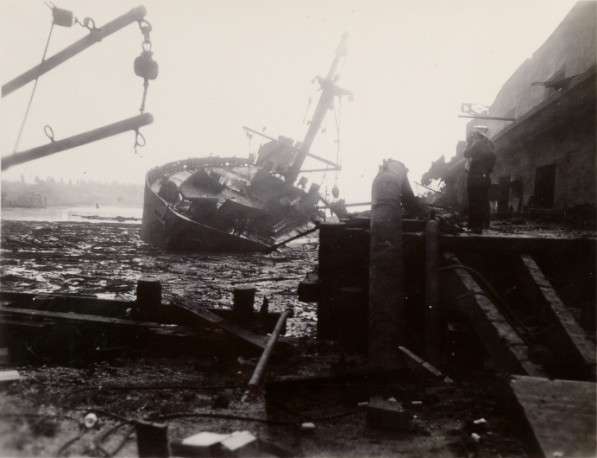 Ship #2 destroyed in second explosion in Houston, Texas, in 1947.

A fire onboard the cargo ship SS Grandcamp docked at Texas City in 1947 detonated 2,300 tons of ammonium nitrate, a compound used in fertilizers and high explosives. The explosion blew two planes out of the sky and triggered a chain reaction that detonated nearby refineries as well as a neighboring cargo ship carrying another 1,000 tons of ammonium nitrate. The disaster killed roughly 600 people and injured roughly 3,500, and is generally considered the worst industrial accident in U.S. history. 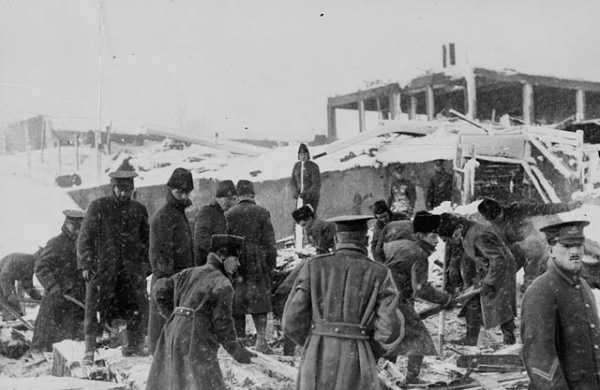 Soldiers engaged in rescue work after the explosion in Halifax, Canada, in 1917.

In 1917, a French cargo ship fully loaded with explosives for World War I accidentally collided with a Belgian vessel in the harbor of Halifax, Canada. It exploded with more force than any man-made explosion before it, equivalent to roughly 3 kilotons of TNT. The blast sent a white plume billowing 20,000 feet (6,100 meters) above the city and provoked a tsunami that washed up as high as 60 feet (18 meters). For nearly 1.2 miles (2 km) surrounding the blast center, there was total devastation, and roughly 2,000 people were killed and 9,000 injured. It remains the world’s largest artificial accidental explosion. 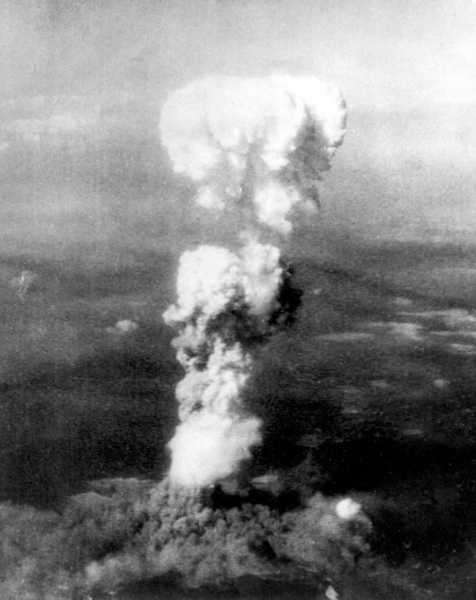 At the time this photo was taken, smoke billowed 20,000 feet above Hiroshima while smoke from the burst of the first atomic bomb had spread over 10,000 feet on the target at the base of the rising column. August 5, 1945. Two planes of the 509th Composite Group, part of the 313th Wing of the 20th Air Force, participated in this mission; one to carry the bomb, and the other to act as escort.

In 1986, a nuclear reactor exploded at Chernobyl in Ukraine, then part of the Soviet Union. It was the worst nuclear accident in history. The blast, which blew the 2,000-ton lid off the reactor, sent out 400 times more radioactive fallout than the Hiroshima bomb, contaminating more than 77,000 square miles (200,000 square km) of Europe. Roughly 600,000 people were exposed to high doses of radiation, and more than 350,000 people had to be evacuated from contaminated areas. 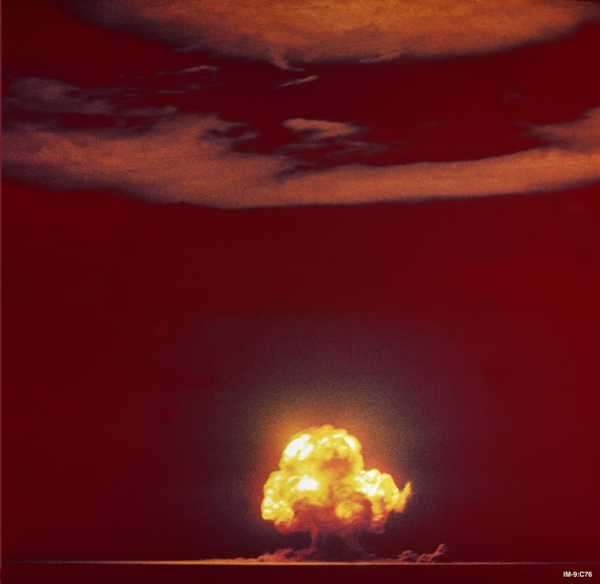 Jack Aeby’s still photo is the only known well-exposed color photograph of the detonation of the Trinity nuclear test.

The first atom bomb in history, dubbed «the gadget,» was detonated at the Trinity Site near Alamogordo, N.M., in 1945, exploding with a force of roughly 20 kilotons of TNT. Scientist J. Robert Oppenheimer later said that while he watched the test, he thought of a line from the Hindu scripture the Bhagavad Gita: «I am become Death, the destroyer of worlds.» Nuclear weapons later ended World War II and ushered in decades of fear of nuclear annihilation. Scientists recently found that civilians in New Mexico may have been exposed to thousands of times the recommended level of public radiation. 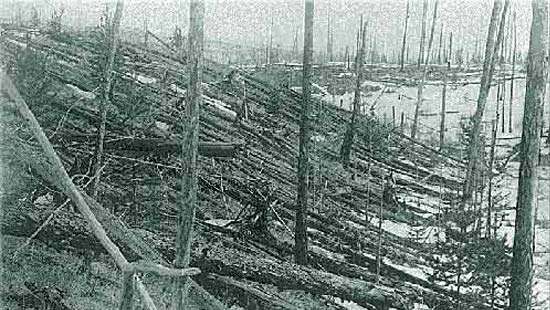 The mysterious explosion near the Podkamennaya Tunguska River in 1908 flattened some 500,000 acres (2,000 square kilometers) of Siberian forest, an area nearly the size of Tokyo. Scientists think the blast was caused by a cosmic impact from an asteroid or comet perhaps 65 feet (20 meters) in diameter and 185,000 metric tons in mass — more than seven times that of the Titanic. The resulting explosion could have been roughly as strong as four megatons of TNT — 250 times more powerful than the atom bomb dropped on Hiroshima. 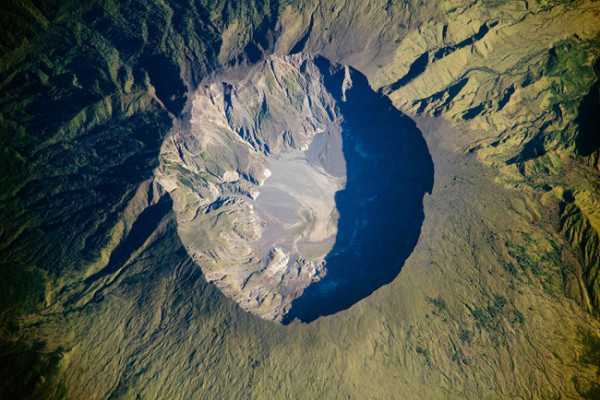 This detailed astronaut photograph depicts the summit caldera of the Tambora volcano. The volcano last erupted almost 200 years ago.

In 1815, Mount Tambora in Indonesia exploded with the force of roughly 1,000 megatons of TNT, the largest volcanic eruption in recorded history. The blast hurled out roughly 140 billion tons of magma and not only killed more than 71,000 people on the island of Sumbawa and nearby Lombok, but the ash it released created global climate anomalies. The following year, 1816, became known as the Year Without a Summer, with snow falling in June in Albany, N.Y., river ice seen in July in Pennsylvania, and hundreds of thousands of people dying of famine worldwide. 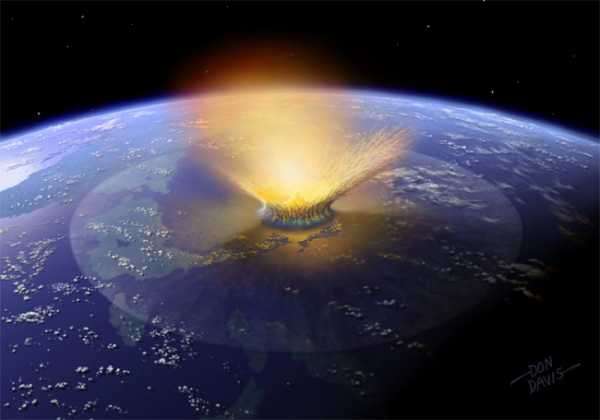 Researchers speculate a giant fragment produced by a collision between two asteroids smashed into Earth 65 million years ago, creating the Chicxulub crater off the coast of the Yucatan.

The Age of Dinosaurs ended in a cataclysm roughly 65 million years ago that killed off roughly half of all species on the planet. Although research suggests the planet was on the verge of an environmental crisis before the Cretaceous-Tertiary or K-T extinction, the straw that broke the dinosaur’s back is widely thought to have been a cosmic impact with an asteroid or comet some six miles (10 km) wide, exploding with the force of roughly 10,000 gigatons of TNT, or some 1,000 times the size of the world’s nuclear arsenal. The collision would have blanketed the world with dust, ignited global firestorms and triggered tsunamis thousands of feet high. A vast crater roughly 110 miles (180 km) wide at Chicxulub on the coast of Mexico may be the blast site. 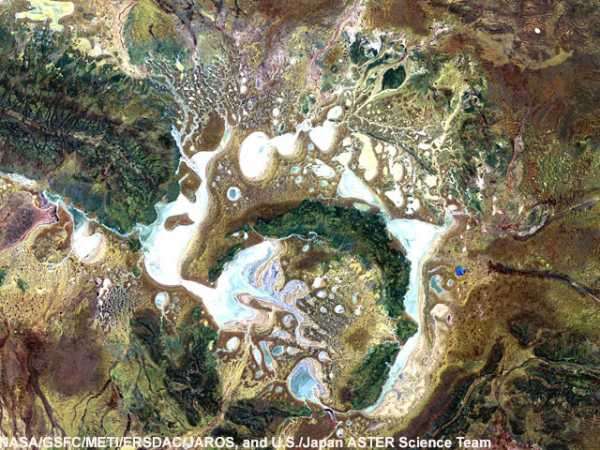 The Shoemaker Impact Structure, Australia, was previously referred to as Teague Ring; it is now named in honor of the late Eugene Shoemaker, a renowned earth and planetary geologist affiliated with Caltech and the US Geological Survey. The precise age of the impact is unknown, but it is estimated between 1000 and 600 million years ago. The structure is 30 km in diameter, and is most easily recognized by the deformation of the resistant ironstones of the Frere Formation, shown in dark green on the image. Low lying areas are salt-encrusted seasonal and dry lakes. This band 3-2-1 ASTER composite was acquired November 4, 2000, covers an area of 44.2 x 45.5 km, and is centered near 25.9 degrees South, 120.9 degrees East.

The comet Shoemaker-Levy 9 collided spectacularly with Jupiter in 1994. The giant planet’s gravitational pull ripped the comet apart into fragments up to 1.8 miles (3 km) wide, and they struck at 37 miles (60 km) per second, resulting in 21 visible impacts. The largest collision created a fireball that rose about 1,800 miles (3,000 km) above the Jovian cloudtops as well as a giant dark spot more than 7,460 miles (12,000 km) across — about the size of the Earth — and was estimated to have exploded with the force of 6,000 gigatons of TNT. 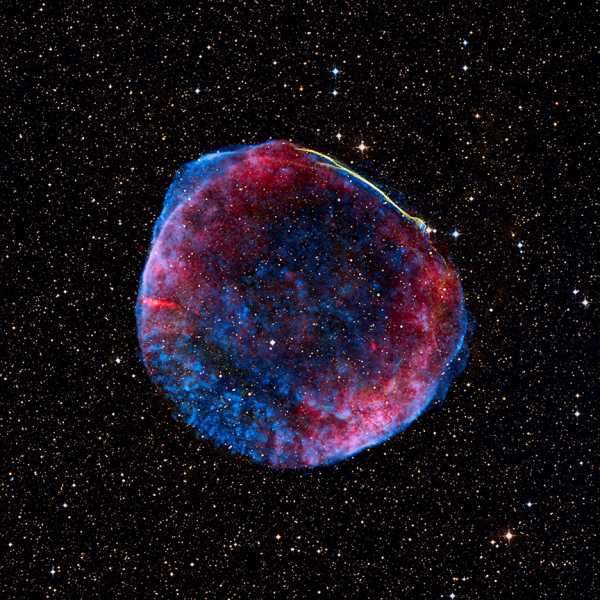 Supernovas are exploding stars that often briefly outshine entire galaxies. The brightest recorded supernova in history was sighted in the constellation Lupus (Latin for wolf) in the spring of 1006. The extraordinary golden explosion now known as SN 1006 took place roughly 7,100 light years away in a fairly nearby part of the galaxy, and was bright enough to cast shadows and read by at night, remaining visible for months in the daytime. 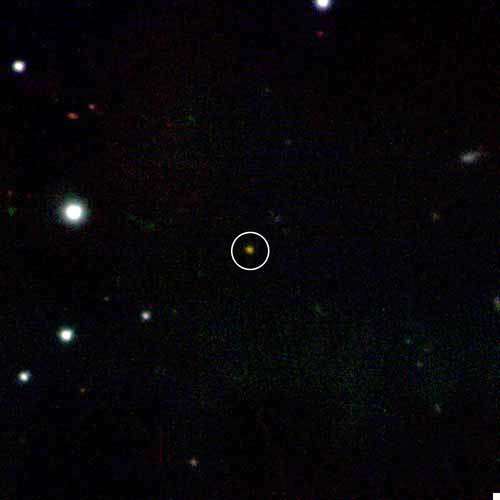 Once a gamma-ray burst is detected from space, other telescopes take a look. Here, the fading infrared afterglow of GRB 090423 appears in the center of this false-color image taken with the Gemini North Telescope in Hawaii. The burst is the farthest cosmic explosion yet seen.

Gamma ray bursts are the most powerful explosions known in the universe. The light from the most distant gamma ray burst seen yet, dubbed GRB 090423, reached our world even from about 13 billion light-years away this year. That explosion, which lasted just a little more than a second, released roughly 100 times more energy than our sun will release in its entire 10 billion year lifetime. It likely originated from a dying star 30 to 100 times larger than the sun.

The universe was born in the Big Bang, theorists say. Although it is often thought of as an explosion — perhaps because of its very name — it actually wasn’t. In the very beginning, the universe was super-hot and extraordinarily dense. The common misconception is that the universe then exploded out from a single, central point into space. The reality appears to be much stranger — instead, the fabric of space itself seems to have stretched, and as it expanded it carried galaxies along with it like raisins in a rising loaf of bread.

Hairstylists with COVID-19 didn’t infect any of their 140 clients. Face...

Does your personality change as you get older?