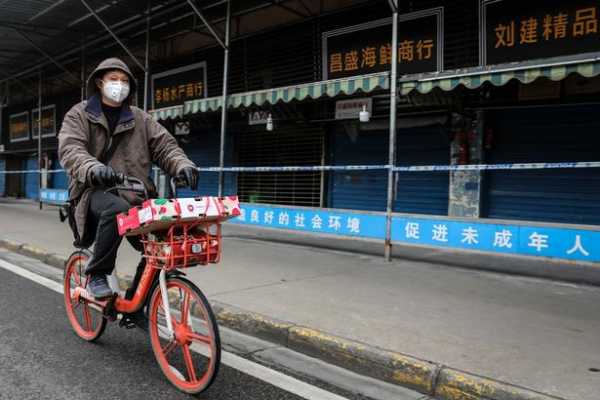 Figures released by China show the spread of coronavirus is rapidly slowing, suggesting the state’s hardline measures are working, as quarantine measures in some cities are relaxed

China appears to be winning the war on coronavirus with new cases dropping to just 44 – suggesting the state's hardline approach is working.

So far the deadly bug, now named COVID-19 by medical professionals, has infected more than 100,000 and killed 3,600 globally, with the vast majority in mainland China.

But new figures show its spread is slowing with 99 fresh infections reported on March 6, the lowest increase since January, while yesterday that number fell to just 44, with 27 new deaths recorded.

In the UK, the number of new cases jumped by 45 to 209 yesterday, making it the first time the recorded spread here has been similar to that in China

It may suggest the infamously hardline state's 'iron grip' policy, which has seen tens of millions of its 1.3 billion people quarantined, is working.

A man wears a mask while riding past the closed Huanan Seafood Wholesale Market, which has been linked to cases of Coronavirus
(Image: Getty Images) 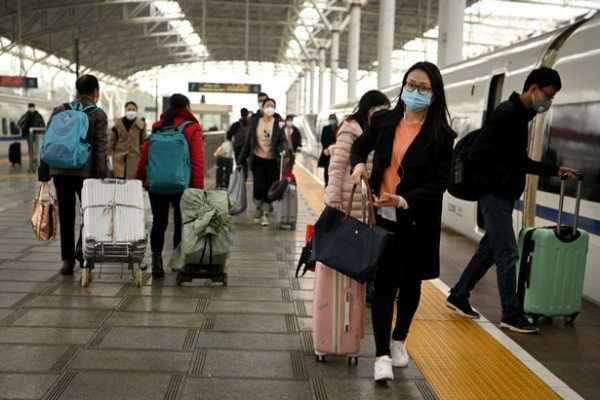 However keeping people away from work and children away from school has come at great cost to the national economy and has left millions isolated.

In epicentre province Hubei 56 million have been penned in since January and many of capital Wuhan's 11 million citizens are banned from leaving their homes.

People have reported losing their jobs as a result of the quarantine, with others saying there are food shortages in their communities.

Meanwhile domestic violence charities were experiencing a spike in reported cases triggered by families being couped up in their homes for weeks on end.

Some people voiced concern that when the lock down is lifted the virus will make a come back due to how widespread it has become and how difficult mild cases can be to spot.

Due to the measures the spread of the virus now seems to be confined to Hubei in the centre of the country, with all the deaths and all except three of the new cases reported there.

The three cases outside Hubei had all come back to China from abroad, two to Beijing from Italy and Spain and one from an unknown location to the north western Gansu province.

To date 63 cases have been brought to China from elsewhere. 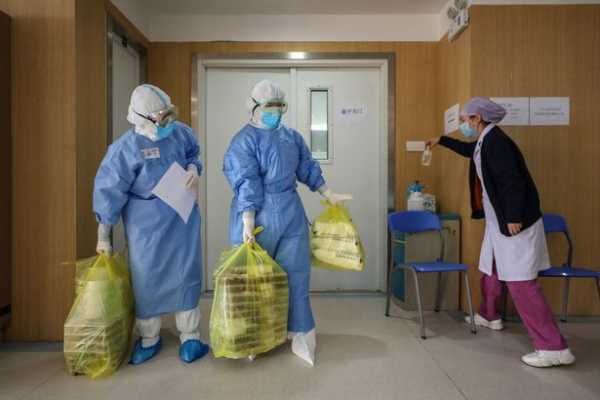 A drop in infections provides a glimmer of light as global cases shoot past 100,000.

Yesterday, Chinese state media reported Wuhan, where the outbreak started back in December, was closing one of its 16 makeshift hospitals.

Mi Feng, a spokesperson for China's National Health Commission, previously said: "The rapid rising trend of virus cases in Wuhan has been controlled. Outbreaks in Hubei [province] outside of Wuhan are curbed and provinces outside of Hubei are showing a positive trend." 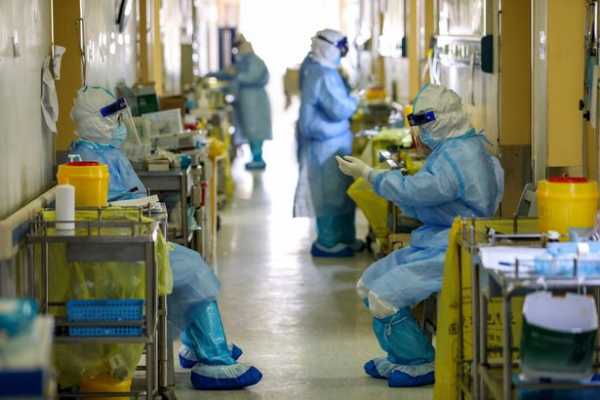 Nurses work in the aisle in a hospital designated for COVID-19 patients in Wuhan
(Image: Barcroft Media via Getty Images)

It's still not entirely clear how coronavirus was transmitted to humans from animals but the virus – which causes a fever, lesions in the lungs and respiratory problems – can be traced to Huanan Seafood Wholesale Market in Wuhan from which a number of exotic animals were being traded.

It's thought it was initially passed from bats to a host, with snakes, and even pangolins in the frame.