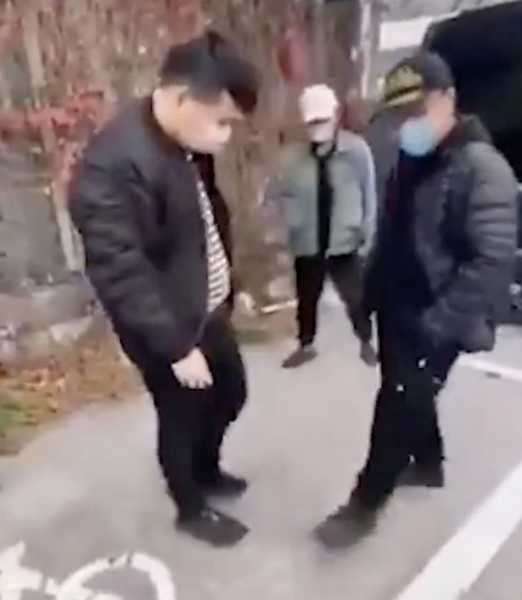 A group of men apparently ditch the handshake and tap feet in the amusing clip that has since gone viral on social media with over 50,000 views in Coronavirus-plagued Wuhan

Chinese people have apparently adopted a foot-to-foot greeting dubbed the 'Wuhan shake' after the spread of coronavirus left people afraid to shake hands.

Footage of the unusual hands-free salutation has gone viral on social media showing a group of masked men saying hello by tapping each other's feet.

The video has been viewed on Twitter more than 50,000 times as users praise the creative welcome which makes light of the recent health crisis.

“People in China found another way to greet since they can’t shake hands,” wrote one person who shared the clip.

“I love how people can adapt and keep a sense of humor about stressful situations.”

The men wearing face masks touch feet in a bid to ward of the virus
(Image: YouTube)

One person said: "Being born without arms, people often ask how I like to be greeted. This is my kind of greeting!"

“Be prepared for a mass outbreak of athlete’s foot!”, another person joked.

People around the world are rejecting handshakes and refusing kisses in an attempt to reduce the spread of the disease.

Swiss people should consider dropping the everyday greeting of kissing each other on the cheeks to avoid spreading the coronavirus, the health minister said. 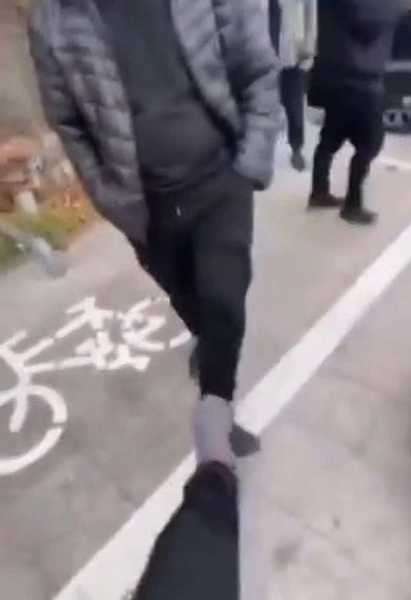 The video has been widely shared on social media
(Image: YouTube)

Meanwhile, France has also recommended that the customary 'La Bise' greeting should be dropped.

British Prime Minister Boris Johnson said on Tuesday that coronavirus would not stop him greeting people with a handshake, adding that he had shaken the hands of everyone at a hospital where infected patients were being treated.

Mr Johnson told reporters at a press conference in Downing Street: "I am shaking hands. I was at a hospital the other night where I think there were coronavirus patients and I was shaking hands with everybody, you will be pleased to know, and I continue to shake hands.

"People must make up their own minds but I think the scientific evidence is … our judgment is that washing your hands is the crucial thing."

Over 3,000 people have died from the virus, which has spread to more than 60 countries with nearly 90,000 people infected.

Today, the number of cases in Britain has risen by nearly a third to 51, with Mr Johnson unveiling his "battle plan" to protect the country from the infection .