CORONAVIRUS is causing panic worldwide – but the deadly outbreak may have been predicted during a 2011 Steven Soderbergh film, which a scientist claimed was not too far from the truth.

Confirmed cases of the deadly virus are etching towards 100,000, as more than 3,100 people have died. Today, Boris Johnson unveiled his 28-page “Action Plan” which included putting the Army on standby as the UK prepares for the worst-case scenario. The head of the World Health Organisation (WHO) has admitted that public health officials are operating in “uncharted territory” as they combat the spread in 73 countries.

But, their worst fears may have already been predicted, if claims online from fans of 2011 film “Contagion” are anything to go by.

The Steven Soderbergh production depicts the outbreak of an epidemic in China as the scientific community races to contain a fictional virus, called MEV-1.

Some online believe the plot, which stars Matt Damon, Gwyneth Paltrow, Jude Law and Kate Winslet, mirrors what is happening today, taking to Twitter to share their concerns.

One tweet read: “My fears from the movie Contagion finally coming true thanks to the coronavirus.” 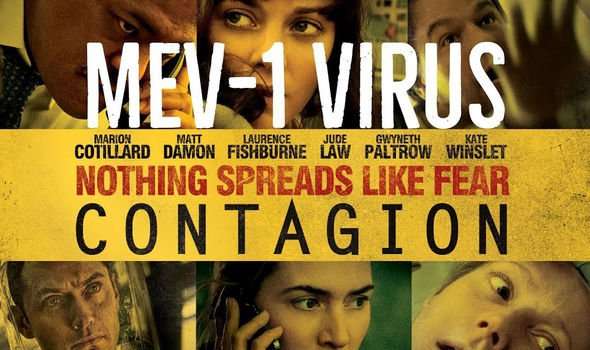 Another said: “This coronavirus epidemic is so similar to the movie Contagion.”

In the film, conspiracy theorist Alan Krumwiede spreads misinformation about the government having a cure for the virus spread by bats, creating increased panic.

The film also shows officials responding to the outbreak by putting economic concerns ahead of public well-being, deciding to keep the extent of the disease secret from the public, much like the Chinese Government in the early stages of COVID-19.

JUST IN: Coronavirus: Scotland, Wales and Northern Ireland ALL ‘better prepared than England’ 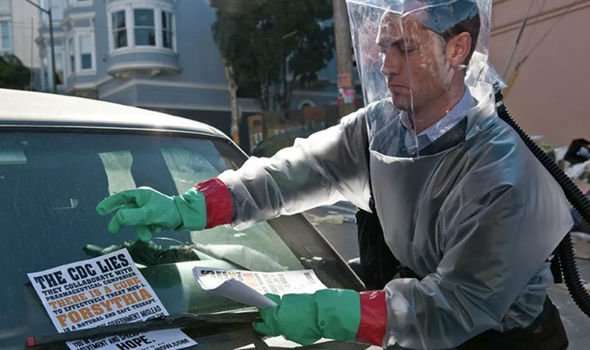 Speaking after Contagion was released, a leading scientist said it may not be far from reality.

Dr Ian Lipkin admitted in 2011: “Scientists have been accused of overreacting and crying wolf over the threat of virus outbreaks after the influenza pandemic of 2009.

“Outbreaks and pandemics will occur in the future and we need to get our heads out of the sand and realise the real risks that we face.

“More than three-quarters of all emerging infectious diseases originate when microbes jump from wildlife to humans.

“Our vulnerability to such diseases has been heightened by the growth in international travel and the globalisation of food production.” 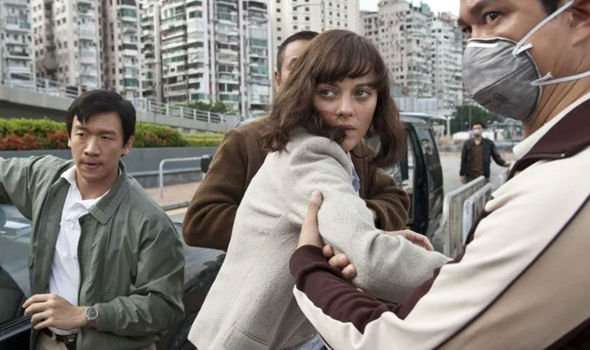 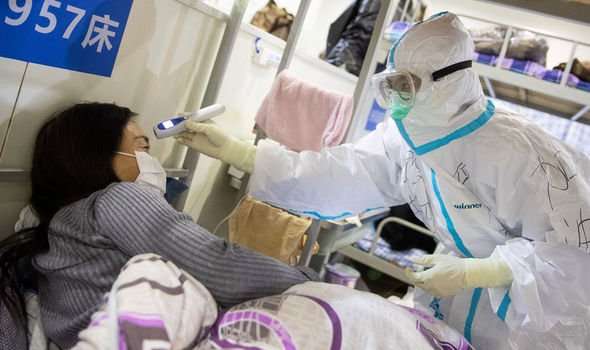 Dr Lipkin also warned of other potential hazards for the future.

He added: “In addition, deforestation and urbanisation continue to displace wildlife, increasing the probability that wild creatures will come into contact with domesticated animals and humans.

“When I was a kid, the launching of Sputnik made us aware that the US was falling behind the Soviet Union in the race for space.

“Now all of us are in a battle that is potentially devastating, only it is not against another country but against microbes.”