A doctor who got in trouble with Chinese authorities after trying to issue the first warning about coronavirus before it became a global outbreak has died.

Li Wenliang, one of the eight whistleblowers who tried to warn of the virus, has been confirmed dead after earlier claims he was still alive.

There were contradictory reports over the doctor's death, after the same Chinese media reported he was still alive.

Journalists and doctors at the scene told the BBC government officials had intervened in official state media reports, ordering them to change their stories to say the doctor was being kept alive with a blood oxygenation technique.

However the hospital where he was being treated in Wuhan, the city where the virus originated, confirmed he had in fact died. 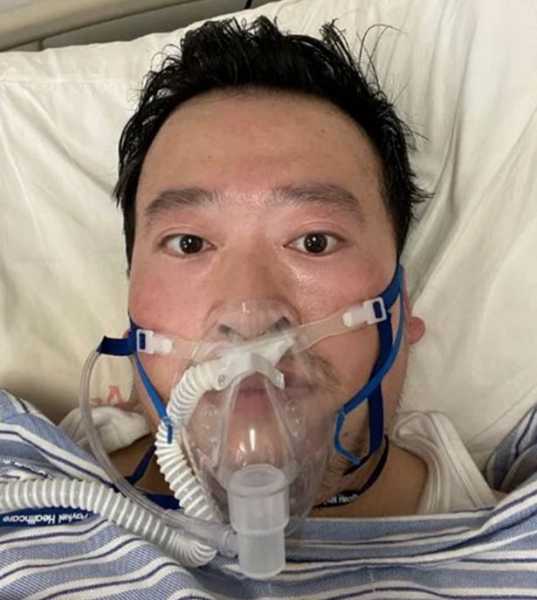 The outlets then later reported the new time of Dr Li's death at Wuhan Central Hospital, the same hospital he himself had been treating coronavirus patients at when he contracted the deadly illness.

The 34-year-old opthalmologist had been arrested for trying to spread word of the new and frightening virus.

He caught the sickness after unknowingly treating a patent who was suffering from the virus.

The medic, who was reportedly expecting his second child with his wife, had been forced to sign a document saying his warning actions were illegal.

He had sent a message to a group chat of medical students on December 30 saying "quarantined in the emergency department" and warning them to wear protective clothing to avoid infection.

One member of the group chat replied saying "so frightening", before asking if it could become as serious as the SARS epidemic that began in China and killed 800 people in 2003.

Three days after sending his message, Dr Wenliang, 34, was arrested in the middle of the night when police turned up at his home and ordered him to stop making 'false comments'. 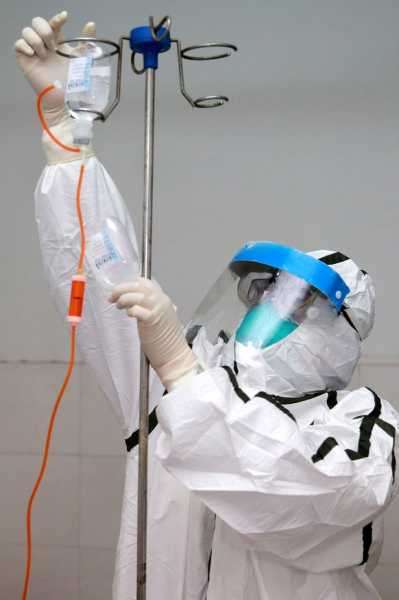 A medic works in the isolation zone for coronavirus patients in a hospital in Huaibei city
(Image: Barcroft Media via Getty Images) 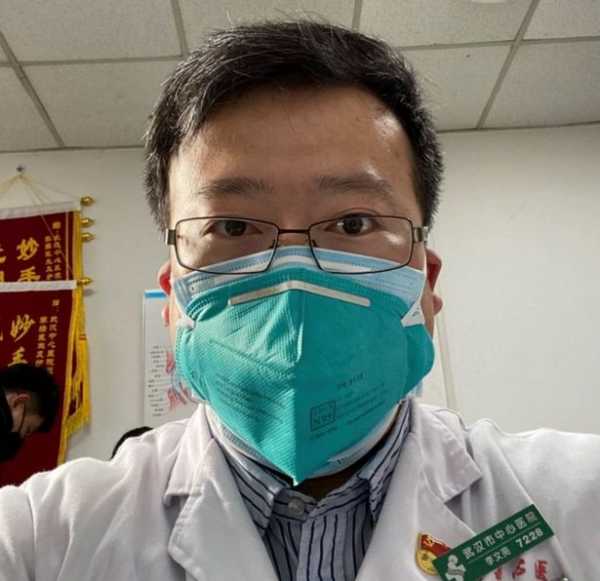 Dr Li was one of a number of so-called "rumourmongers" who are said to have been warned over speaking out about the seriousness of the situation in its early days, reports CNN.

The court ruling said: “It might have been a fortunate thing for containing the new coronavirus, if the public had listened to this ‘rumor’ at the time, and adopted measures such as wearing masks, strict disinfection and avoiding going to the wildlife market."

The BBC reports Chinese social media platforms including Weibo have been flooded with messages of grief after his death.

China's People's Daily news site tweeted: "We deeply mourn the death of Wuhan doctor Li Wenliang, who unfortunately got infected with novel Coronavirus while battling with the epidemic. After all-effort rescue, Li passed away on 2:58 am, Feb. 7."

The death toll from the virus in mainland China has now reached 563, with more than 28,000 confirmed infections.

There are three confirmed cases in the UK so far.